It was just Tom and Niel swimming this morning with conditions the same as on Tuesday; overcast, grey, still air, calm seas, a glassy water surface and a water temperature of 58 to 59 degrees.  Tom and I decided to do Tuesday's route in reverse, west to the 4th buoy, over to the CP Pier, to the end of the Avila Pier, to an unmarked spot off of Fossil Point near the kelp beds, to the 4th buoy on the east side and back to the start. 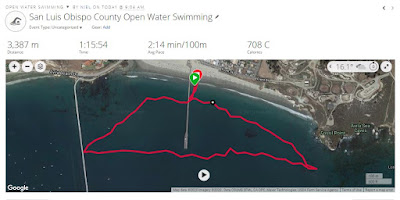 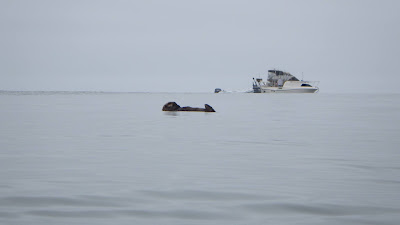 This otter has been hanging out near the first buoy on the east side of the Avila Pier for about a week. It seems to be asleep and so relaxed and comfortable, Tom and I tried it out. 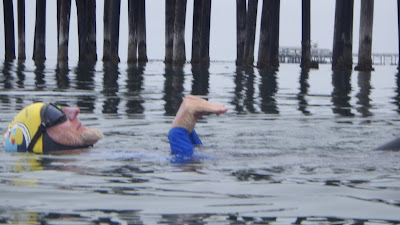 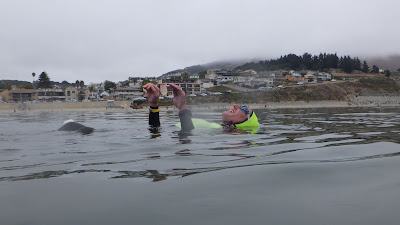 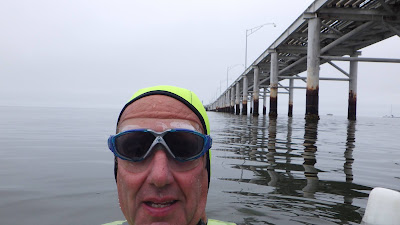 Niel over at the Cal Poly Pier.
At the 4th buoy on the west side Tom and I split up. He is both a faster swimmer and wears less neoprene than I do so he gets cold waiting for me. 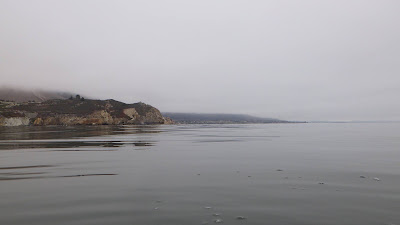 The view from the end of the Avila Pier to the next spot on this route off of Fossil Point. The hills behind Shell Beach are in the background. I aimed for the middle of the Shell Beach hills until I was close enough to Fossil Point to see where the kelp beds were. 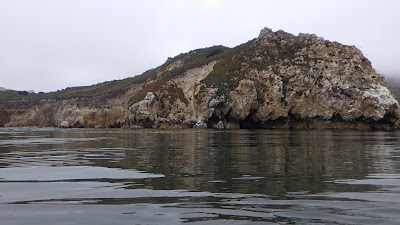 Fossil Point. I have kelp beds behind me, to my right and left
and between me and the point.
From here is swam to the 4th buoy on the east side and down the buoy line to Mr. Otter's buoy at the start. 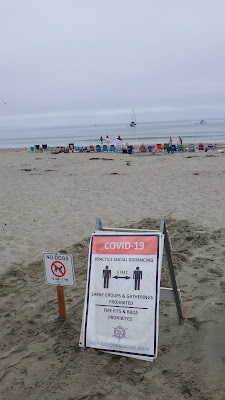 What's wrong with this picture?

A group of 30 sand chairs was set up this morning I walked up the beach to my stuff.

We will swim at 9:30 on Saturday morning.