We had more nice conditions today; sunny, scattered clouds, offshore breezes, 4'+ surf and water that had warmed up to 52 degrees.  Duke, Niel and Ed swam while Ruta, Sylvia and Brad enjoyed the warmth up close to the sea wall.  We began on the right side of the pier, swam out and headed parallel to the shore towards the mouth of the creek.  There was no chop, just the swells rolling under us, so the swimming was easy.  Once my hands, feet and face numbed up the swimming was quite nice.  When we grouped up at the mouth of the creek we decided to go over to the Poly Pier and double back.  Ed had never been over to this pier so it would be something new for him.  We stayed closer to shore than usual, taking a line that would have us intersect the Poly Pier much closer to the shore than our usual route.  This line took us over the stretch of rocky bottom that is dense with kelp in the summer but this time of the year we just had to do a bit of weaving around the few remaining strands.  I thought that it was like flying through the canopy of a forest.  We took a course back that missed more of the kelp and swam directly to the Avila Pier and in.  We covered just over a mile in a total of 35 minutes.
There is no map of today's swim because I had my first malfunction with the Finis GPS today.  Either it never achieved a GPS lock or I messed up with the buttons. Since the indicator lights cannot be seen in full sunlight launching the unit can involve a certain amount of trust.  Perhaps this is an opportunity for an inventive entrepreneurial person with an interest in sports products to come up with a new product. 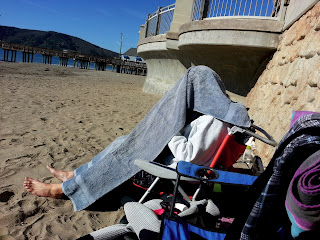 Thanks to Rob for the photo of me and my gps cloak. 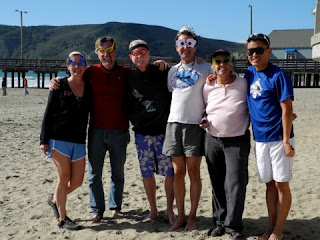 Kris dropped by with cookies and costumes to celebrate my birthday.  I got to find out how I look in a tiara! 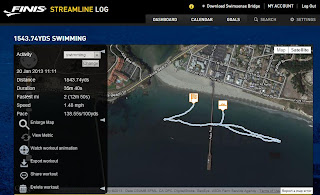 It was beautiful at Avila today, warm, sunny, very clear and no wind.  The only thing that said 'winter' was the water temperature of 50 degrees.  The big waves that were predicted for the west facing beaches were not putting in much of an appearance on Avila's south facing beach; it was flat except for occasional sets of long swells that were producing 3' waves.  We had a nice group today; Niel, Rob, John and Byron were joined by Kyle, and Matt who had each been out with us once before and Emily, who was here for her first time with us.  Dale, Sylvia, Rhonda and Sharlene were very happy to enjoy the sun on the beach and to be ready to help us thaw out after the swim.  We decided to swim what would have been the buoy line if there had been any buoys.  We went out, turned left and swam parallel to the beach until we were even with the end of the sea wall, and returned to the pier.  We had to time our pass under the pier because the swell was causing quite a surge, enough to move me back and forth the distance between two pilings.  Waiting for the slack between the sets made it easy enough.  We continued parallel to the beach until we were off of the mouth of the creek and then took a direct line to the shore at the base of the pier.  We covered .9 mile in 35 minutes.
Today's forecast is for a chance of rain next weekend.  We'll see how that shapes up and see if we get enough rain to cancel Sunday's swim. 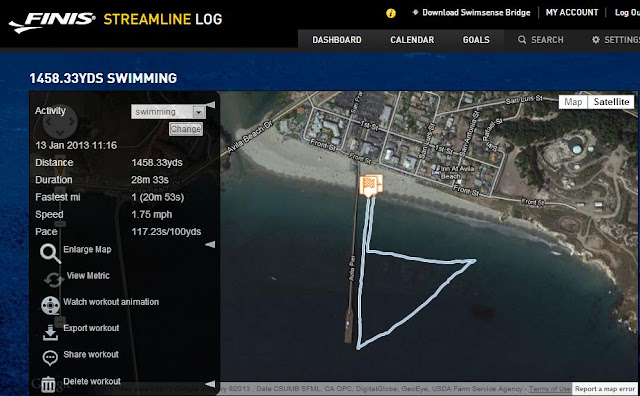 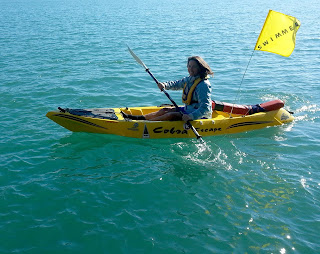 Caution was a good idea last Sunday.  I received this e-mail from Liberty Amundson this morning;

After that rain there was dirty water just about everywhere.

We are sitting out another Sunday because that was too much rain to be comfortable with the water quality, so for those of you who missed it, a bit of ocean humor.

Conditions on next Sunday look favorable (maybe very nice) at this point. 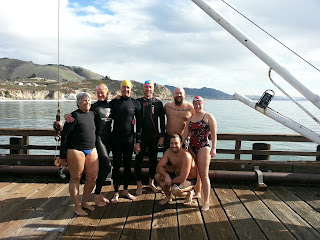 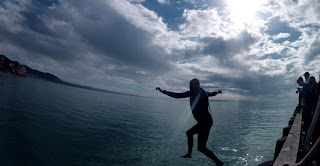 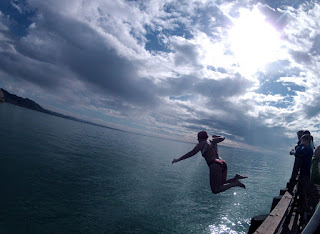 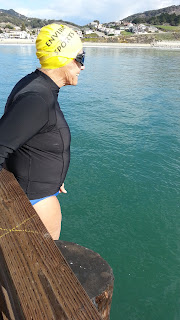 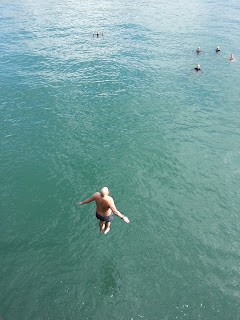 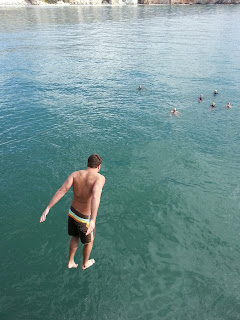 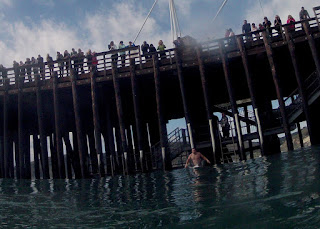 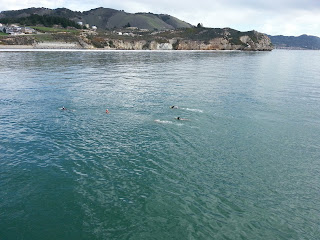 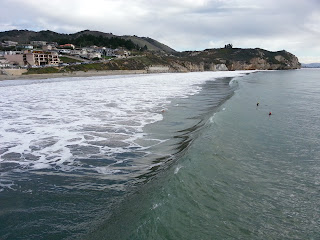 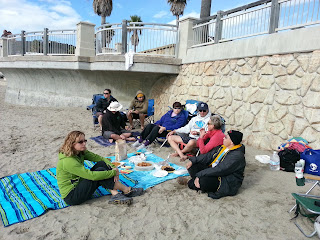