Duke, Niel, Lee, Eric (now spelled correctly), Amy 1, Tom Lorish, Drina and Ali all had a real ocean swim experience today.  It was sunny and comfortable but the wind was out of the SW and picking up. The water was 54 degrees and we the swim zone buoys are back.  At 11 o'clock the water was white capped in past the end of the pier. We decided to swim out to the end of the pier, to Fossil Point and then back along the shore to where we started.  The swim out to the end of the pier was much bumpier that I had anticipated.  When I looked up to spot the group at the end of the pier I was looking right into a breaking whitecap.  This was only the first mouthful of water I was going to get on this swim. We grouped up at the end of the pier and headed towards the point.  We were swimming across the chop at an angle, getting tossed and bent by the waves. The chop was high enough that finding the other swimmers required stopping and getting on top of a swell, so there were a lot of course corrections. We swam into a strong current  on the way back to the pier that did lay down as we got close to the pier.  This swim was more work and real ocean fun that I have had in some time.  1.2 miles in 42 minutes from start to finish. 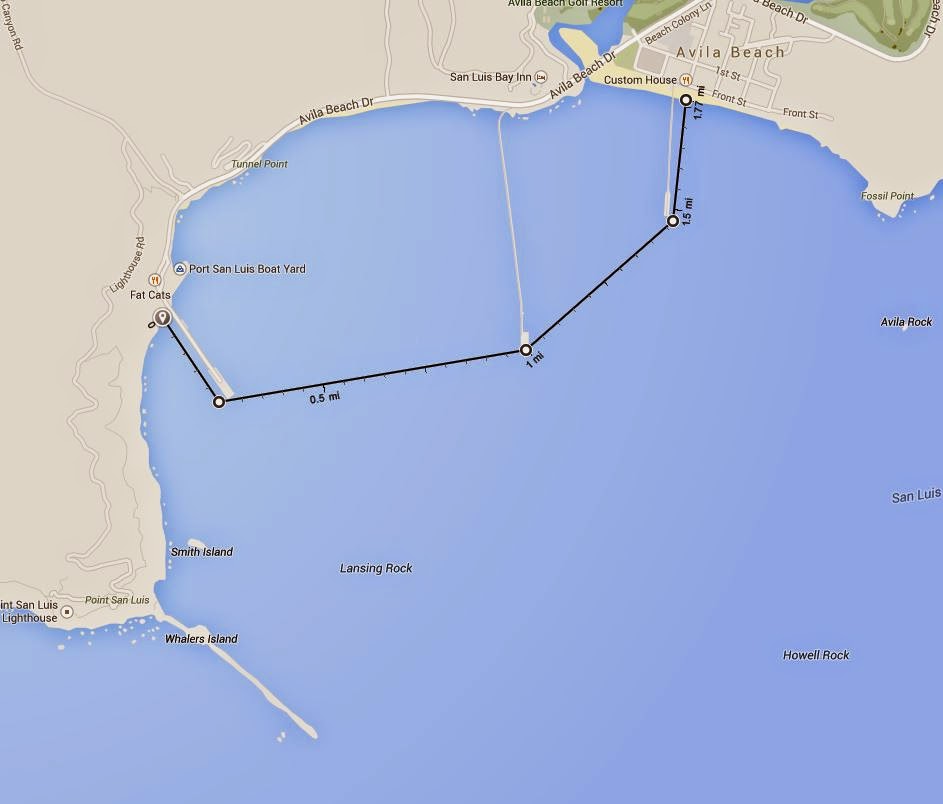 There will be a potluck lunch afterwards. We will need paddlers. Three or four kayaks, paddleboards or SUP's would be a nice level of support and give us a good profile in the water.  The majority of the route is a half mile offshore so you should be an experienced open water swimmer to consider this swim.
This will be a great way to start the holiday.
You can post your interest on the Central Coast Open Water Google Group, respond on this  site or talk to me at the beach.

Thanks to Amy 1 for writing up the swim blog;  niel

When we arrived pier-side, we were greeted by dolphins cavorting well inside the buoy line. Both the reappearance of the buoys and the dolphins gave us cheer as harbingers of spring and safe waters. The morning was overcast, cool, with little swell, although the swell increased by the time we put in. Without Neil, we had no confirmation of water temp, so, by fiat, I’ll put it at 54 degrees.

Suiting up were Duke, Amy1, Casey, Erik, Drina and Amy2. The non-suited included Pete and Sylvia, who took their own ever-hardy ocean paths. The rest of us made our entry, met up at the first buoy and turned toward the point. We converged at the last (fourth) buoy, did some bobbing and headed back to the first buoy. This was Amy 2’s first trip under the pier, so we discussed do’s and don’ts, as in: “do watch where you’re going,” “don’t go under near a fishing line,” “don’t swim into a piling.” We will review the list when John Hampsey again joins us, since he has been known to be pier-challenged. All succeeded the passage and we were on to the creek buoy, back to and under the pier. Duke announced that this event required a loop back around the first buoy (buoy on the left shoulder) and into shore. Those who did not make the required loop were disqualified. I had no competition for last place in this event.

Although the dolphins neglected to ceremoniously lead us back to shore, the sun was out by the time we beached. Great swim. I have no idea how long it took. 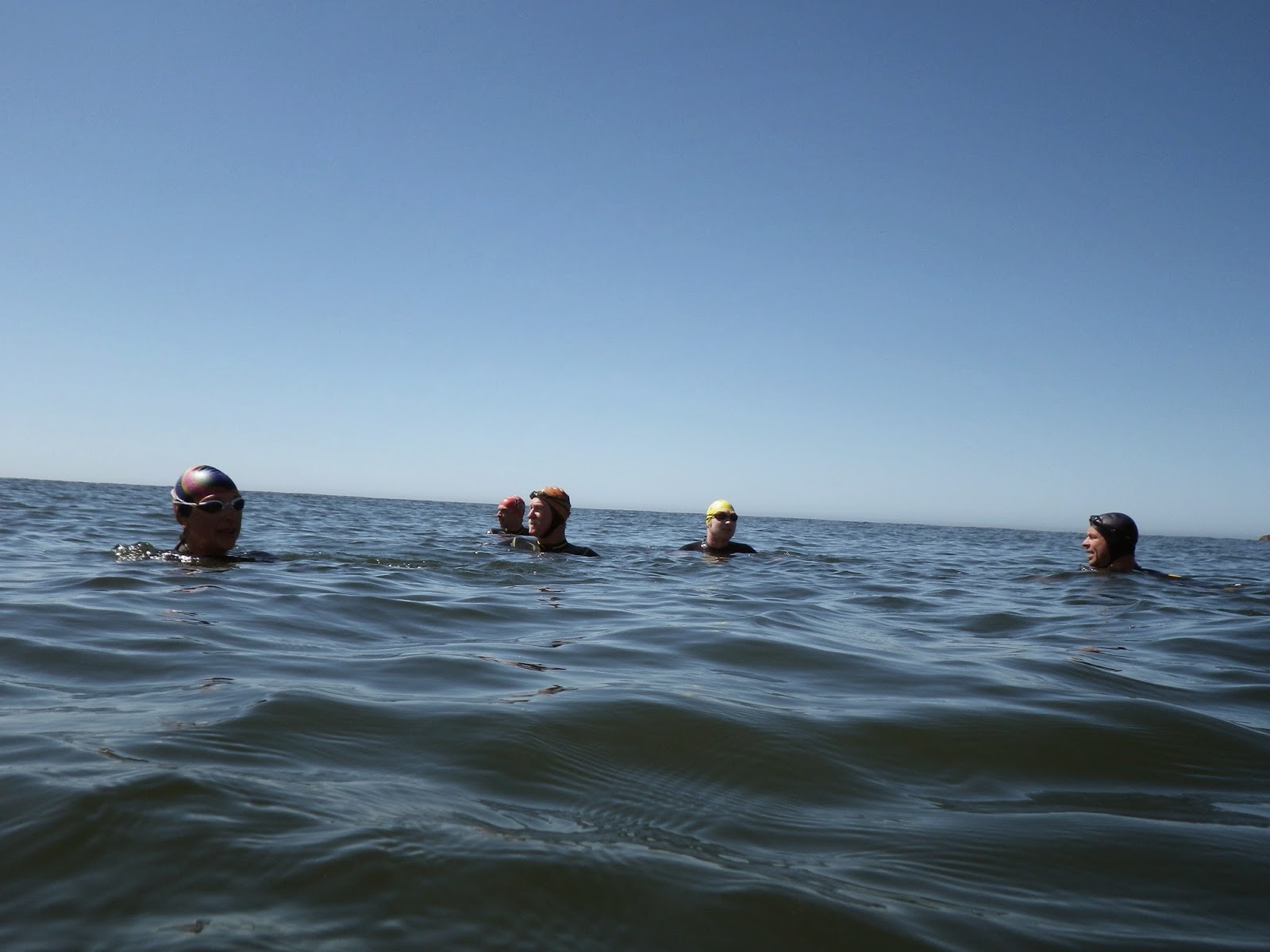 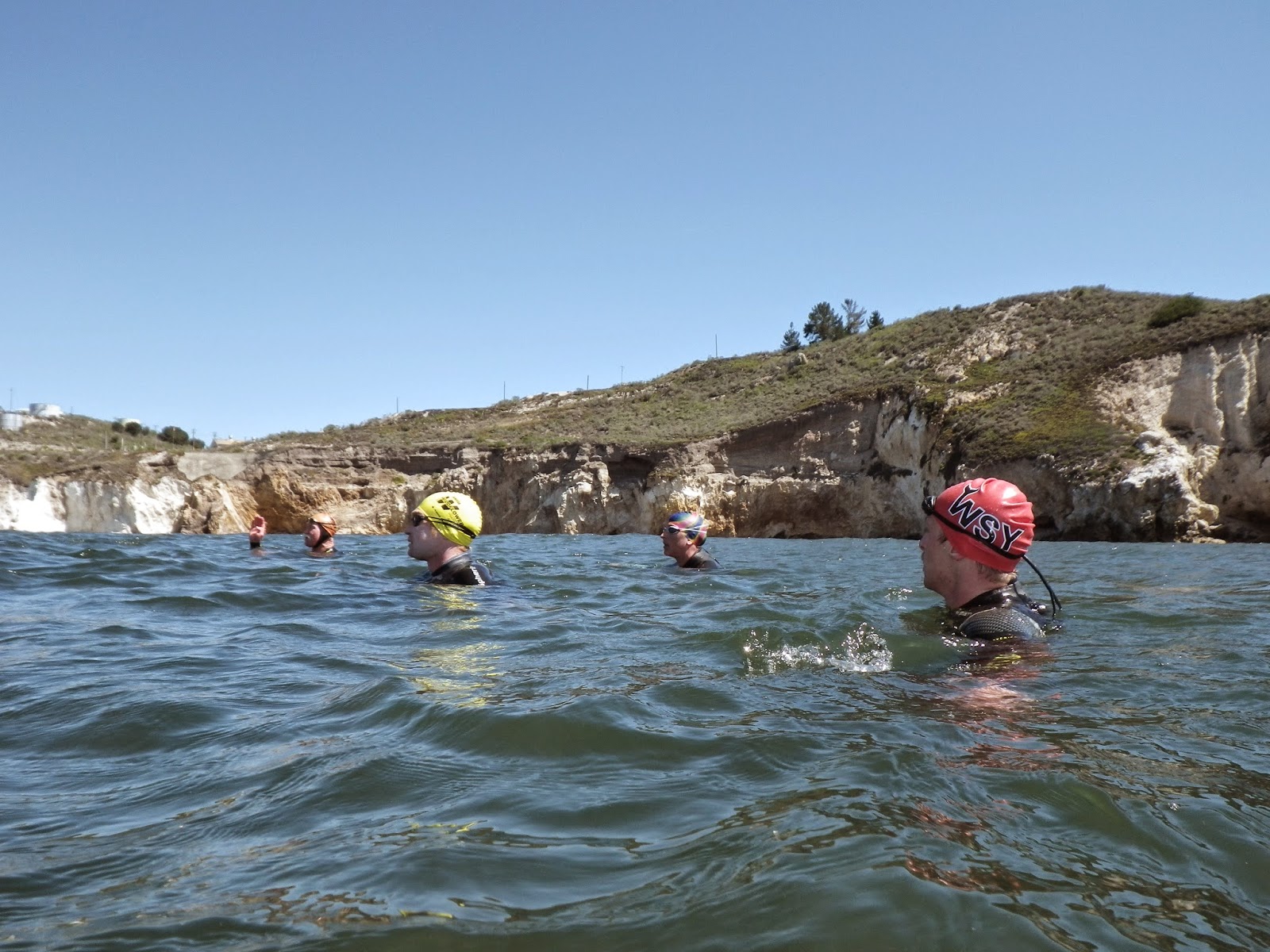 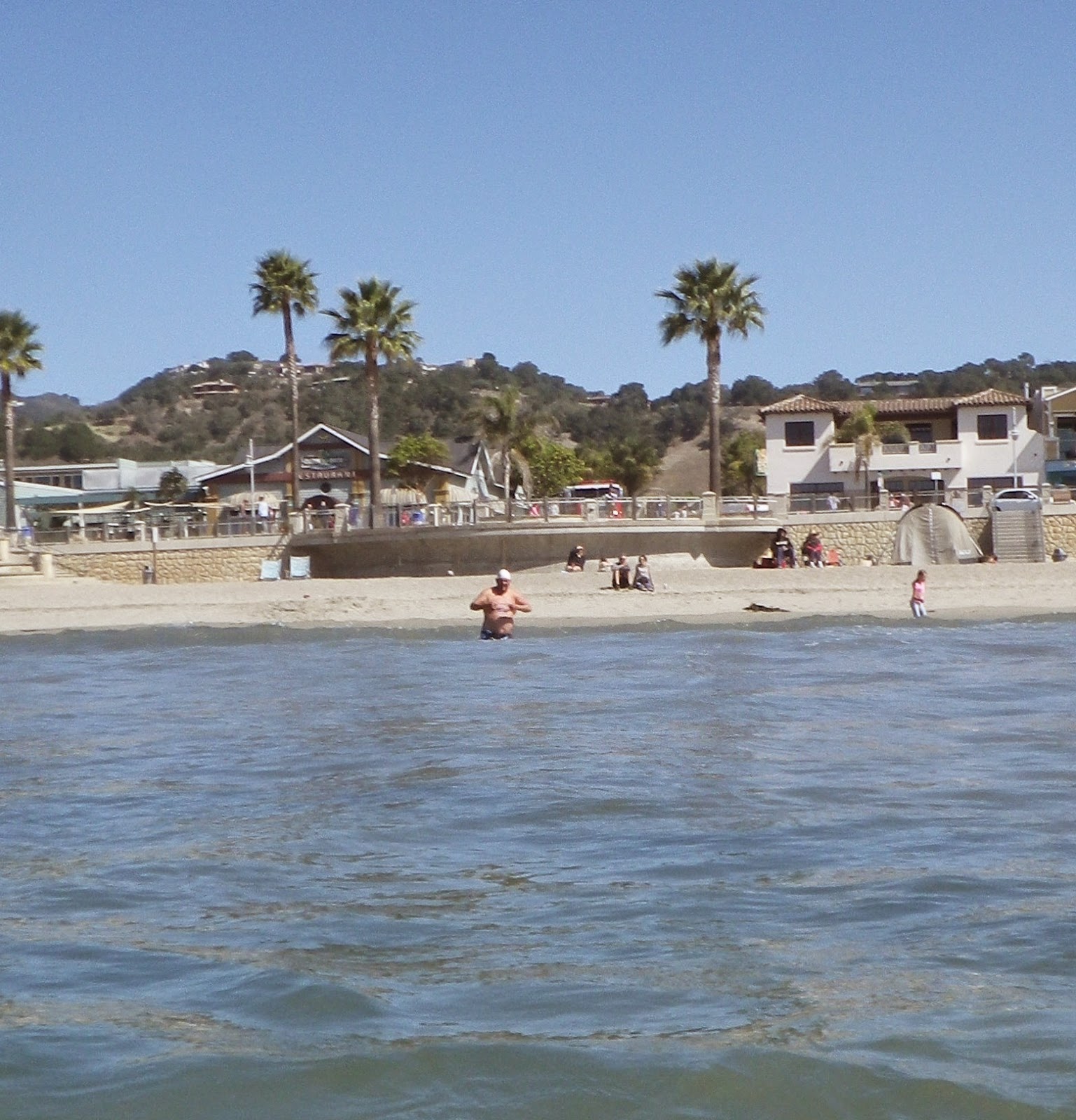 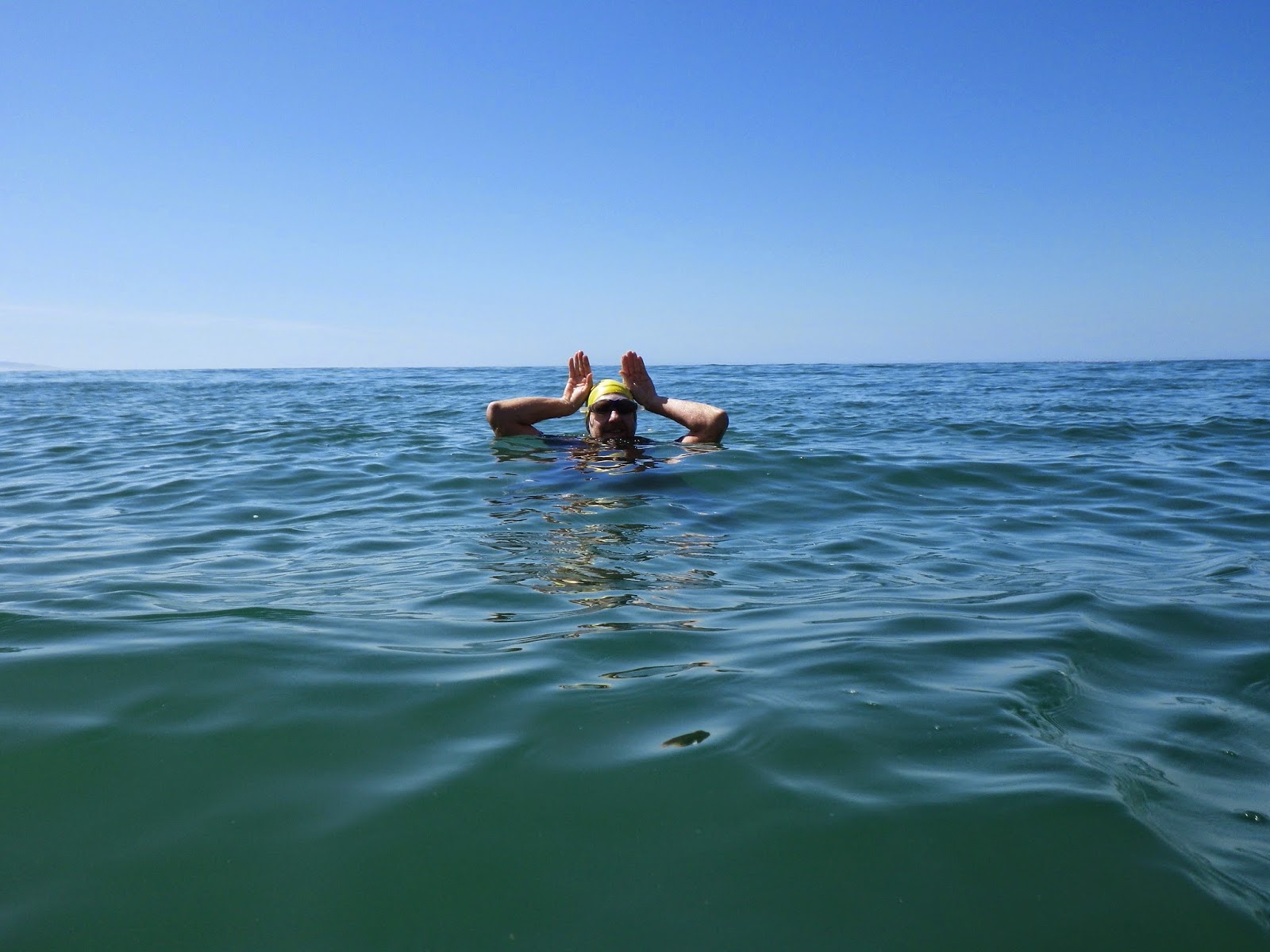 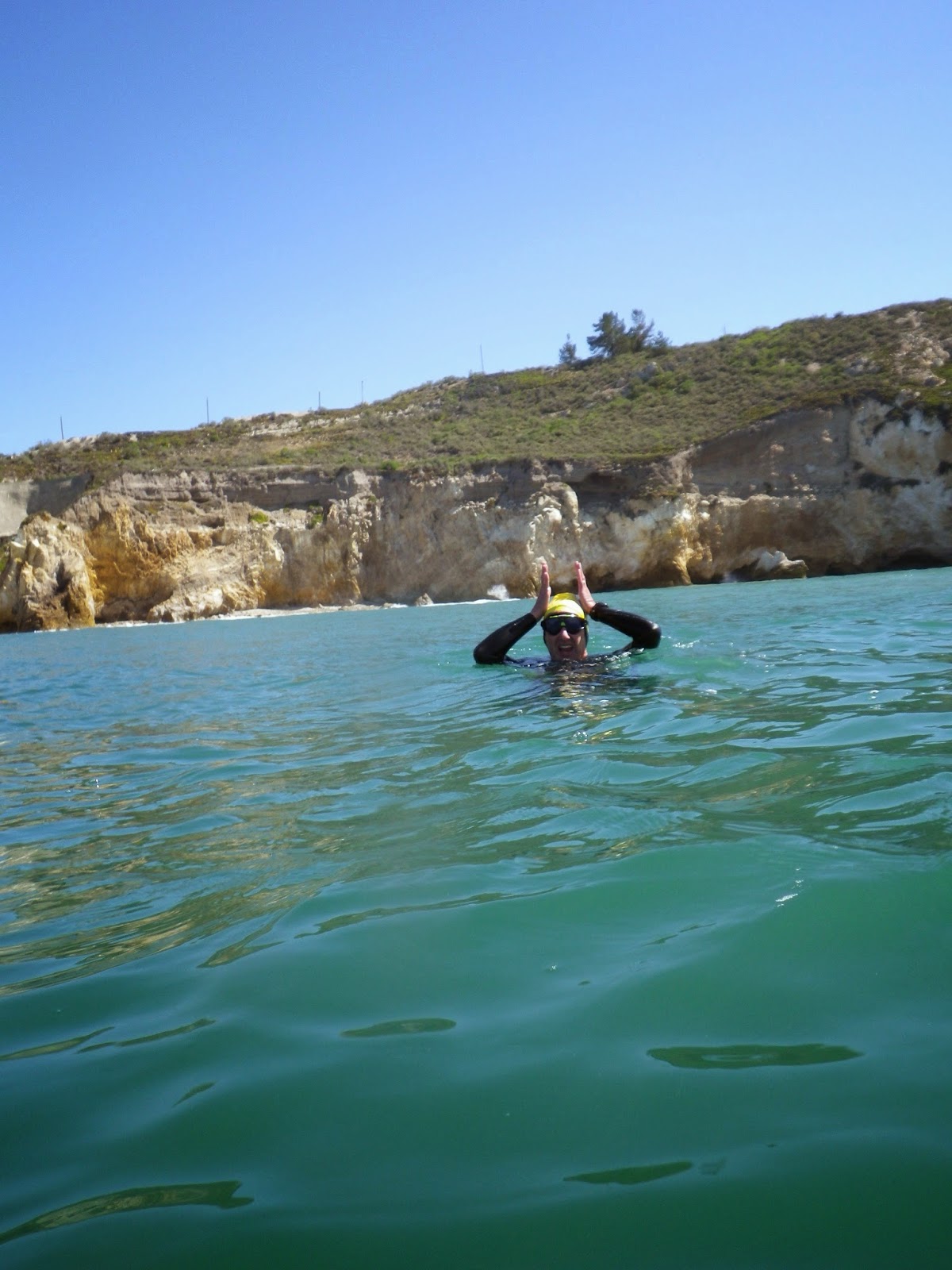 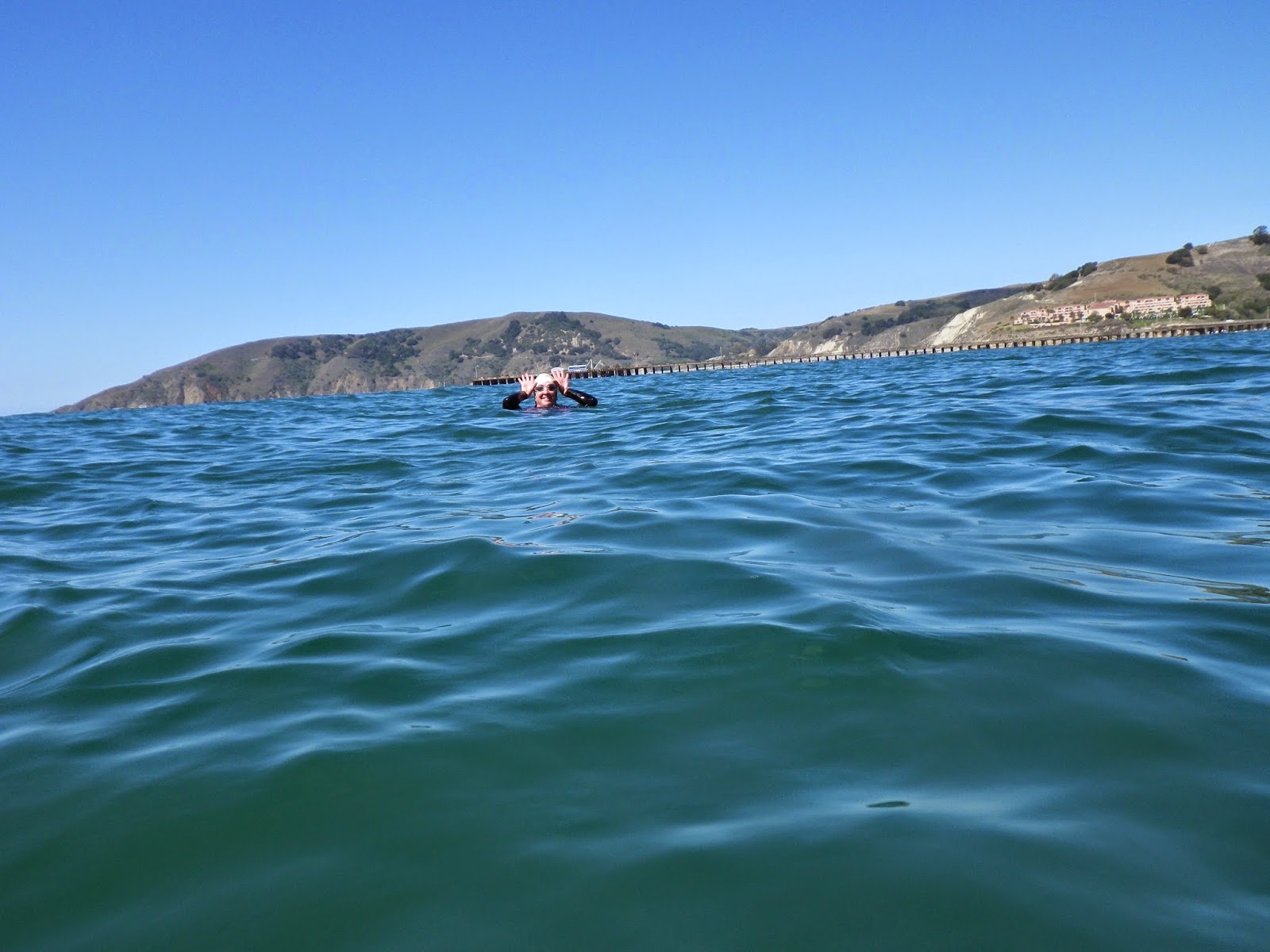 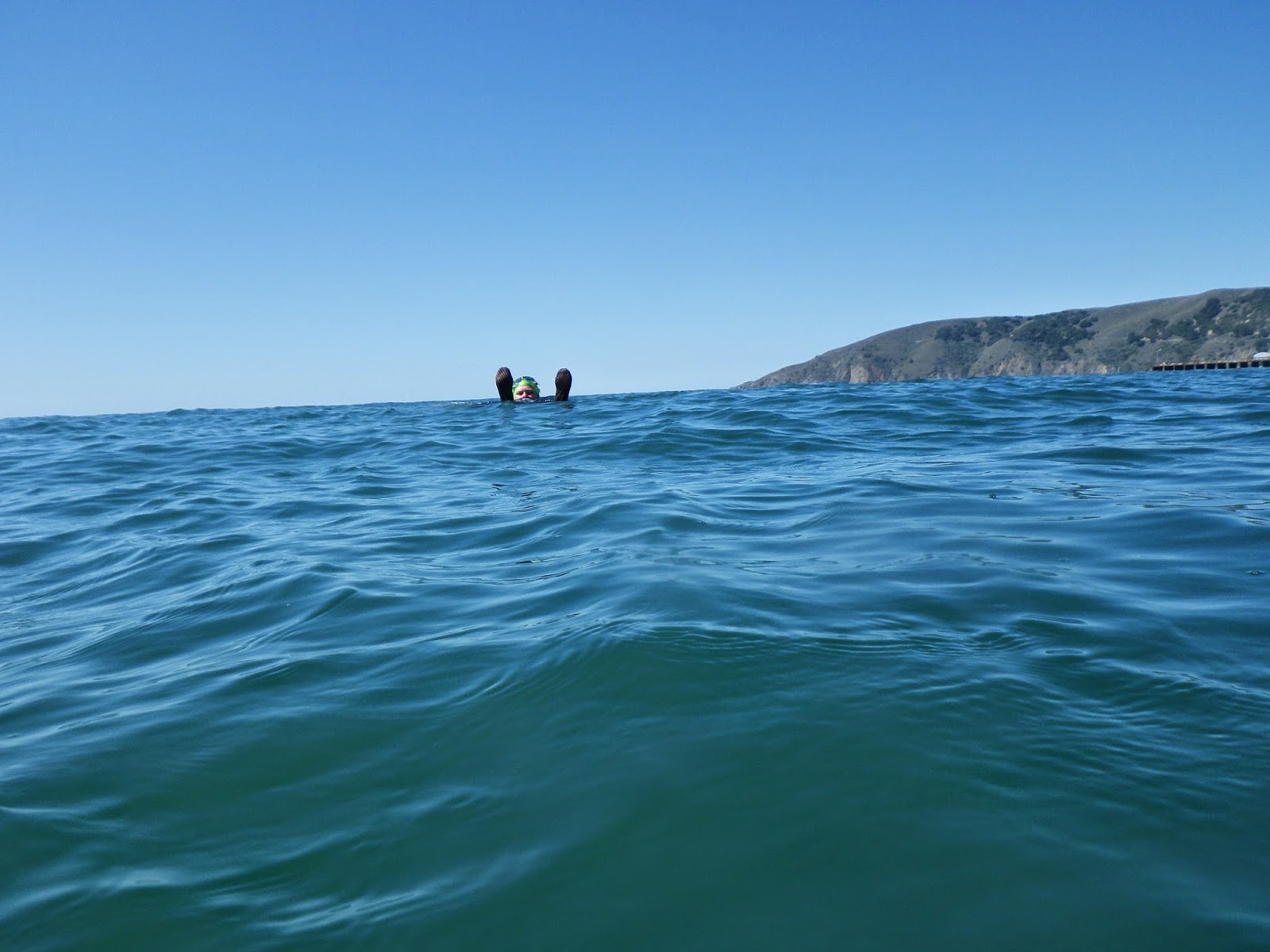 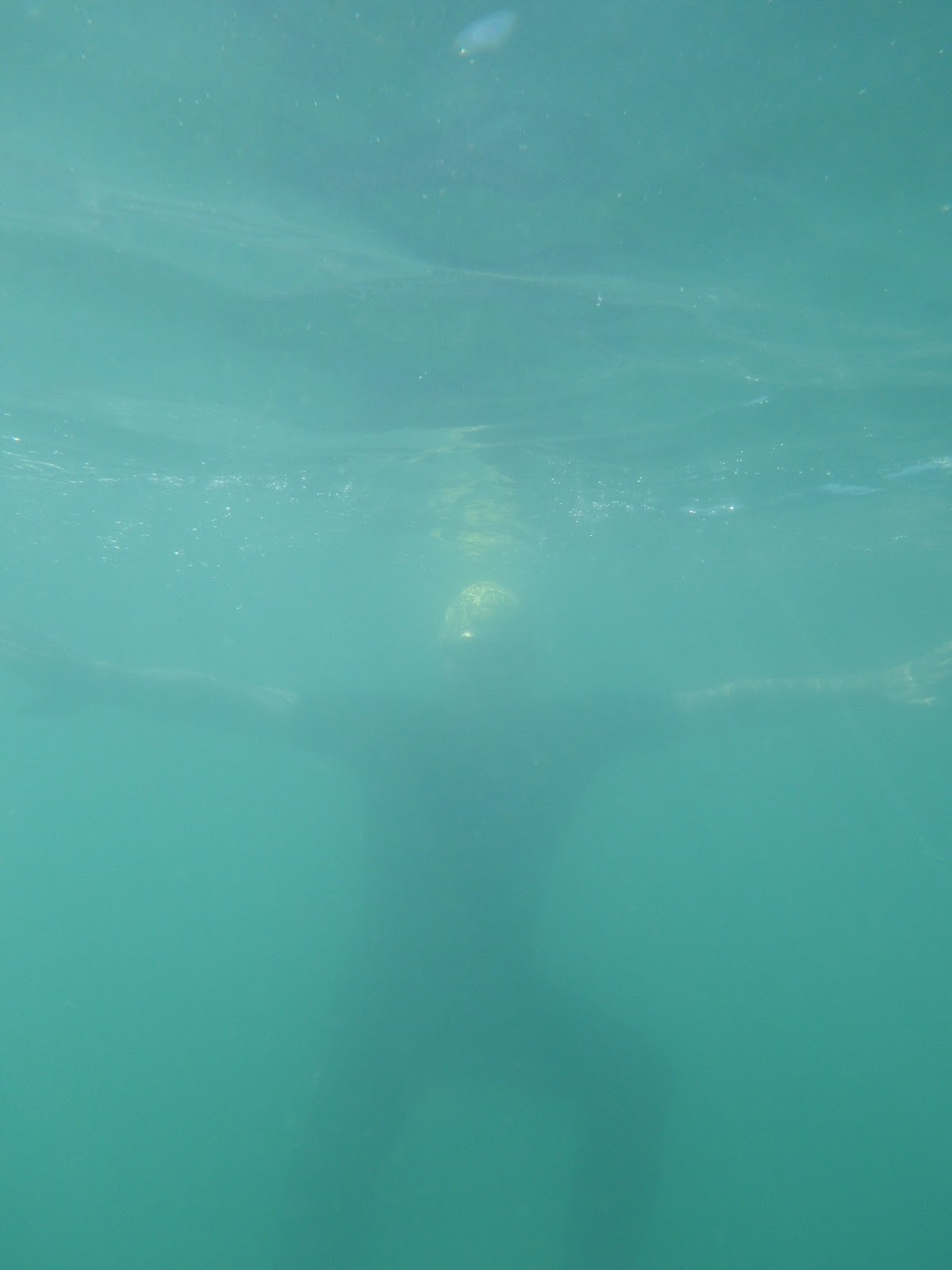