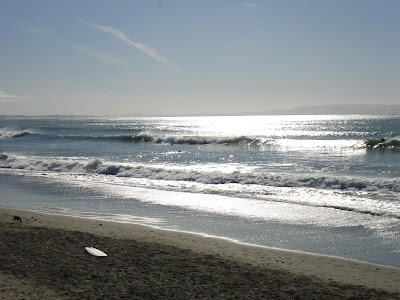 It was sunny and comfortable at Avila with some offshore wind and the most surfable waves that I have seen there in many years.  It was just Tom and I today. The water temperature over at the post was 57 but my toes said 55 or less.  We swam out past the line of surfers and swam down towards the point and back. 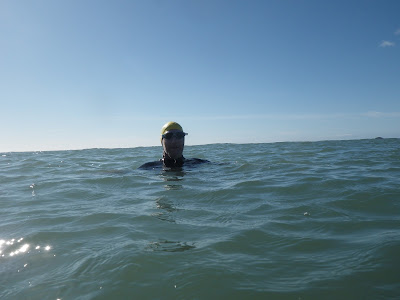 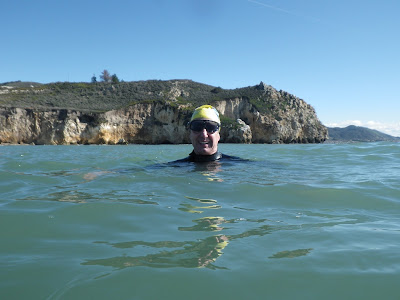 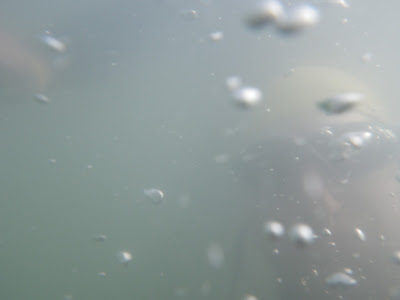 There is no rain predicted for this coming week so the water quality of the creek may clean up. Thursday's samples will tell. 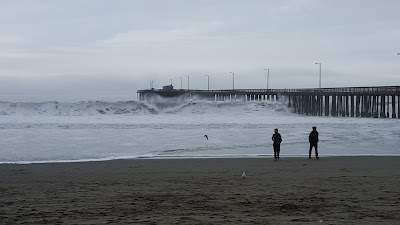 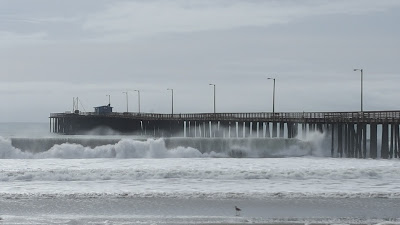 Low tide was at 11 AM. The surf was 6' to 8' and the bacteria levels in the creek were very high on Thursday, so the stinky creek water would be held against the beach until sometime after high tide. This was a good time of day to stay out of the water away from the bugs.
I saw Rick and Amy but nobody was going to swim. I had lunch on the beach and enjoyed the view.
We'll see how it is next Sunday.

I'm not sure about swimming this Sunday. Thursdays samples had a bacteria count at Avila Beach that was low, but the numbers from the creek mouth and up to the weir were quite high. Low tide on Sunday is at 10:59, so the ocean will just be just starting to push the bugs back towards the creek at our usual jump in time. There will also be a huge swell late Saturday, 12 to 15+ feet on the west facing beaches.  I'm leaning toward not but could change my mind if the swell lays down quickly. 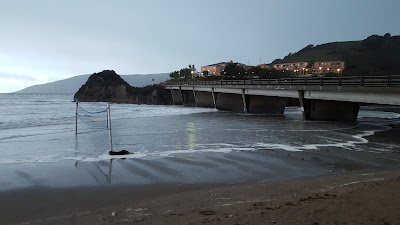 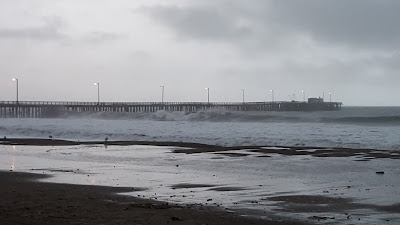 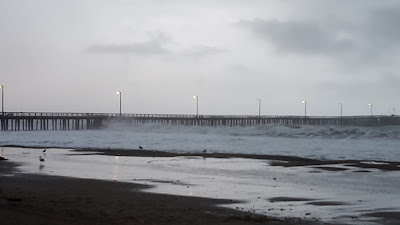 My Blue Water Task Force volunteers and I went out early Thursday morning to collect water samples. At Avila Beach the combination of 8' to 10' waves and high tide had the wash from the waves carrying over the sand spit and into the estuary.

Every place along the creek and at the beach was over the state limit of 104 organisms/100ml. for enterococcus bacteria, which means human poop in the water. Some samples were in the 2000 to 3000+ range.  You can see the results at http://www.surfrider.org/blue-water-task-force/chapter/34.

There will be more rain Saturday. I'm not going in the water Sunday. If the surf is still up I may come down to watch the show. Maybe I'll see you there.


There were four swimmers today—Niel, Tom, Amy, and myself. The sky was gray and the water chaotic-looking. The predominantly north-east wind of the past 5 or 6 days was reluctantly giving in to a shifting south-east wind that was promising to bring rain. The breaking waves were large at times but tumultuous rather than linear. The four of us entered the sea slowly and eventually swam 1/3 of the way along the pier then turned left to head to the reef buoy. The rock and roll of the water, and the large swells, made for a challenging swim. At times it was hard to site. Next to the buoy I could feel the push and pull of the cross currents.

We decided to head for the end of the pier, which I thought would take us beyond the high swells. But it was Proteus’s day and the swells were rising and rolling even out past the pier, a rare condition. At that point we decided to head back to shore for what proved to be the most interesting leg of the swim because, even though we were moving in the same direction as the waves, the currents underneath were pulling back against us.

We were in the water for an invigorating 46 minutes. The water temperature was 54 degrees by the shore and probably 52 farther out. We swam about 4/5 of a mile and earned every inch of it.
Posted by Niel at 3:38 PM No comments: 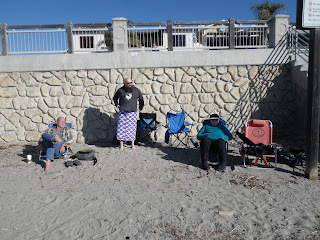 Rob and Allison were in town so Rob joined us for a nap on the beach and a short swim. Dave, with his cold, Kris and Sylvia (not in the picture) stayed on the beach while Rob and I went in. It was sunny and calm and the water was very clear but 52 degrees. 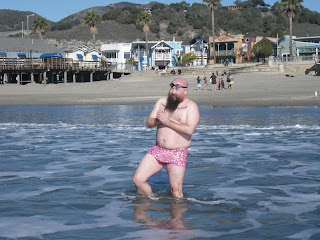 Nobody has seen this dance at Avila Beach in a while. 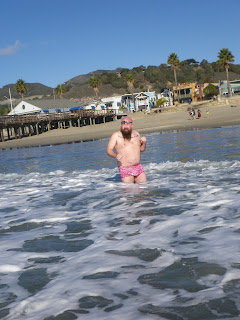 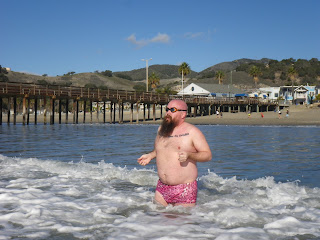 I got cold watching. 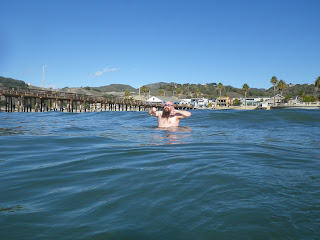 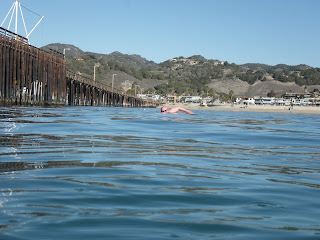 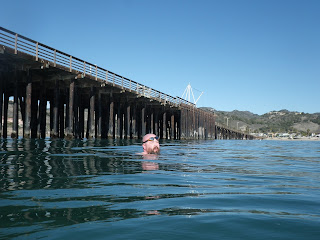 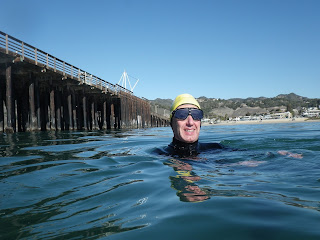 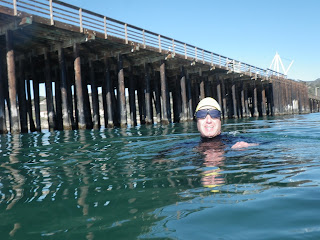 We swam out to the end of the pier and came back in. 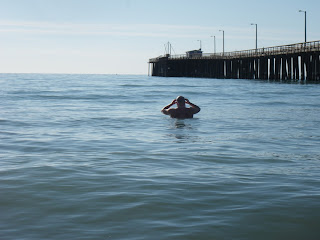 Rob said that he was OK after he acclimated, my feet were freezing.