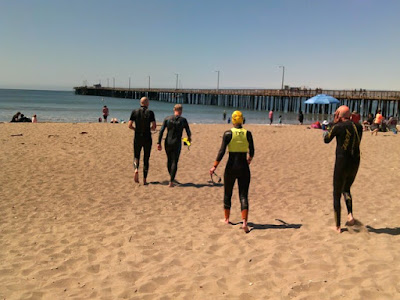 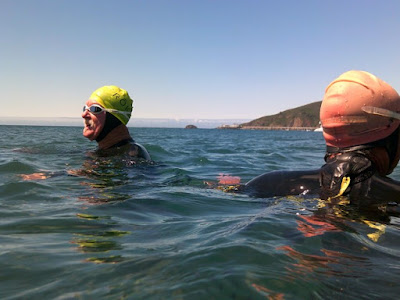 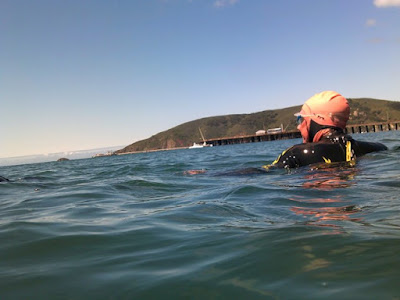 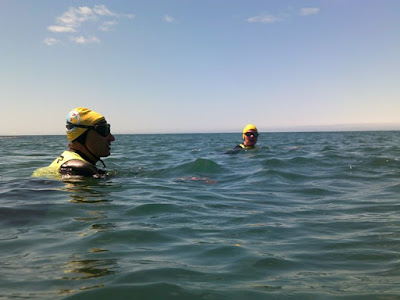 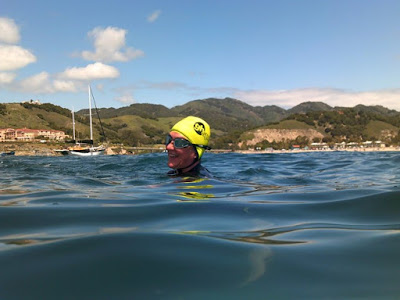 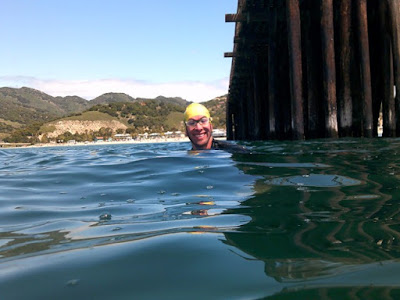 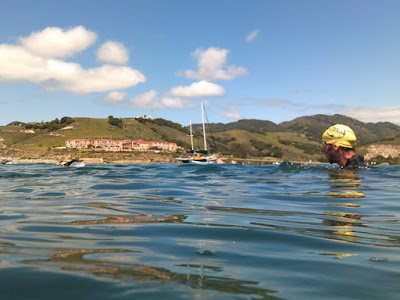 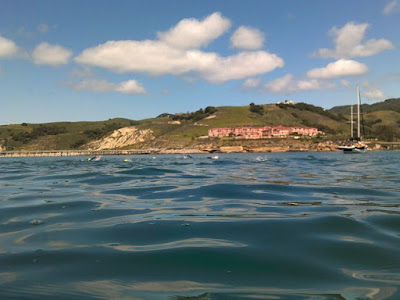 We had a beautiful day for a swim. Avila was warm and sunny with no wind. The surf was small and the water was 52 degrees. Today's crew consisted of NIel, Heidi, Tom, Matti, Chris, Karen, Irana, Amy, John, Jonny, Lee and Maria.
The route was to swim east down the buoy line, to the end of the Avila Pier, over and around an anchored sailboat, back to the end of the pier and in along the pier.  There were at least three variations by the individual groups.  I pretty much did the planned swim and covered 1.2 miles.

Sadly, my Richo WG-20 waterproof camera that has served faithfully for many years has succumbed to its continual immersion in salt water, so there won't be any photos for the blog until I have sourced a replacement. 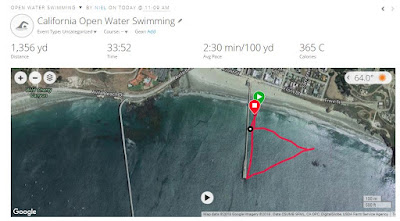 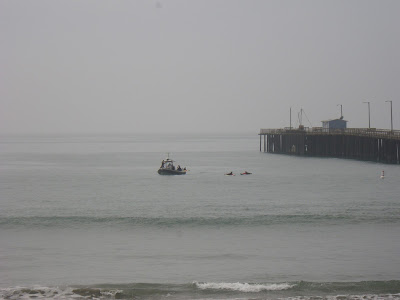 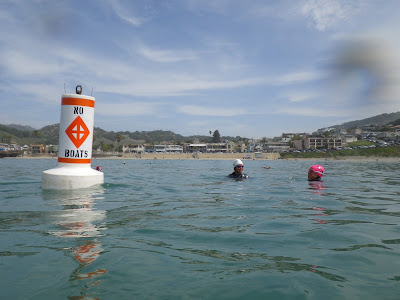 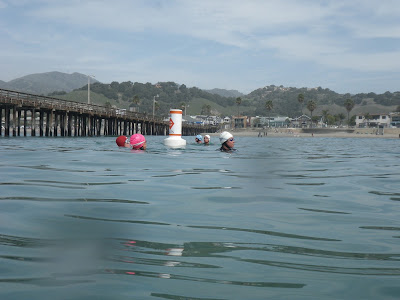 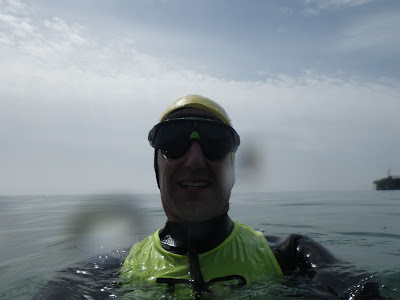 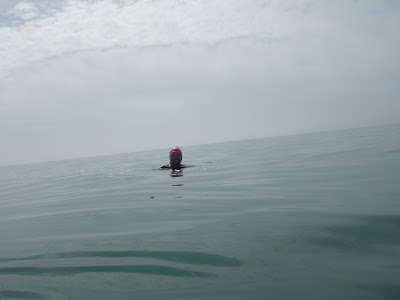 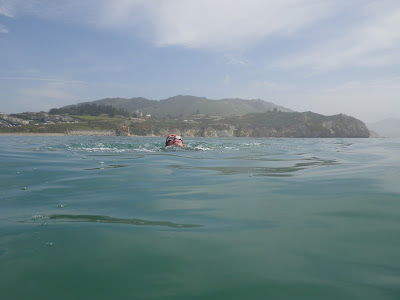 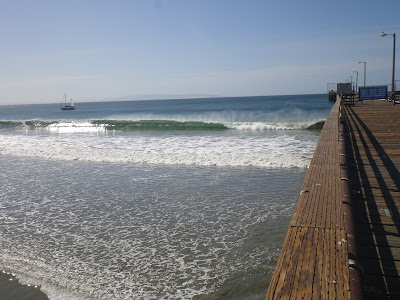 Today's conditions were offshore breezes, a very low tide at 12:10 2 to 4' surf and clean and cold water. I measured 54 degrees in the knee deep water from where I can stand on the pier. Out past the surf line it felt like 52ish. 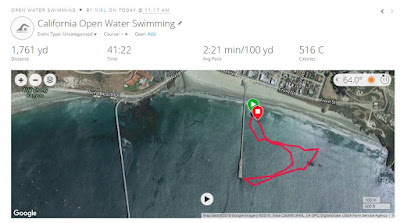 In the water today were Niel, John, Jonny, Amy, Heidi and Haley. Haley is a college swimmer who joined us today for her first ocean immersion prior to a Alcatraz swim with five friends.  She was smiling when we got out.
We swam out, turned east and swam parallel to the beach to the end of the sea wall. Swam to the end of the pier and over a reef we don't usually notice. The tide was low enough that we found ourselves in the kelp and almost grounding on the rocks. The reef is visible in the route map, it's the dark spot near the start of the leg towards the end of the pier. From the end of the pier we swam back around an anchored sailboat (in the top photo), around the boat and to the beach for a nice mile plus. 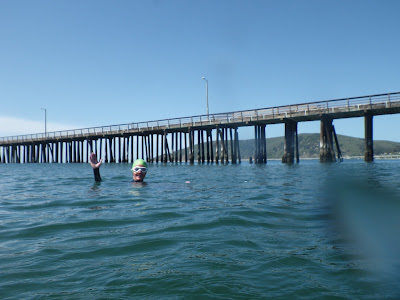 Amy, grouping up at the start 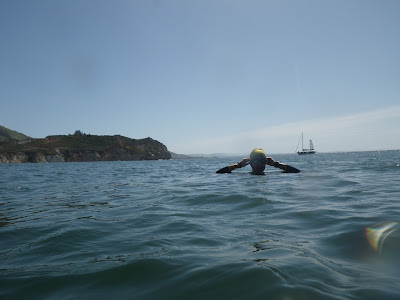 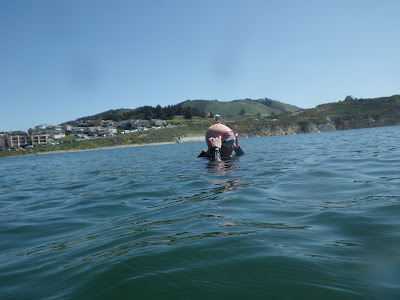 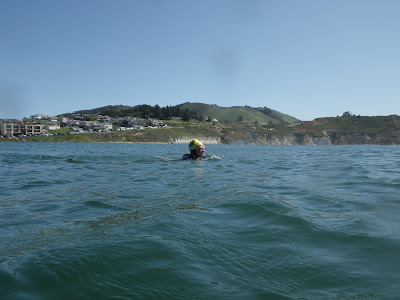 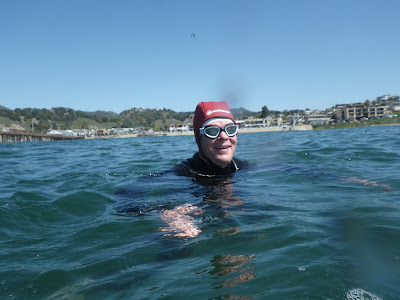 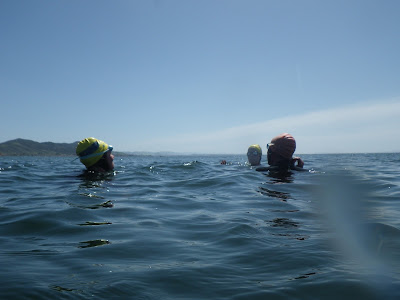 Haley, Heidi and John at the end of the Avila Pier.

Duke rode by and we spoke for a bit. He took a tumble and cracked a rib so he is not swimming for a while.  Dude, be safe with those peddlers and keep  shiny side up, rubber side down.

John, Amy and Heidi will be out of town next weekend. Jonny and I will be swimming with anyone else who cares to join us. 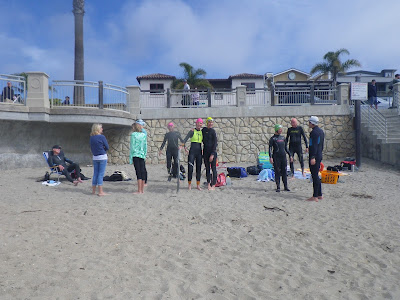 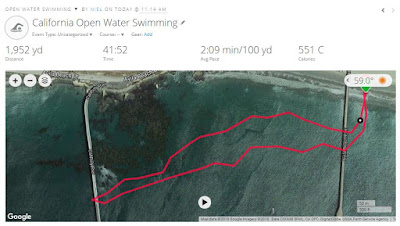 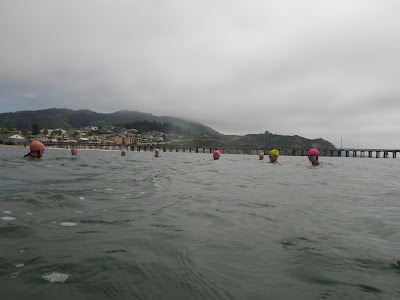 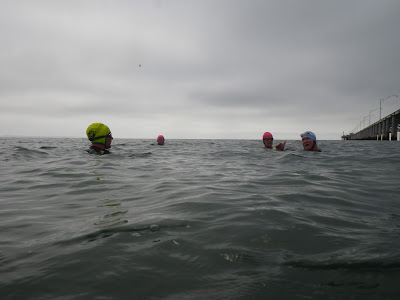