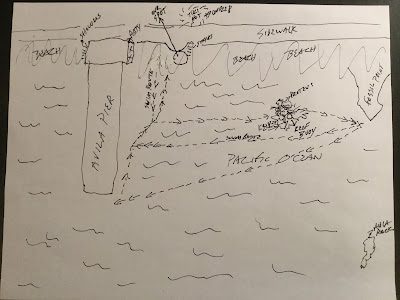 The large swell that was hitting the west facing beaches managed to push up some 4'+ waves at south facing Avila but the lulls between the largest waves was sufficient to allow us an easy in and out.  The water quality in the San Luis Obispo Creek is clearing up but the creek estuary is still loaded with bacteria, so we continued to stay away from the west side of the pier and the mouth of the creek. 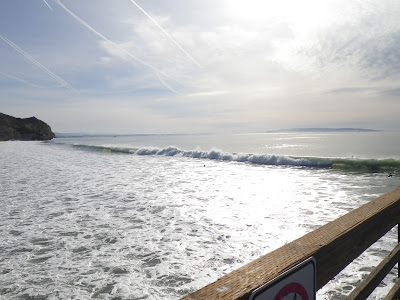 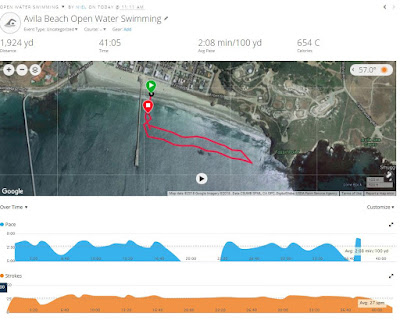 We swam down to Fossil Point and back for a distance of 1.1 miles. The water temperature was 54 degrees. There was a gusty wind that would die completely and fast moving high clouds which which would click off the sun and quickly turn things from comfortable to cold. Today's group consisted of Duke, Niel, Heidi, Kurtis, Karen, Jonny and John.  The swimming conditions were very nice; flat smooth, clean water with enough swell moving through to make it feel like the ocean.
I forgot to recharge the camera battery last week so there are only a few photos today. 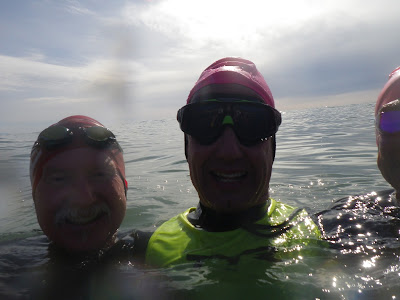 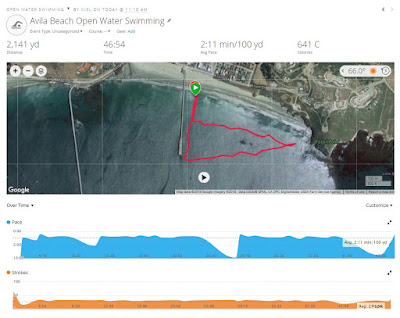 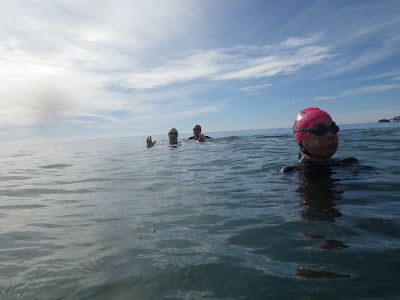 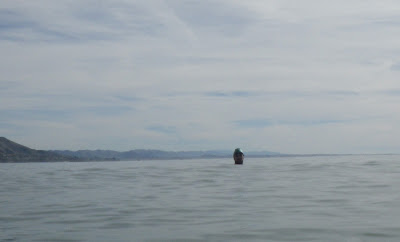 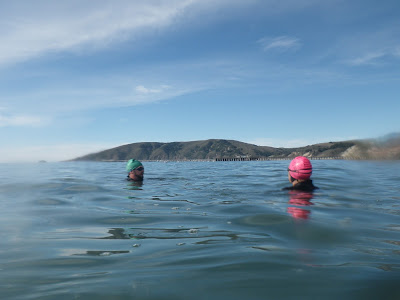 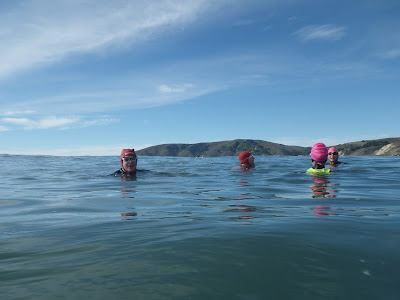 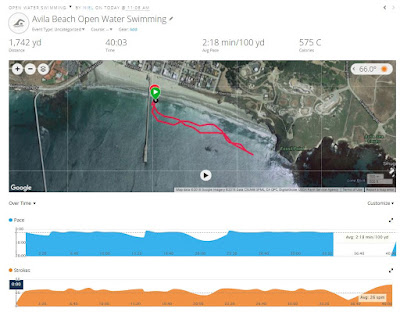 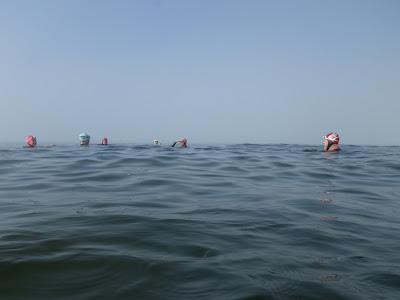 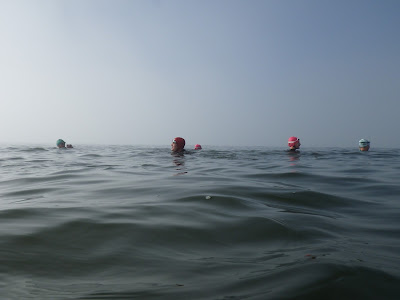 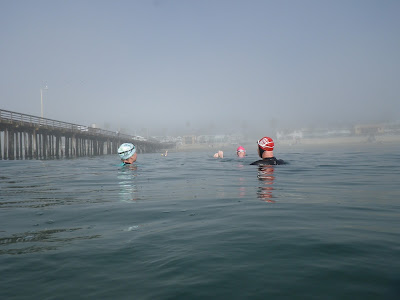