There will be a swim tomorrow. In the water at 10 ahead of the crowds for the noon Polar Bear Swim. Rob Dumouchel will be joining us southerners for some sunshine and warmish water.
I hope that you can join us. 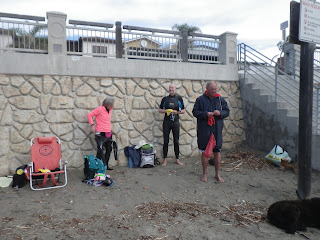 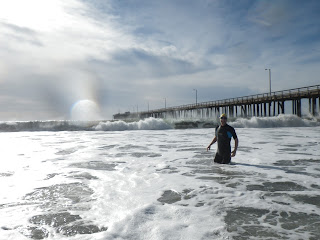 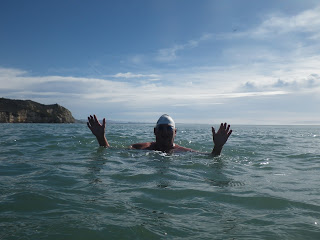 Peter (The Walrus) in his element 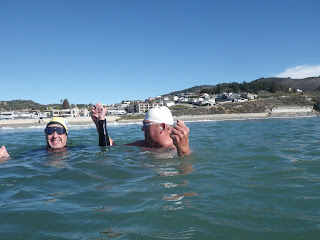 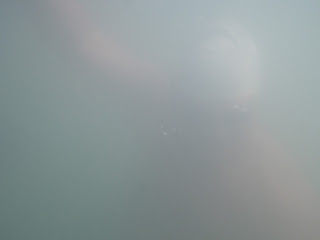 An underwater shot of Peter. 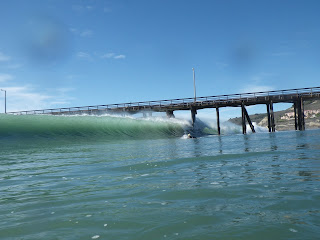 Tom was a little late to ride this one. 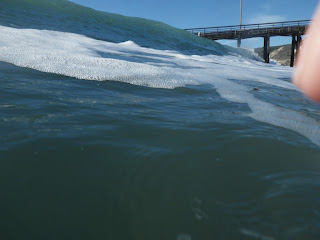 Can you see Tom?

I'll won't be swimming next Sunday but Tom and Peter will be there. 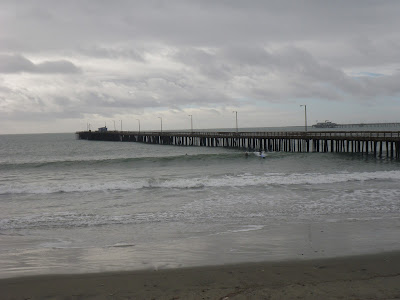 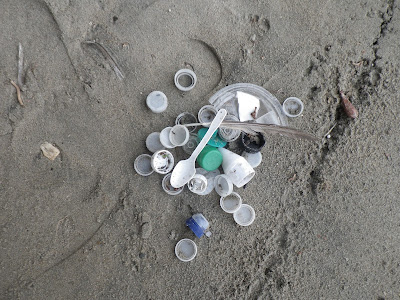 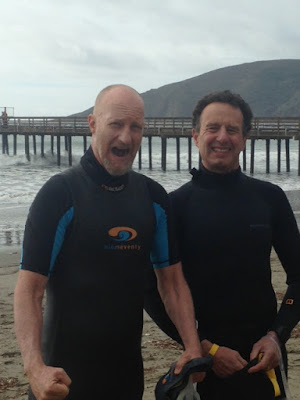 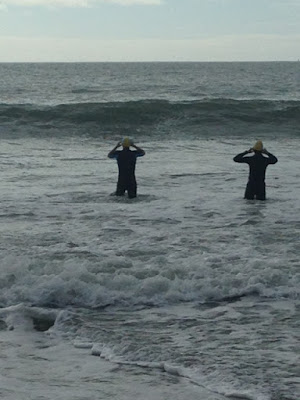 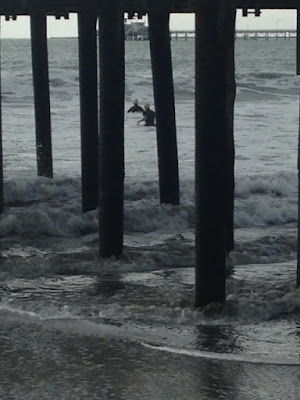 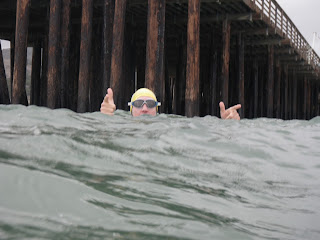 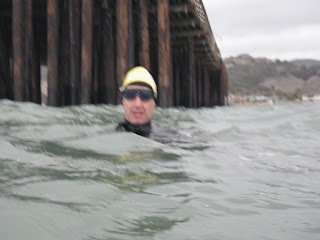 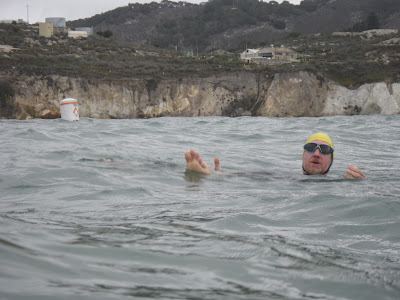 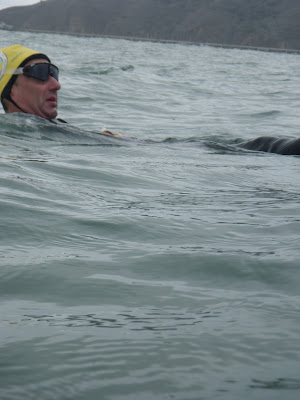 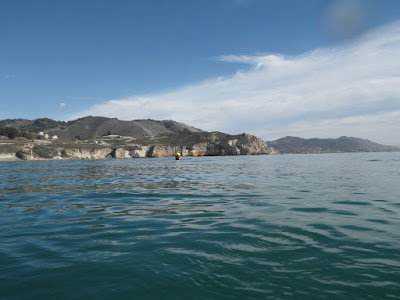 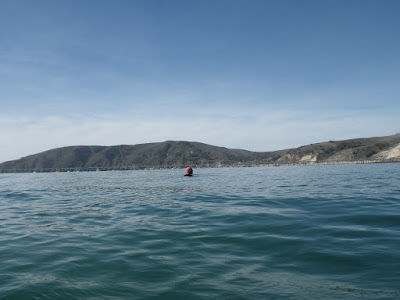 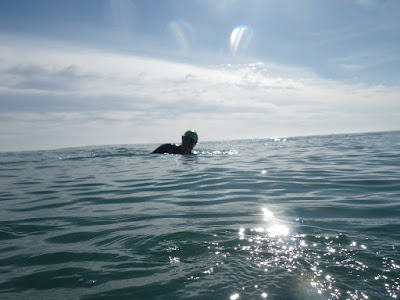 That's Rick, John and Amy. We swam for about 30 minutes. I took a shallow water temperature from the pier and got a reading of 57, which felt about right. The water was very clean and flat with occasional waist to chest high waves.