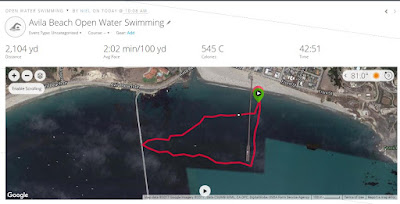 Avila Beach was warm and sunny today with almost no wind, 2' waves with nice clear water and the buoys are back for the season.  There was almost on one in the ocean.  I waded out and got a water temperature of 51 degrees in knee deep water.  The shallow water inside the waves is usually warmer than that which is outside the surf line so most beachgoers were finding it too chilly.  We confirmed this during the swim. The water temperature was about 1 degree lower outside the surf and the water between the Poly and Avila Piers was probably two degrees colder yet.
We had a big group today with some new faces; Niel, Christina, Heidi, Duke, Amy, Jim, Sam, Sydney, John Hampsey, Pete, Maria, (both had done the SLO 1/2 marathon this morning), Margarite, Sara and Sue.
Most people swam the route in the plot. Christina (this was her first ocean swim and no wetsuit) and Sam doubled back from the stop at the creek. Jim didn't come in along the pier but continued to the last buoy on the east side of the pier and came back parallel to the beach.
I lost track of one or two people.

The water temperature should have bottomed out today so we should start seeing conditions more supportive to longer routes in May. 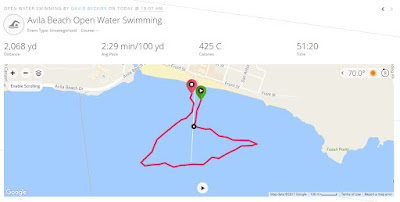 It was a great spring day at Avila Beach today; warm sunny, windy and cold water. About 10:30 it was 75 degrees on the beach and would warm up as the day went on. Initially there was no breeze, flat water and 2 foot waves. I got a water temperature of 51 degrees in the wave wash from the Avila Pier. We Planned to do a triangle that would end up at the end of the Avila Pier.  Once there we'd poll the group and see how people were feeling and what they felt like doing. Swimming today were John Hampsey, Amy, Heidi, Niel, Jim, Pete and Maria.


Niel and Jim covered 1.38 miles. For the rest of the group it was 1.13 miles.
By the time we ere at the showers the wind had come up and the area near the cat was of white caps and chop.

Maria, I have your shopping bag. I'll bring it next week. Thanks for bringing goodies to celebrate your birthday! 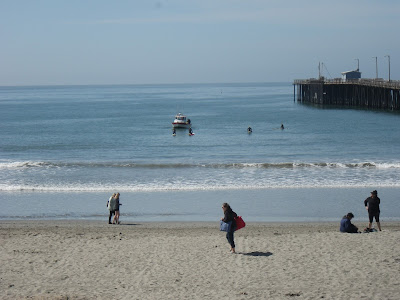 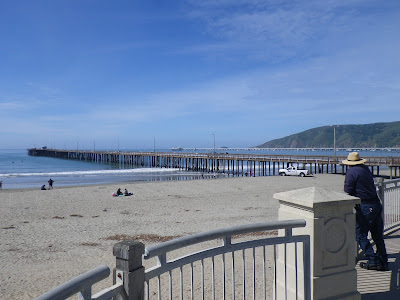 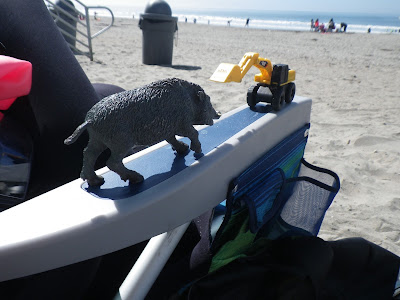 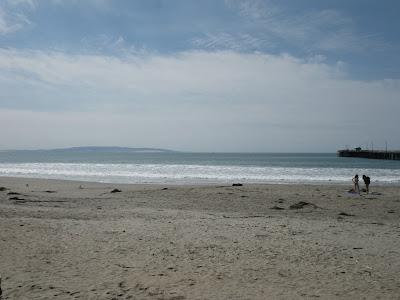 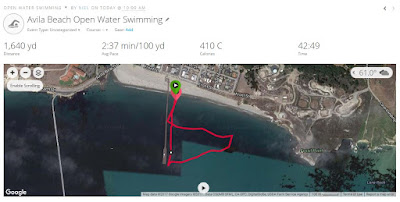 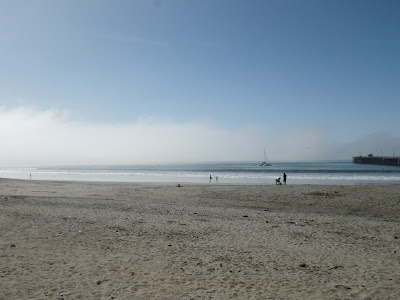