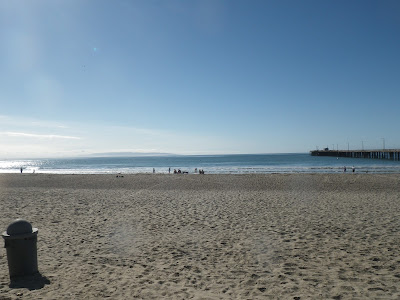 A beautiful fall day at Avila before we got in. 65 degree water, air temp in the upper 70's, 2 to 3 foot waves and a slight gusty breeze. More like summer than fall conditions, another day of unseasonably warm air and water.
Swimming Sunday were Sylvia, Niel, Rick, Duke, Dale, Tom, Marcus, John, Pete and Damion.  The plan was to go out to the buoy line on the left side of the pier, to swim along   the buoys, past the last one and on down to Fossil Point. From there we would return back along our route.

The swim started out smoothly but once we passed the last buoy I began wondering if there was a powerboat maneuvering in the area because small waves were starting to break over my head from behind. When we grouped up near the point we all realized that a strong WSW wind had come up and pushed up a strong current with an 18" wind chop which coming towards us almost directly from where we began the swim. The swim back was the roughest conditions that we have had since last winter.  I normally alternate breath but I found that breathing every other stroke put me in better sync with the chop, but the conditions were so comfortable getting back to the pier was just a matter of doing the work. 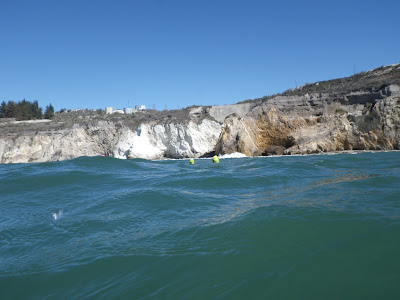 Some of the group near the point. The rest are there somwhere. 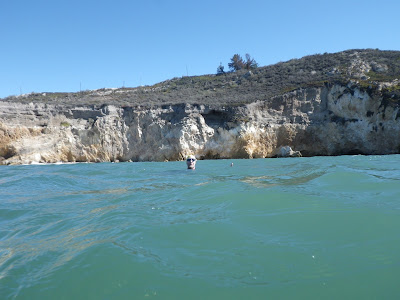 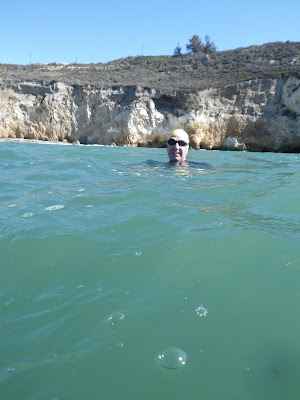 Tom got this one of me 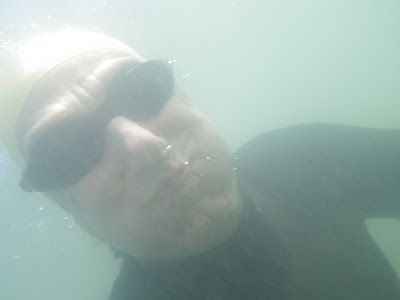 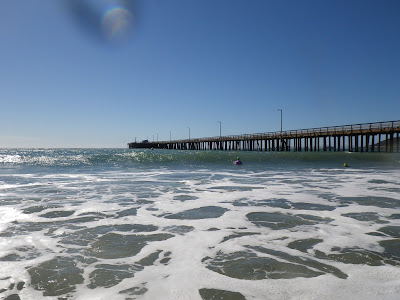 The water was a bit messier when we were getting out.