Memorial Day Swim in the Rain

On Memorial Day Sunday the view from the Avila Pier towards Port San Luis was of a wet, gray windy and very wintery scene. The water temperature was down to 53 degrees and there was a steady wind out of the SW pushing a 1+ foot chop with occasional whitecaps and 2 to 3 foot swells. 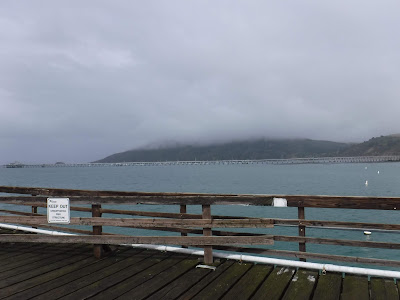 The view of the beach was even stranger; there were a few people strolling on the beach but Tom and I were the only people who had set out our chairs. It began raining as we were getting suited up and continued until after we both had left the beach. 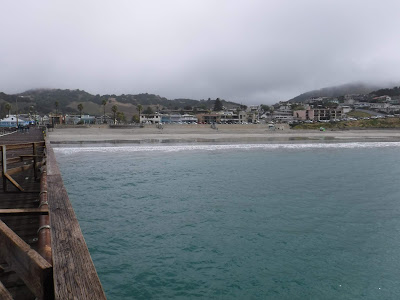 We set our stuff under what cover there was to try and keep it dry. 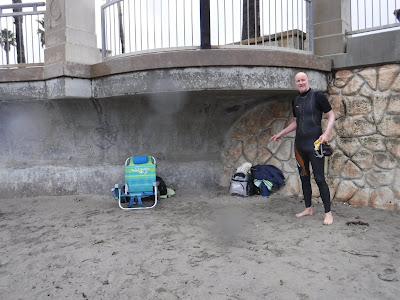 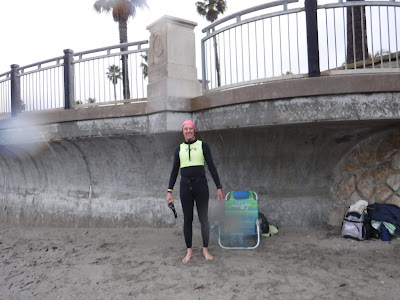 The water was 4 degrees colder than our last swim two weeks ago and I felt the chill wading in. The leg to the end of the pier was a lot of work, even though we were in the lee of the pier there was a strong current in towards the beach and one of those nasty 1+ foot chops that is not big enough to lift you over it but big enough to break over your head. 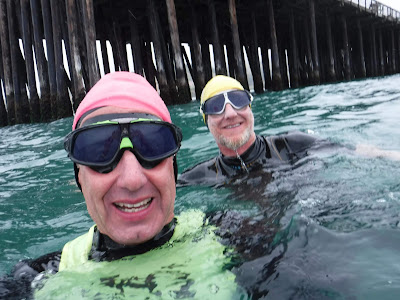 Niel and Tom at the end of the Avila Pier 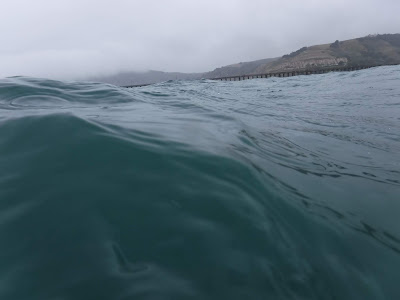 At the fourth buoy Tom got some pictures of the swimming conditions and captured some raindrops hitting the water. 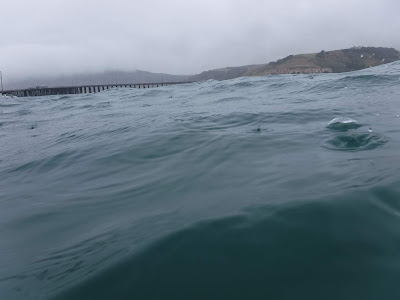 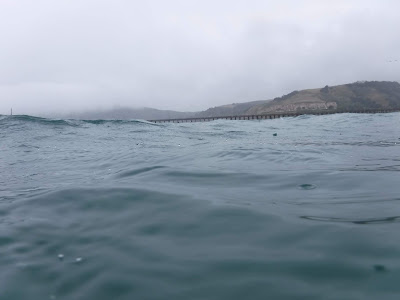 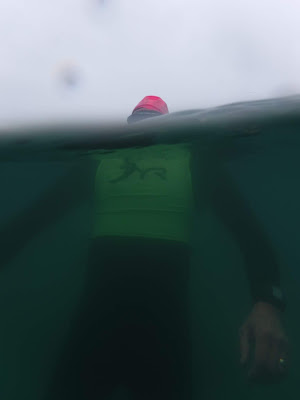 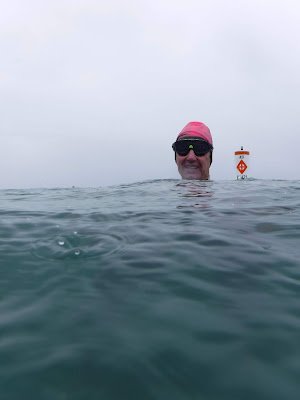 We had a very physical swim and a great time. Each leg had a different set of conditions to deal with and with the chop there wasn't an easy leg, even with a following current.

I cant believe you went out in that today. You two are hard core. Leslie