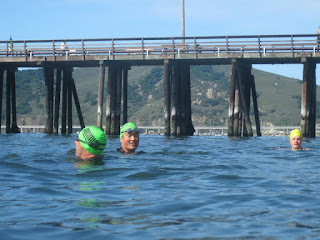 Avila was out of control beautiful today. Hot and clear with plenty of sunshine. The surf was small for the most part and we're estimating 52-53 in the water today. We had a good sized group in attendance. Sylvia and Yvonne swam early. Local crew Duke, Byron, Brad, Rick, Rob were joined by Susan and Marta from Bakersfield, and we had newcomer Liz. Allison guided in her kayak.

The plan today was to swim half way down the pier and then shoot for Fossil Point, swim back to the tip of the pier, out to the Poly Pier, and then back through the Avila Pier and home. On the first section of the swim Duke and I guided Liz who was out for her first time and went with no wetsuit. At the mid point between the pier and the point we turned around and swam her back to the beach while the other swimmers stuck to the plan. After dropping our chilly but happy newcomer off in the surf Duke and I swam down the pier to reconnect with the rest of the group. We had a good swim to the Poly pier and then back to the Avila Pier. Before swimming in we did a mini safety drill. Allison had Brad get into the kayak with her to see how that would work. I did it last week, and if you're a regular anticipate having to hop into a kayak at some point just to go through the motions of a rescue in case we ever need to pull you out for some reason.

Weather permitting we'll be back in action on Wednesday night and Friday out at Lopez! Keep an eye on the Central Coast Open Water email group for updates. 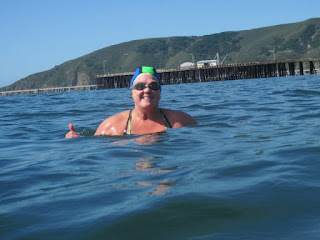 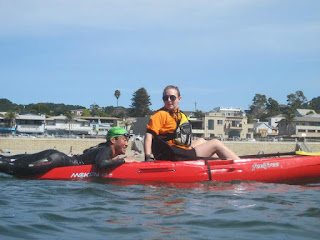 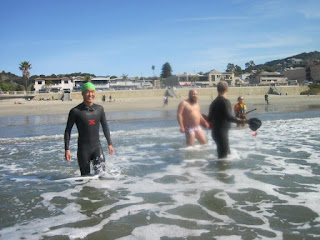 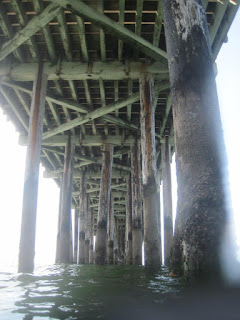