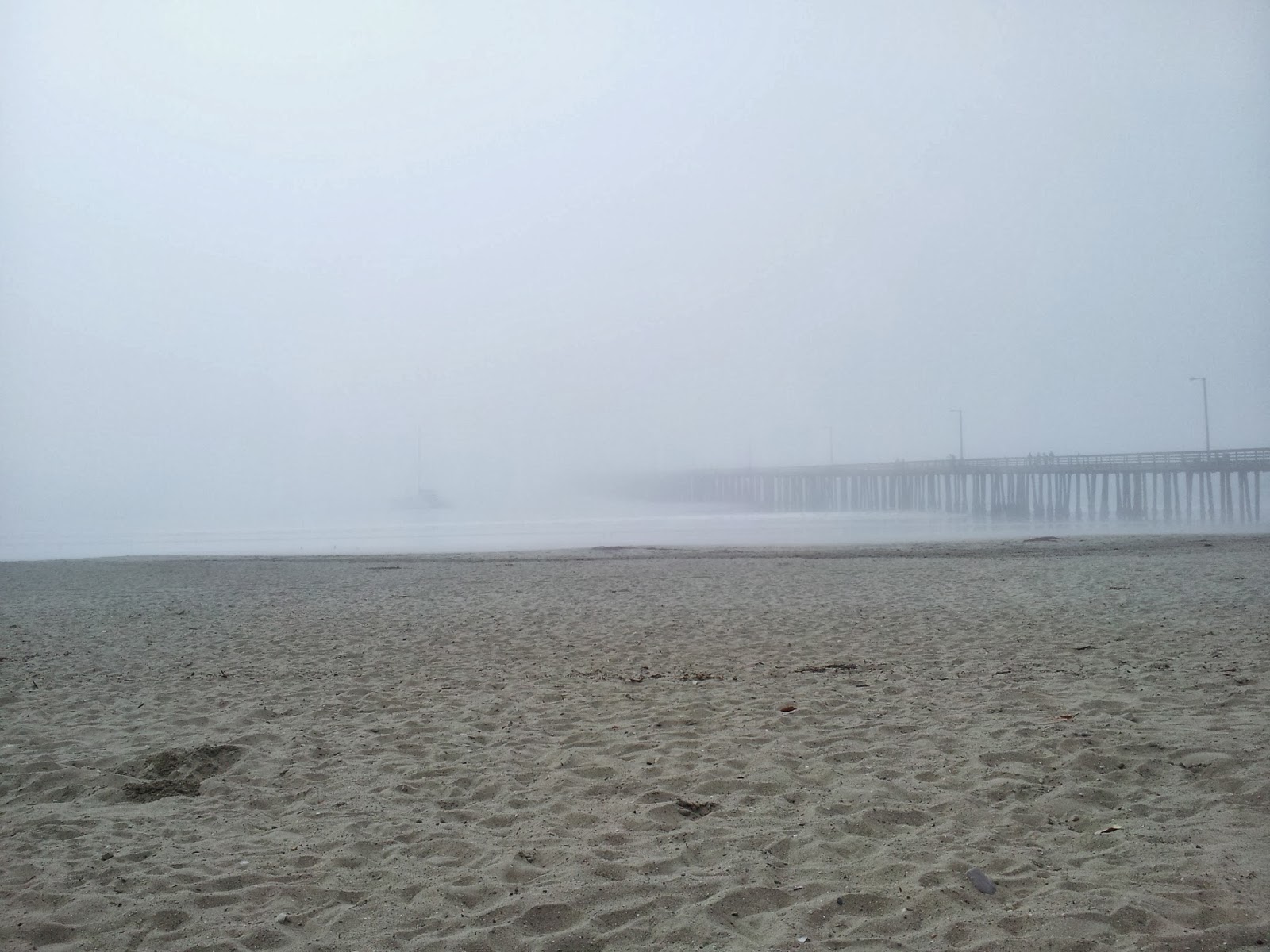 It was thick today.  The large catamaran that has been anchored in Avila the last few weeks is out there, just left of center in this picture and only a short distance off of the beach. 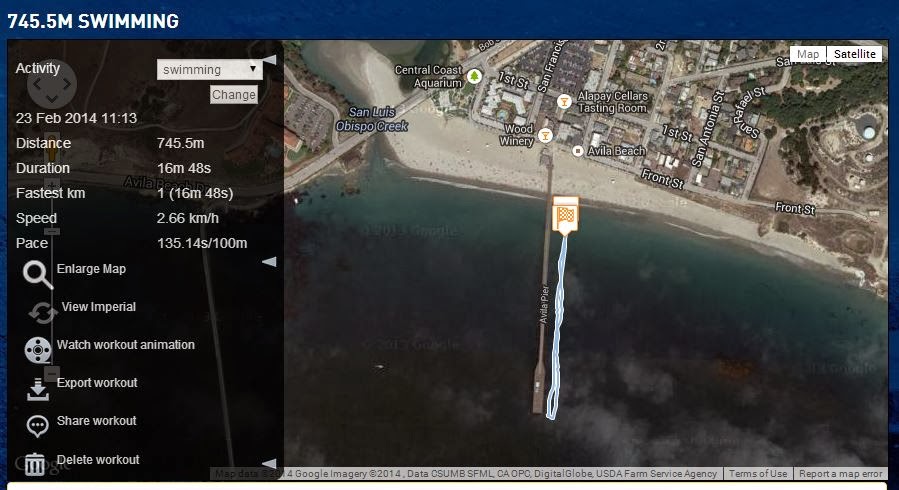 This was definitely not the view at Avila Beach today.  An unusual and  thick wall of fog was laying right along the coast leaving the beach looking like a flannel pocket.  It was cool with no breeze and very flat 51 degree water, all of the makings for a chilly swim.  We had five regulars and two new friends.  Niel, Duke and John Hampsey were joined by Shawn and Emily from Cal Poly. Sylvia and Yvonne stayed on the beach.  The fog was very thick and didn't show any signs of lifting which made plotting a route a challenge.  For those of us who are familiar with this beach a swim parallel to the beach was possible but with two swimmers who were new to us and were unfamiliar with this area a route out and back swim along the pier would be safer.   The combination of 51 degree water and no sun made the swim out along the pier really cold. Emily and Shawn did pretty well.  They had to get comfortable with both the cold water, the fog and the neoprene caps we had loaned them but they did OK.  Everybody was cold when we got out, I'm not sure if this swim was too long or too short.  It took me longer than usual to get to a degree of comfort and when I was getting out I was wondering if this short of a swim was just a chance to get cold and not long enough to really warm up.  It was safe and we had fun, which is what counts.
We are supposed to get some rain or showers late in the week.  At this point I'm planning on being back here next Sunday.