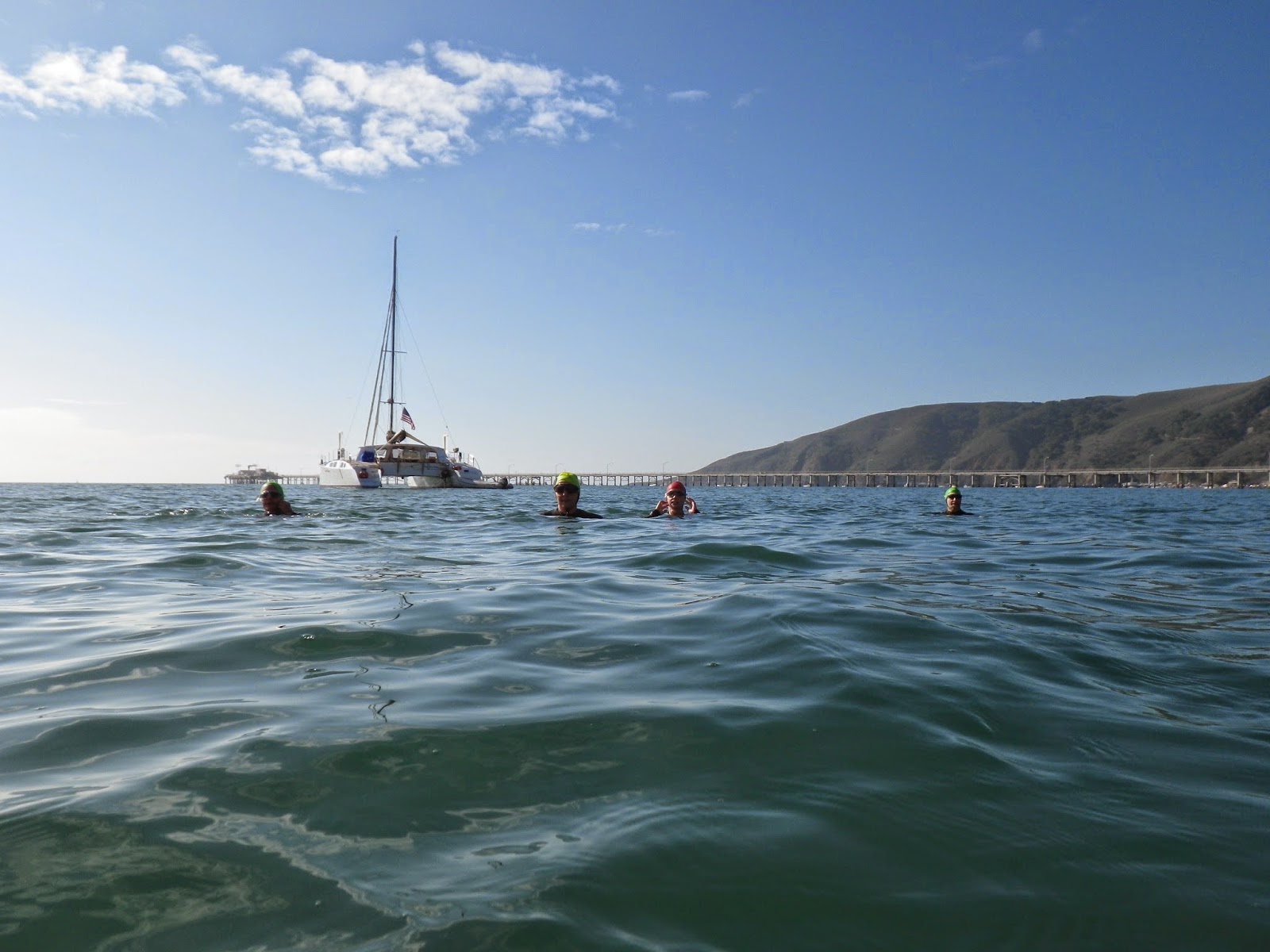 January in Avila Beach is not too bad; sunny, no wind, small waves, clear 58 degree water all make for nice swimming conditions.  Sylvia and Pete did their own swims.  Niel, Tom, Stephanie, Leslie, Amy and John Hampsey swam the triangle counterclockwise.  Stephanie and Leslie went in at the end of the pier while Niel and Tom swam the rest of the triangle. John Hampsey had gotten in after we had and was catching up so Amy waited for him and they completed their swim together. 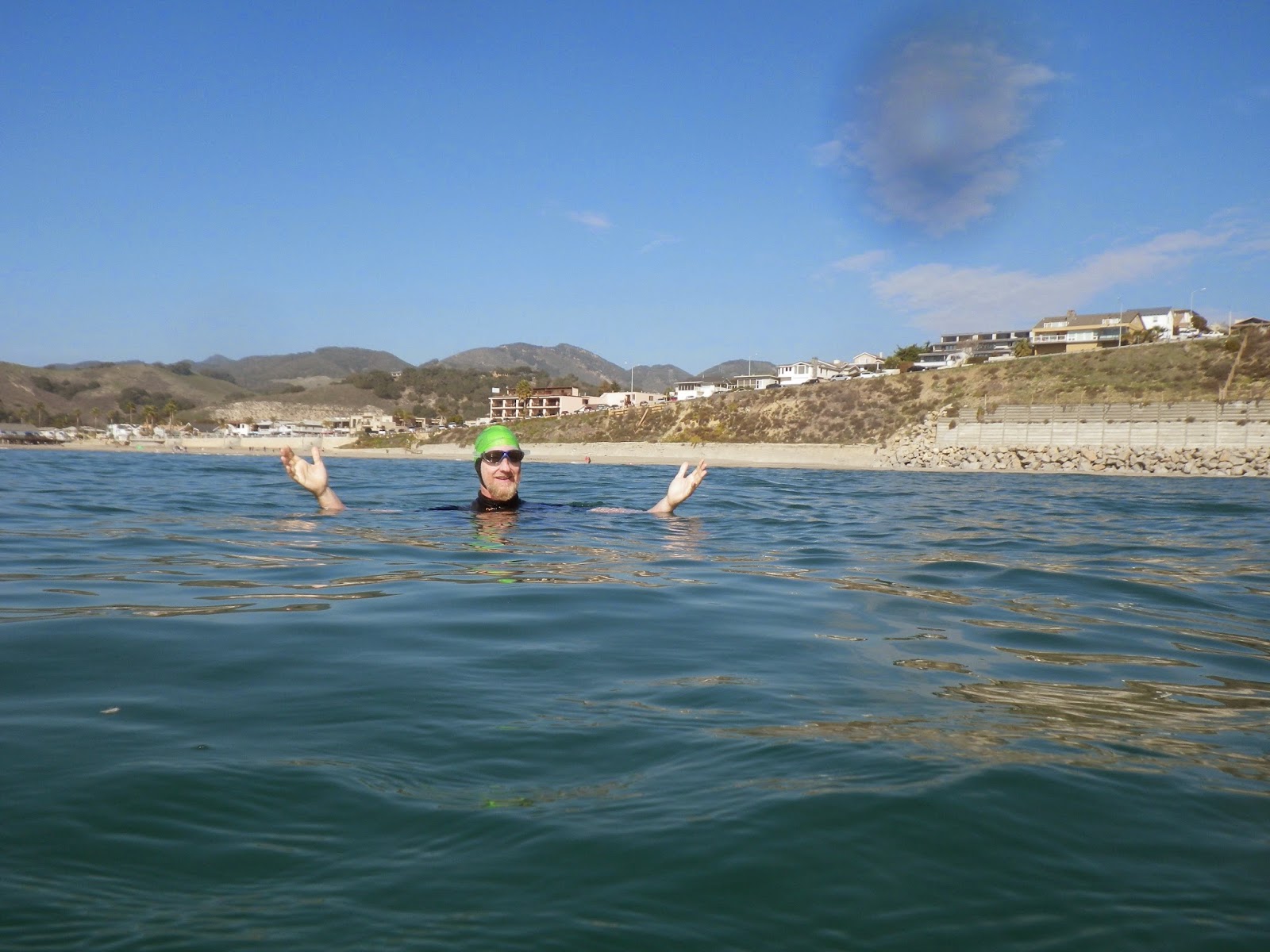 I did plots with both the Garmin 910 and my Finis Hydro Tracker for comparison. I got my problems with the ragged plots with the GArmin by switching it to Open Water Swimming from Running.  My confusion was because the Hydro Tracker lets you classify the type of workout after the data is uploaded and the Garmin wants it determined before the activity begins.  So here are both plots.I started the Hydro Tracker first so it logged a slightly longer distance.  The plots are not quite what I will usually post because both(!) the Finis and the Garmin websites were down this afternoon. 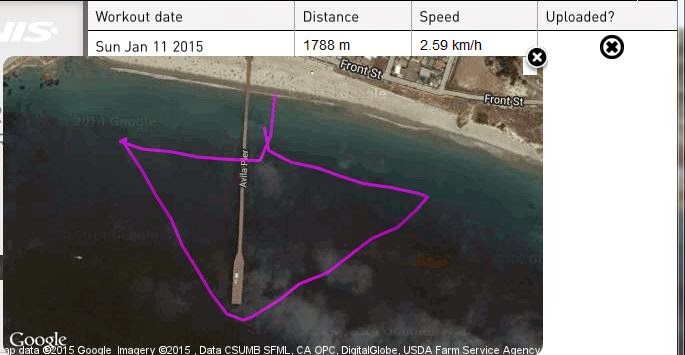 Stephanie, Tom and I will be in Santa Cruz next Saturday to swim around the Muni Pier for the Will Swim For Food fundraiser.  So far we have raised $3,077 for local food banks.  You can still donate to your local food bank by going to
https://www.classy.org/santa-cruz/events/will-swim-for-food-2014/e37835.

Thanks and I'll be back in Avila on Sunday

Does anyone swim on days other than Sunday? I'm from Milwaukee and typically swim in Lake Michigan in the summer. I'm going to be in Avila Beach next week and am thinking of going for a swim Friday morning. 58 degree water this time of year is too tempting for me to pass up. If no one else swims during the week, are there landmarks I should look for to mark distance? Thanks.