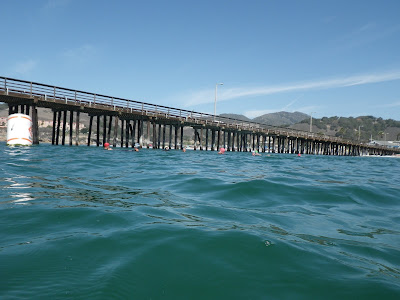 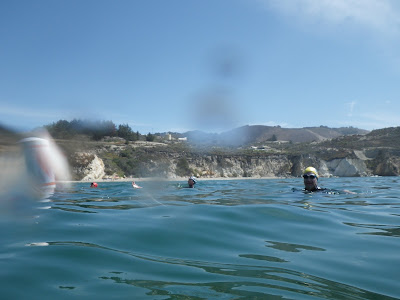 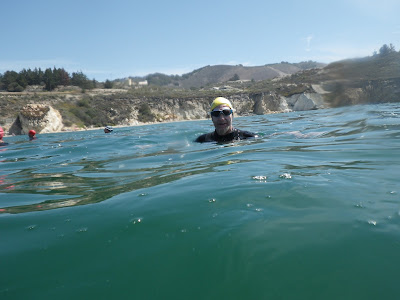 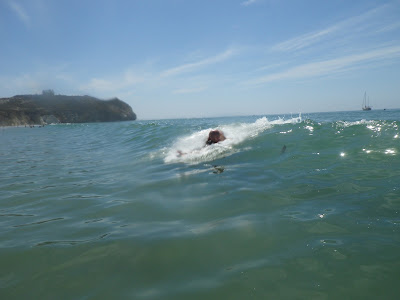 
This morning Dave Van Mouwerik began an attempt to swim across Estero Bay, a distance of 14.4 statute miles, from China Harbor near Harmony to Sponner's Cove in Montana de Oro.   https://esterobayswim.wordpress.com/
As of this writing he was doing well and was schedule to complete his swim around 3 PM.
You can track his progress on his Twitter feed: https://twitter.com/dvanmou
Posted by Niel at 2:09 PM