We had great conditions today: it was warm and sunny on the beach, the water was 62 degrees, there was a light wind and small wind waves out of the SE.
Swimming today were some people we had not seen in a while, Paula dropped in for a break from the pool and Brad was in town from the Bay Area and had not swum with us in 4+ years. The rest of the group was Niel, Duke, Eric, Tom, Leslie, Jonny, John, Karen and Stephanie.
Today's route was to go east down the east side of the buoy line and beyond towards Fossil Point until we were seaward of the point, then back to the easternmost buoy, over to the end of the Avila Pier and in along the pier. There was also a swim that stayed along the buoy line, a group that went to Fossil Point but went back along the buoy line, and a group that went from the point directly to the end of the Avila Pier. 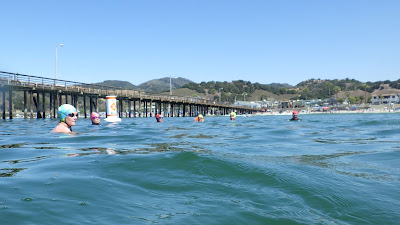 The group getting fromed up at the first buoy.
Paula, Karen, Jonny, Eric, Stephanie and John 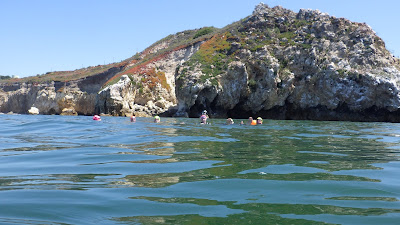 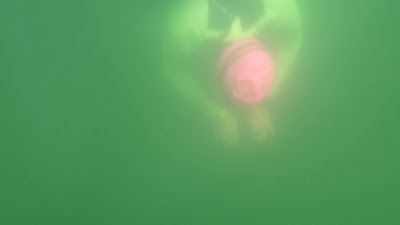 Tom wanted to taks some pictures of me swimming under him. 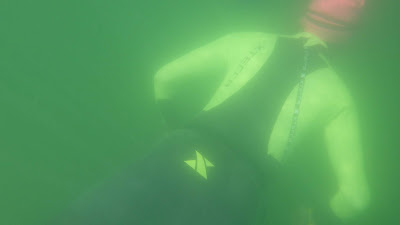 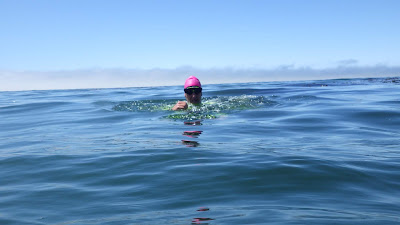 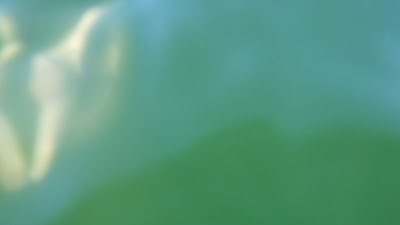 An art shot by Tom.