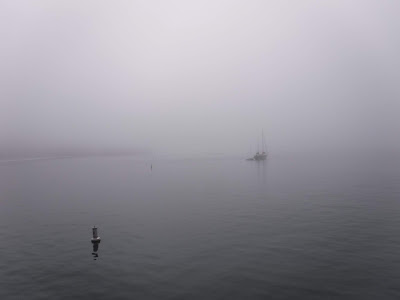 At 10:30 I was out on the Avila Pier getting a water temperature and checking out the swimming conditions. If the fog didn't lift we would be swimming up and back along teh buoy line. 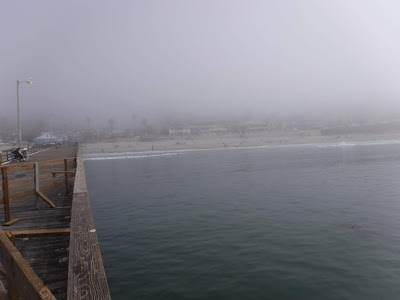 The fog was moving in and out, making it difficult to know if it was going to cleat or not. Just before we got in at 11 the fog opened up and moved way off shore, making for fine swimming.
The water temperature was 60 degrees. With the sun out the air temperature was rising from 65 to eventually 80 degrees.
Swimming today were Tom, Duke, Amy, John, Niel and AnneMarie. 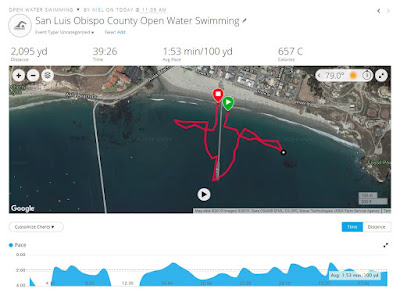 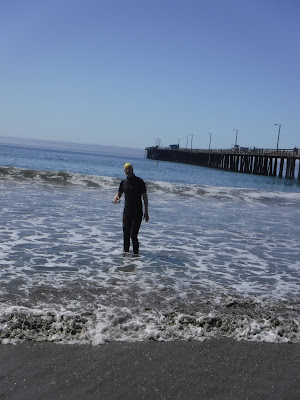 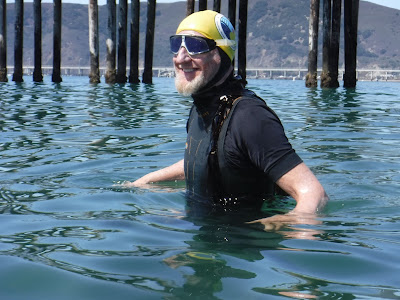 Tom decided to go formal today so he added a fashionable kelp scarf to his ensemble. 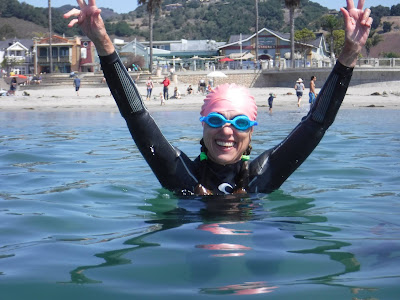 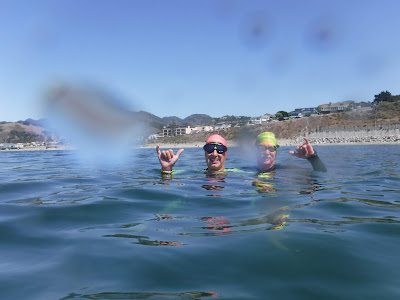 Niel and Duke at the last buoy on the right, if you are looking at the plot,
otherwise on the left from the beach. 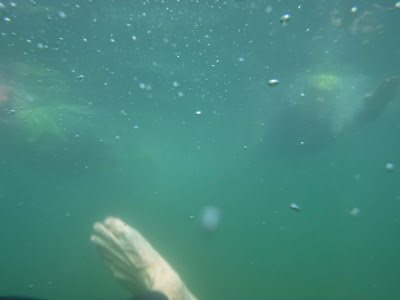 The water was nice and clear close to the shore so Tom tried to get a photo of
Niel (on the left) and Duke (on the right) swimming towards him. 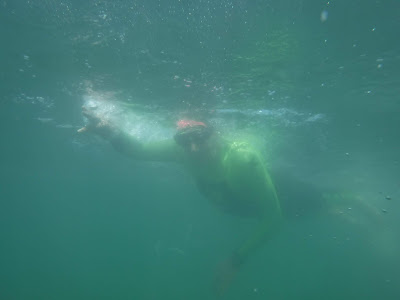 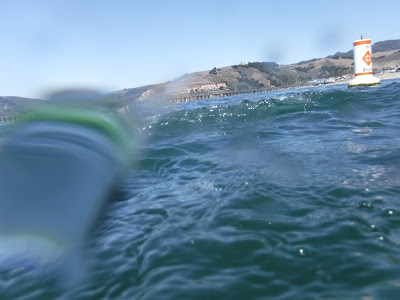 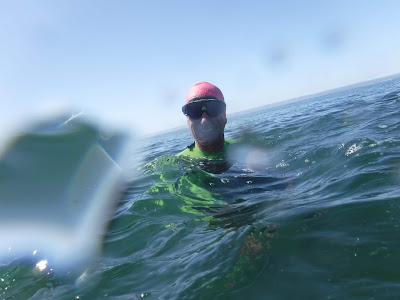 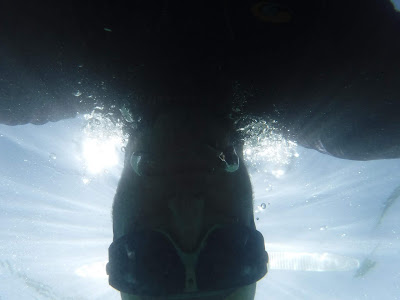 We will be swimming next Sunday and polling interest in a Monday morning swim on Labor Day.