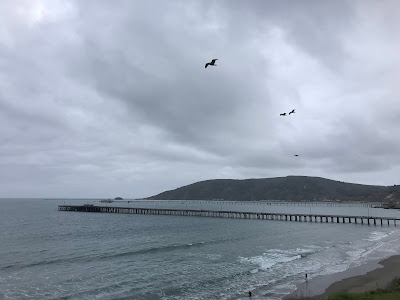 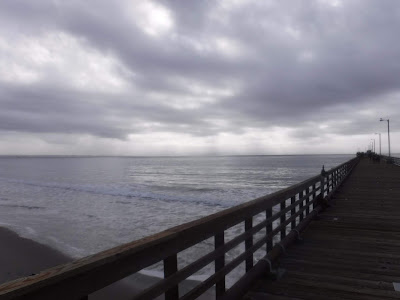 Wintery conditions today. Low clouds carrying rain that was to begin later in the afternoon, no sun, cool and humid with a water temperature of 52 degrees. 2 - 3" surf and a surface that was strangely rippled without any wind. A very high tide at 11 was starting to ebb creating a strong current from the SE. 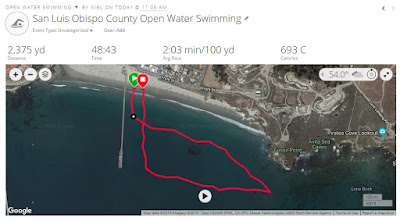 Group 1 was Tom, David and Niel. They swam to off of Fossil Point, then parallel to the beach towards the end of the Avila Pier and in for a distance of 1.35 miles. The first leg out to the point was directly into the current and felt like it was 50% longer than it was. 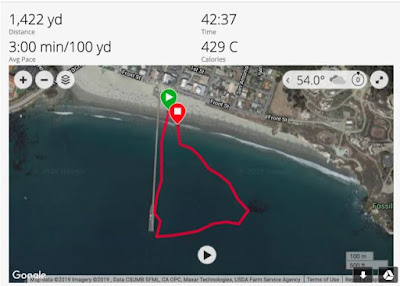 Group 2 was John, Jonny, Heidi, Amy and Maria. They swam out to the end of the Avila Pier, over to the buoy on the little reef and back to the beach for .8 miles. 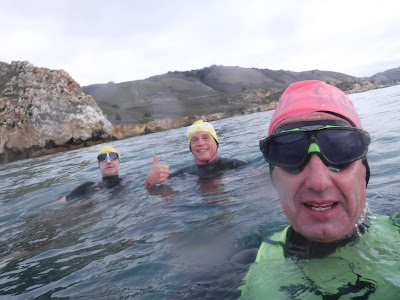 Tom, David and Niel off of Fossil Point 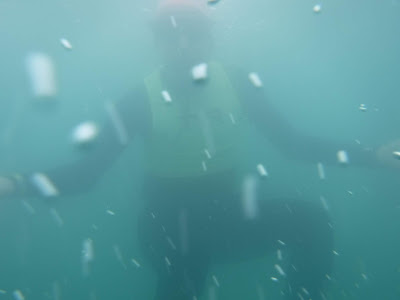 Underwater shots by Tom of Niel, 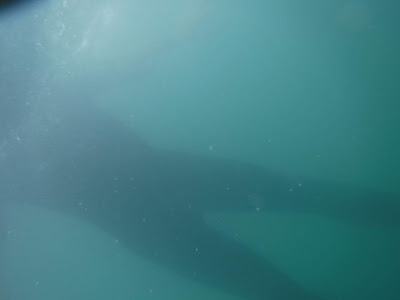 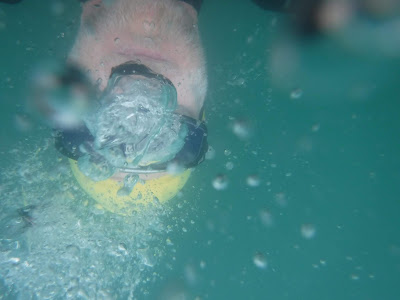 The long term forecast look good for being able to swim next Sunday.