We had a cold start to a cold swim today. Everyone was feeling it afterwards. My feet didn't warm up until after I was home and in the shower. 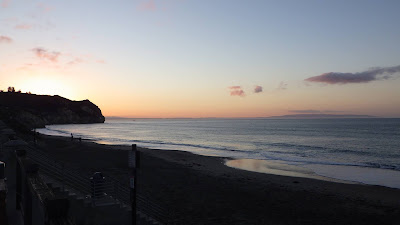 It was clear and cold at Avila Beach at 7:30. I had 34 degrees, Duke said 36, so I guess it was 35. There was a gutsy offshore wind that wasn't helping. The surf was 3 foot and the water had half head high (when swimming) wind chop.

We had a nice group for a Sunday: Duke, Niel, Jodi, Sue and Theresa.  We were to head down to Fossil Point, over to the Cal Poly Pier and back. 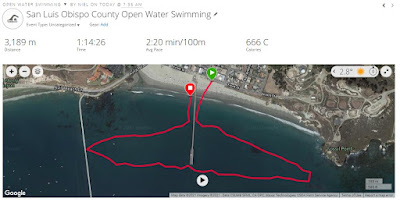 Oupps, got my watch started early. 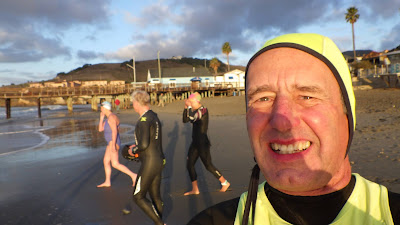 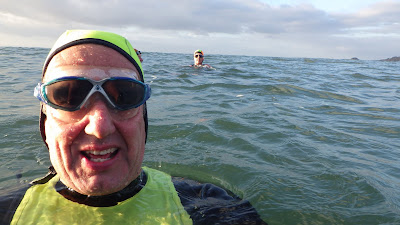 At Fossil Point.
Niel, Duke's nose and Jodi.
Afterwards there was no hanging about, everyone hurried off to someplace warm.
Theresa and Sue are going to swim tomorrow morning at 8AM. I'll swim at 8 on Tuesday.
niel
Posted by Niel at 11:31 AM