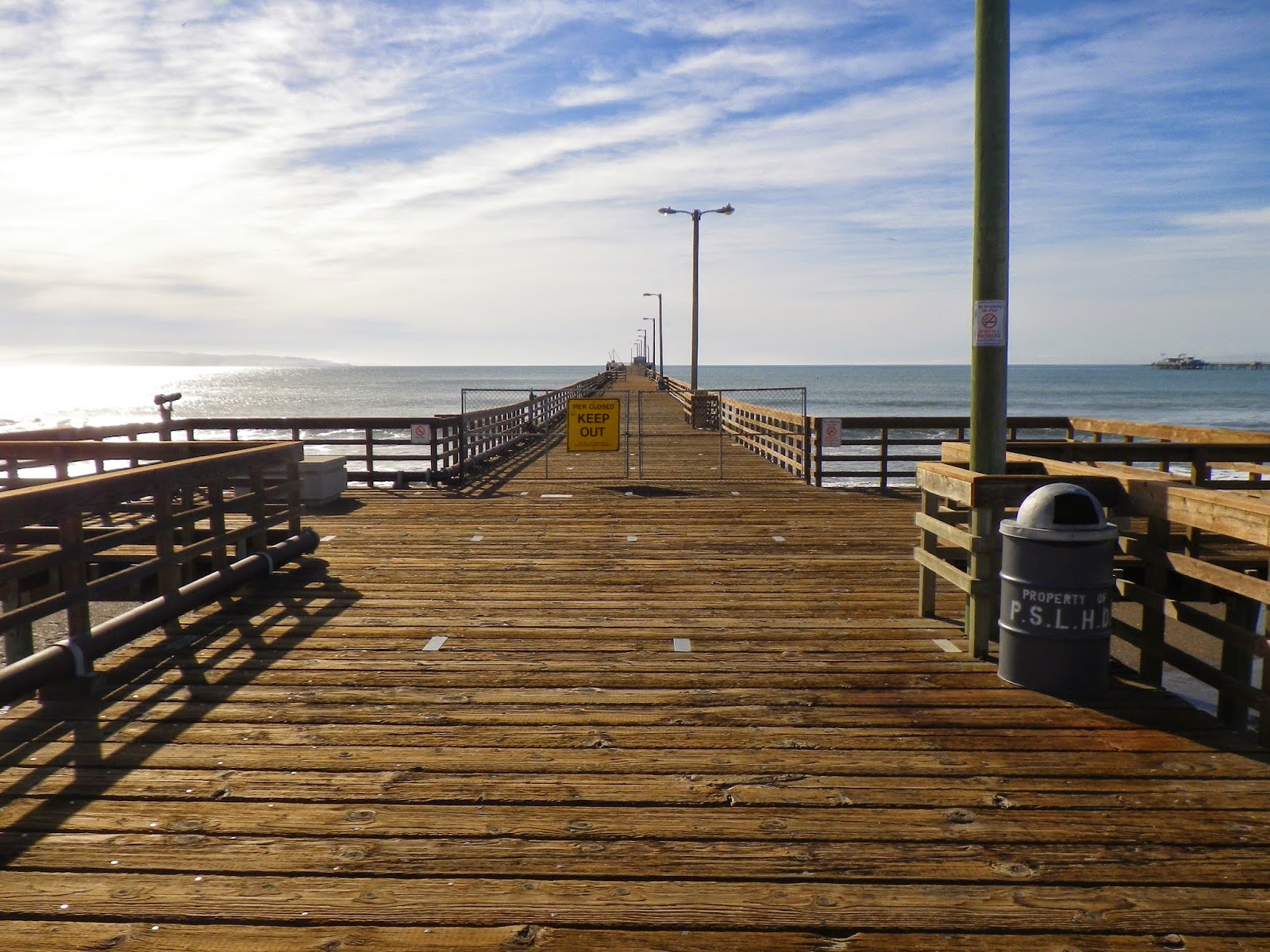 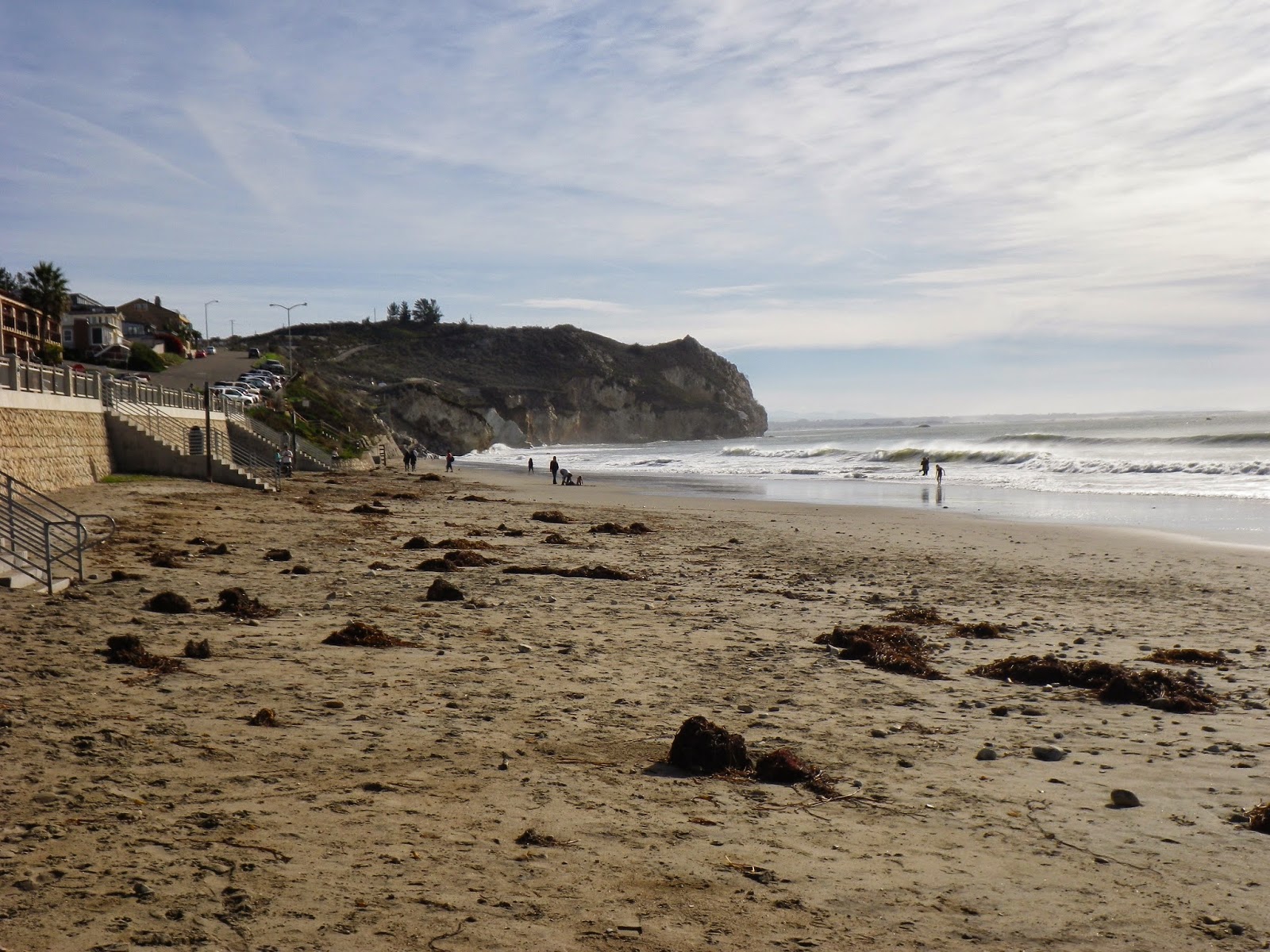 It was a nice day for a swim at Avila Beach; sunny with high clouds and a 10 to 15 MPH offshore breeze.  The pier was closed because of the predicted high surf so I did not get a water temperature but the station at Harford Pier was reporting 61 degrees. There were occasional shoulder high waves between the 2 to 3 footers.  Dale and Sylvia watched our stuff while Stephanie, Niel, Rick, Tom and Amy headed out through the surf, swam down to the end of the sea wall and then to the end of the pier.  Amy and Stephanie headed in while Tom, Rick and Niel doubled back along our route. 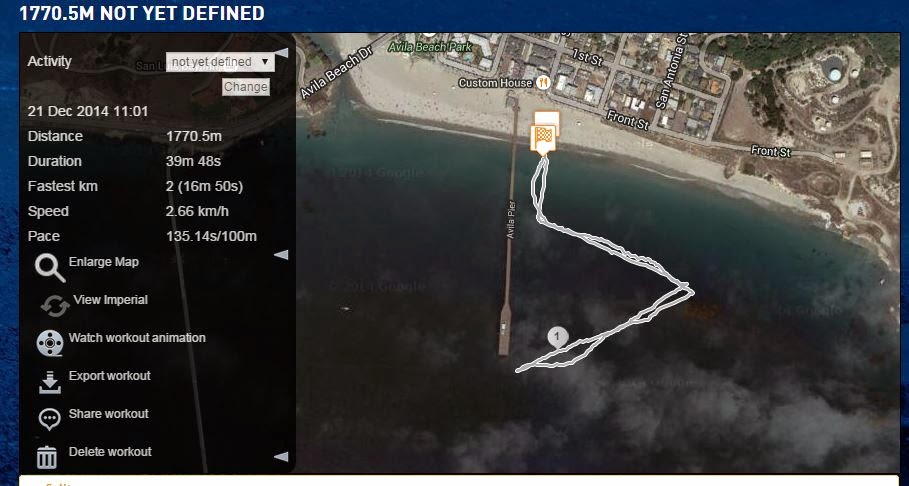 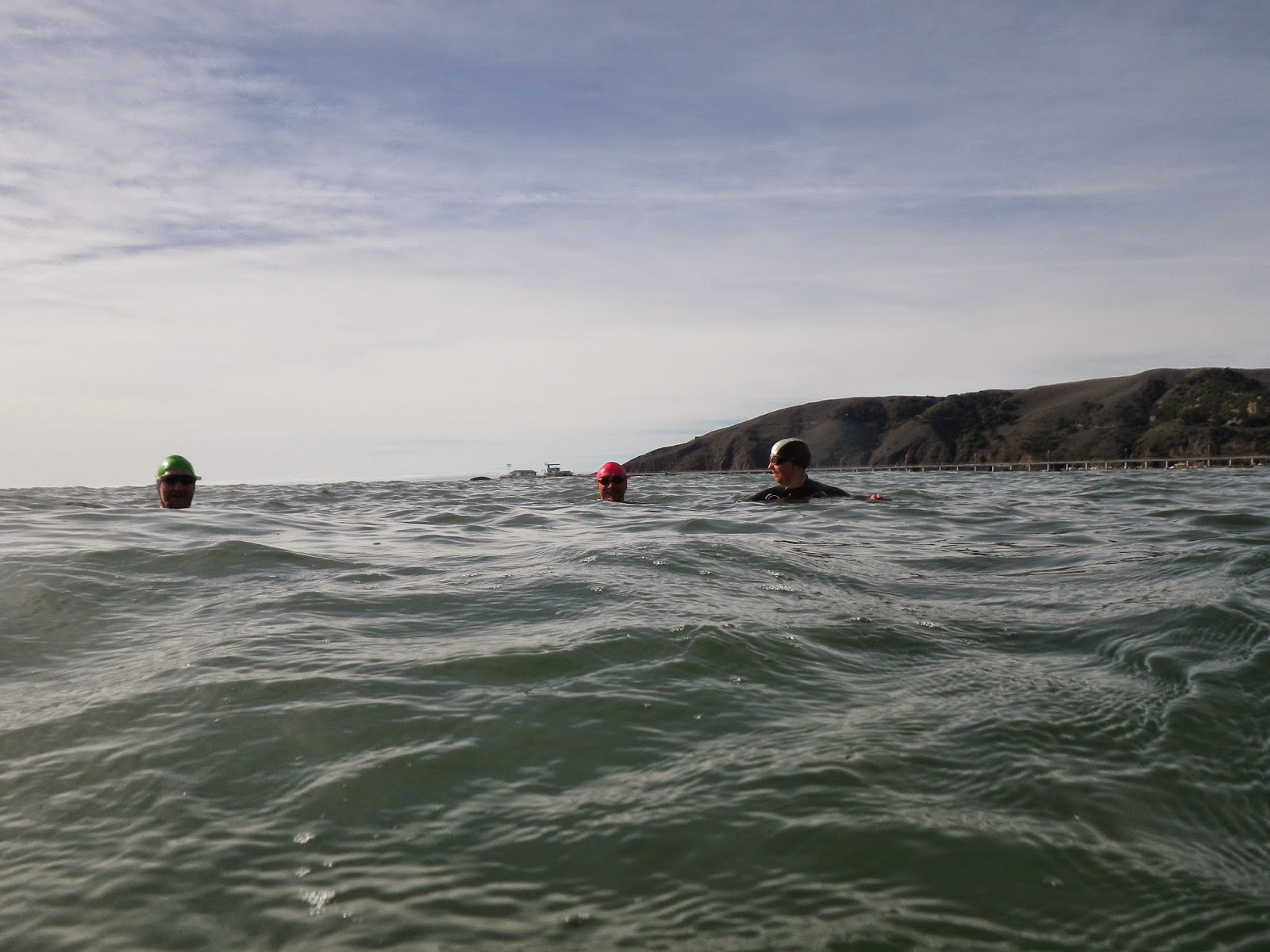 Kevin Watkins was out body surfing on the left side of the pier.  That is Kevin between Tom and Sylvia. 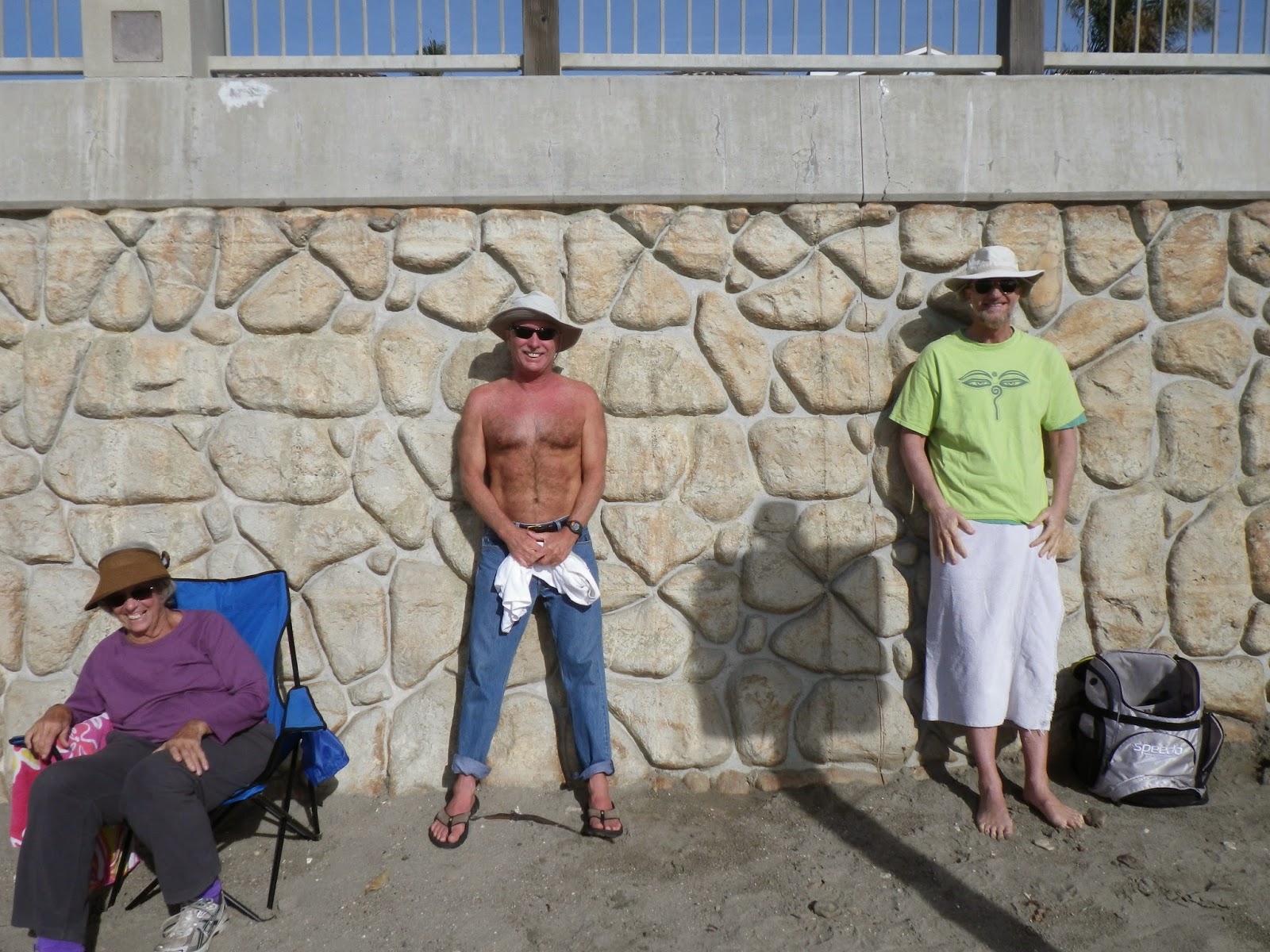 I won't be at the beach next Sunday but Tom and Rick will be there to swim.

On New Year's Day,Thursday January 1, 2015, we will jump in the water at 9AM in order to avoid the crowds for the Avila Polar Bear Swim at noon.  The water should be warm (for Avila in January) but wear whatever is comfortable.