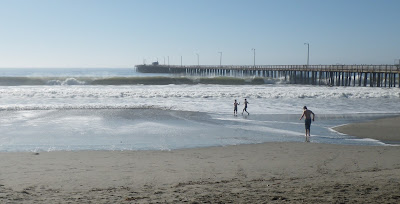 Conditions were much the same as last Sunday except that the breakers were down to 5 to 6 foot. The water was 59 degrees and dirty from the action of the waves.  Niel, Duke, Chad, Sammy, Sidney and Johnny got in the water. 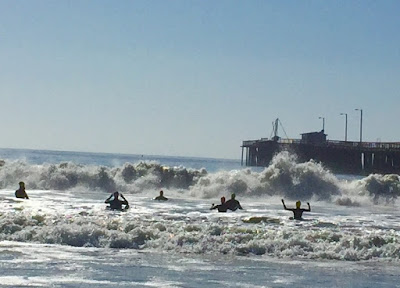 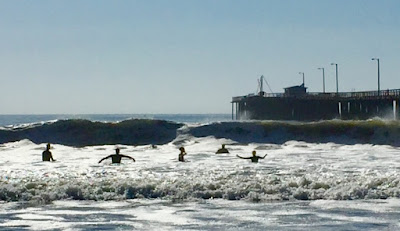 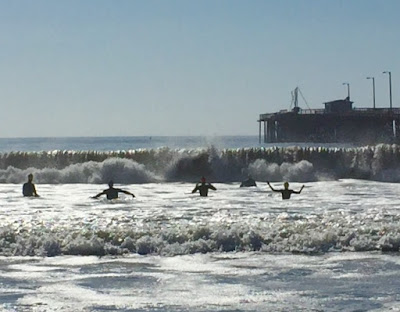 We were more successful today and Sammy was the only one who couldn't get out. Sammy is also our youngest swimmer and I'm impressed that she is game to try and get through the surf when it is this rough.  Once we were beyond the surf line we found that there was still a strong red tide. Yuch!  We swam to the end of the pier hoping for clearer water but instead found it to be worse. It looked like there was a blue spot to the west so we headed towards it and did find clean water, but we couldn't' stay there all afternoon so we came on the west side of the pier through the crud.


We covered about .8 of a mile and felt that we deserved credit for a greater distance because of the energy spent getting out and back in. ;-)

Thanks to Sue, Sammy and Sidney's mom. for the photos from the shore.