Tom's idea for today was to swim east along the buoy line for 3 buoys, then to the end of the Avila Pier and to then do a counterclockwise circle around three boats that were anchored on the west side of the pier, come back to the end of the Avila Pier and go in.
It sounded like fun so Niel, Heidi, Craig, Tom, Brenda and Eric headed out. Peter started with us but did his own swim.
The water was 59 degrees and very clear but full of loose kelp, pretty flat, with a current out of the SW. The route was 1.52 miles and a great swim. 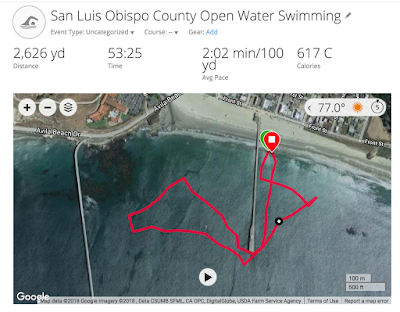 If you look really close you might be able to see the boats in the plot
;-) 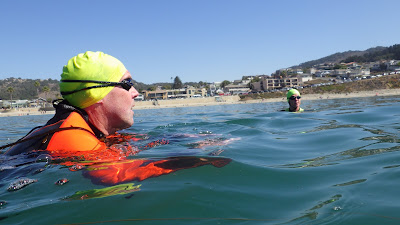 At the start, Craig in his new wetsuit, ready for the holidays. 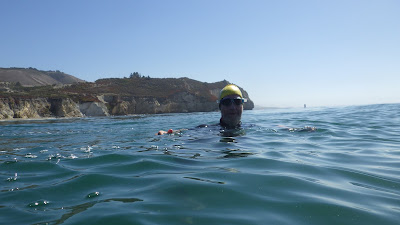 Tom at the third buoy 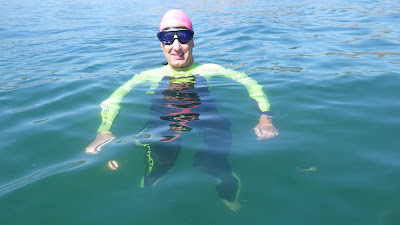 Niel at the same spot in nice clear water. 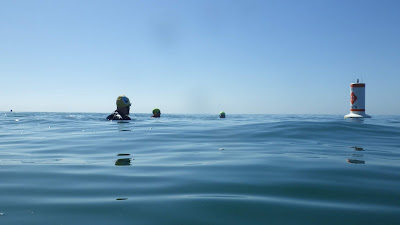 Tom, Craig and Heidi at the third buoy 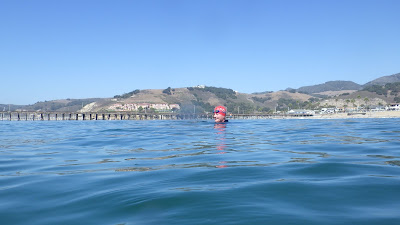 Brenda at the third buoy 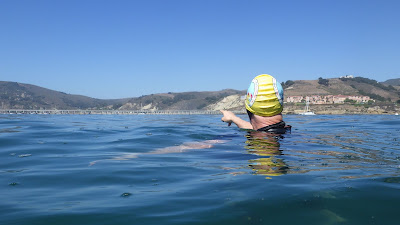 At the end of the Avila Pier, Tom is providing directions.
Our first boat is to the right of his head, the second to the left and the
third (the closest to us) must be out of sight behind his head. 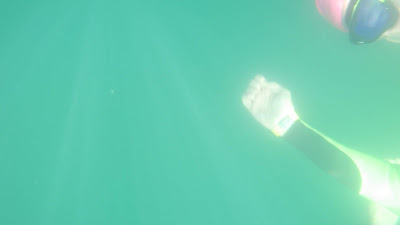 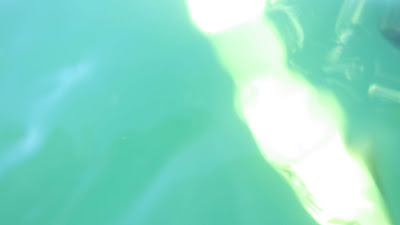 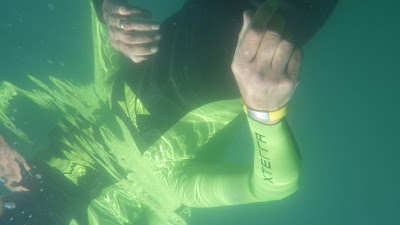 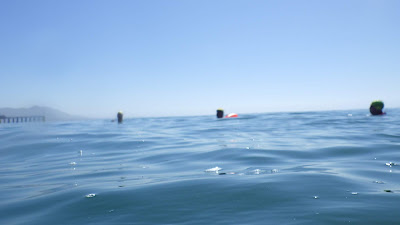 A blurry shot of Tom, Eric and Craig at the second boat. 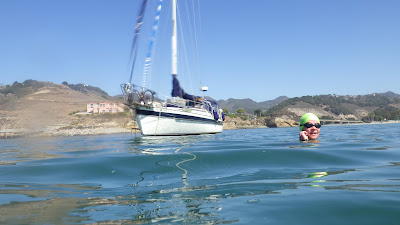 Heidi at the second boat.