A Change In The Weather -

Avila Beach was cool, gray and still with solid high clouds, no wind and clean and colder(er) water. After quite a few weeks of water temperatures in the low 60's I measured 57 degrees off of the Avila Pier. Post swim opinions were that the average water temperature was closer to 55, with the lack of sun helping to make the water feel cool. We decided to do a simple clockwise triangle with the option of changing the route for more distance if the desire reached critical mass at some point during the swim. That didn't happen and we stuck to the original plan. Swimming conditions were great except for the gray skies and the cool water.
Swimming today were Niel, Heidi, Duke, Phil, Eric, Karen, Jeff, Amy, Tom, Dave and Don. 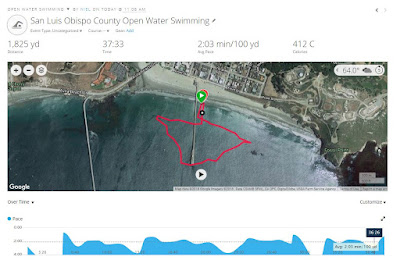 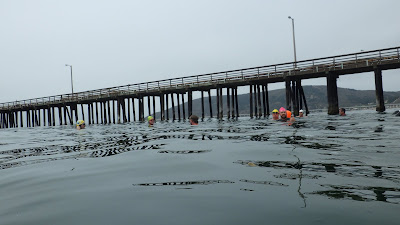 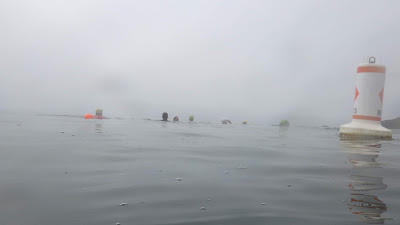 Eric, Dave, Jeff, Duke, Tom, and another green cap.
At the last buoy near Fossil Point.
At this point we spotted a bloated seal carcass that was floating
about 50 M inshore of us, so we decided to boogie
out'a there and get to the end of the Avila Pier. 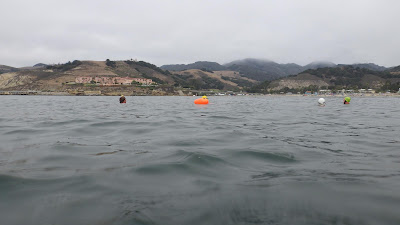 Jeff, Eric, Don and Duke at the end of the Avila Pier. 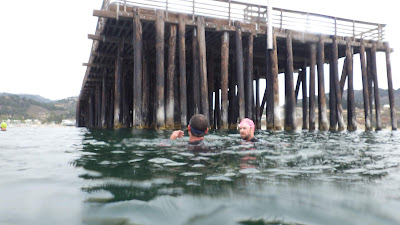 Dave and Phil at the end of the Avila Pier discussing race strategies
for the Santa Cruz half Ironman next weekend.


Labor Day Swim - There will be a swim tomorrow morning, in the water at 9:30 and out'a there before the crowds. Route to be determined before we get in.
So far Niel, Heidi and Craig are swimming.