Niel and Tom completed a single Martini swim today. They were supported by 4 kayakers; Bryan, Thomas, Chris and GiGi. We got in the water at 8:32. The distance was 2.81 miles. Niel finished in 1:37 while El Speedo Tom got out about 20 minutes earlier. 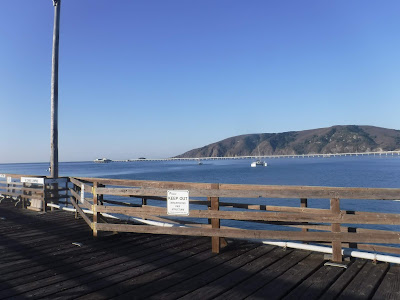 It was a lovely fall day at Avila Beach, clear, sunny, no fog and a slight offshore breeze. 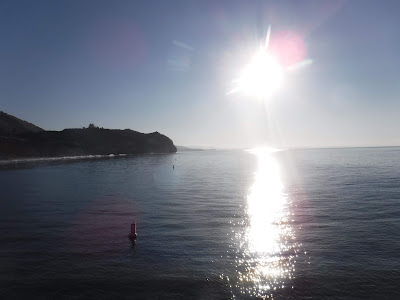 The water temperature was 57 degrees. 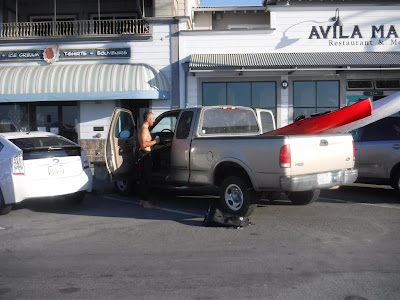 Bryan and Thomas unloading their boats. 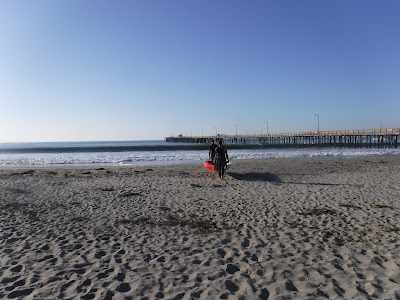 Bryan and Thomas walking the boats to the suds.
The big swell that was hitting the west facing beaches today was only making 4' sets in Avila. Getting out was a simple matter of timing. 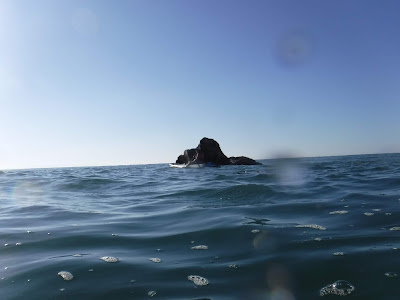 That is GiGi at the rock off of Fossil Point. The first leg from the Avila Pier to this rock was the most difficult of the three. There was a chop and current out of the SE that pushed back the whole way there. 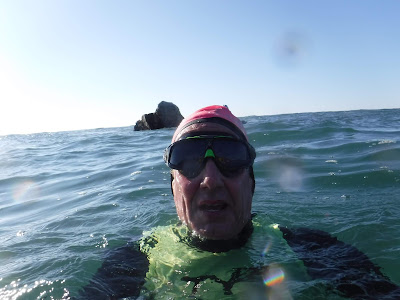 Thank you to Bryan, Thomas, Chris and GiGi who made our swim possible and safe.