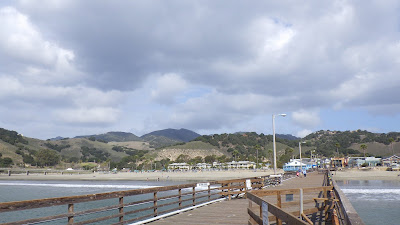 On the way to the Cal Poly Pier. Look closely and you can see
Dave and Hillary's arms above the chop.
I was breathing more frequently than usual in order to keep in time with the chop. 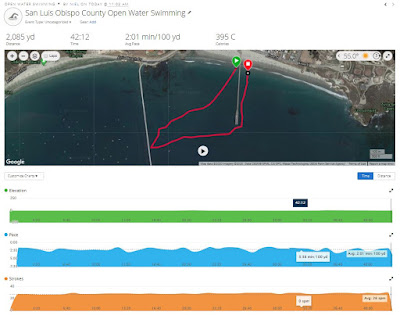 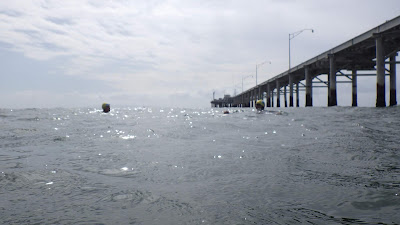 Hillary and Tom at the third crossbars on the Cal Poly Pier.
Dave and Teresa had already left for the end of the pier. 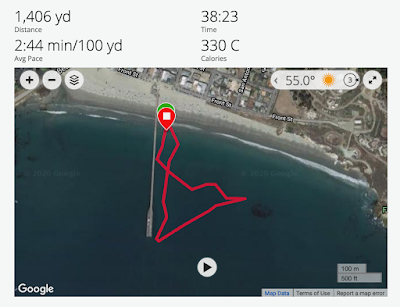