February at Avila Beach has turned around and we are now enjoying the best of the best; seasonal water temperatures in the mid 50's, as opposed to the basement 50's, and unseasonably clear, warm and dry weather. Just don't mention the drought word.
Swimming today were Niel, Heidi, Duke, Tom, Phil, Teresa, Hillary and Dave with a special non-swimming visit from Chad Iiano, former Avila Dolphin and his 3 year old son, having come over from the valley to visit the beach. 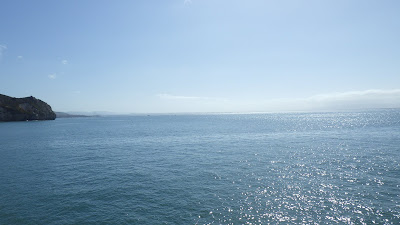 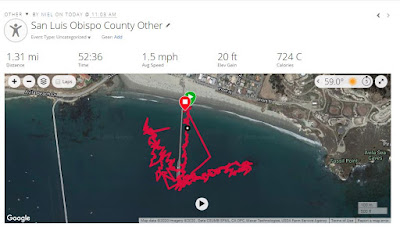 This plot is what can happen when you fiddle with the GPS settings on
your Garmin watch and select 1-second intervals instead of AUTO. 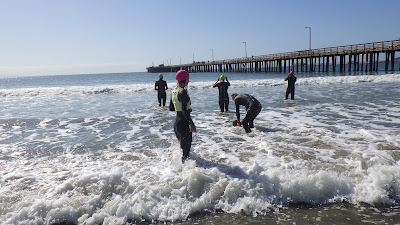 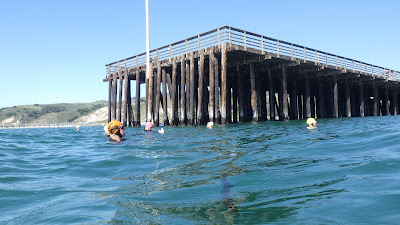 Tom, Duke, Phil, Teresa and Hillary at the end of the Avila Pier for the first time. 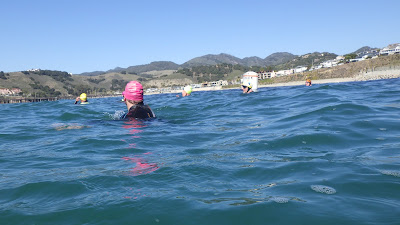 Probably Teresa, Phil, Hillary, Tom and Duke at the reef buoy.
At this point Heidi, Tom and Duke peeled off and headed for home while the rest continued back to the end of the Avila Pier. 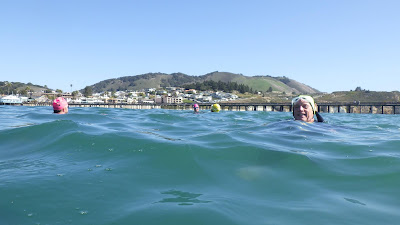 Phil, Heidi, Hillary and Dave at the creek 'buoy'. Heidi had had come parallel to the beach from the reef buoy, under the pier and met up with us.

I got 1.3 miles but I'm not too sure with all of the wiggles in my plot.