Duke got in by himself at 10AM and swam about a mile. I arrived at the beach at 10:30 as Tom was getting in. I think that he swam over to the Cal Poly Pier. He got out just as Niel, John, Jonny, Dave, Teresa, Amy and Cynthia were getting in. Tom and Duke both thought that the water temperature was 56 -57 degrees. I'd agree with that. It had been glassy and calm up to when the group got in at 11. Promptly on the hour the wind came up quickly and hard and there were whitecaps on the water as we got in. John, Jonny and Amy swam down the beach to Fossil Point and back. Niel, Cynthia, Dave and Teresa swam the triangle counter clockwise until we got to the buoy at the reef. Cynthia had headed in from the end of the pier and Teresa swam back to the end of the Avila Pier and over to the Cal Poly Pier and back. 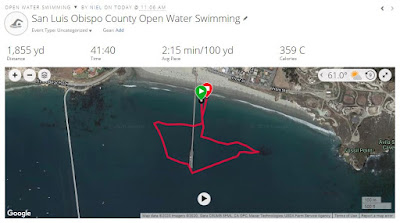 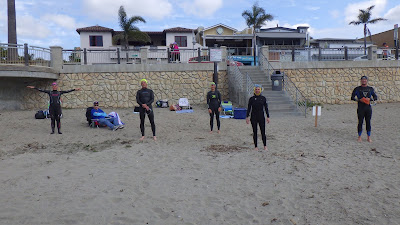 Maintaining proper distances while suiting up and getting in. 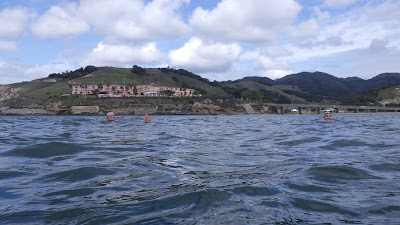 Dave and Teresa at the mouth of SLO Creek 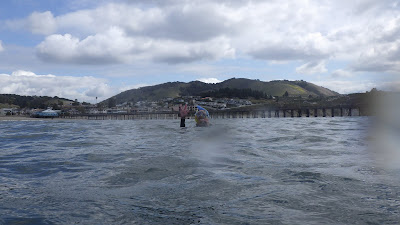 Cynthia at the same spot.