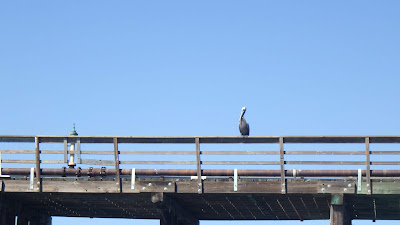 Not a raven but this pelican seemed to be commenting on what we were doing in the water. 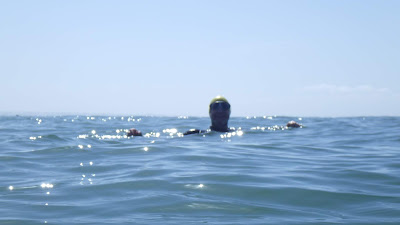 Tom before we crossed under the pier and headed to the creek mouth. It was cold enough that we didn't dawdle during the rest of the swim for photo ops. 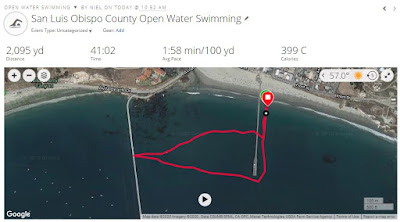 I'll need to watch the rainfall in the coming week to see when we should next swim.