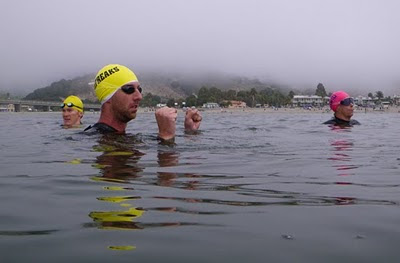 It was not very crowded at the beach this morning for a holiday weekend. Not too many people on the beach and very few in the water. The atmospheric conditions could be described as 'fogcast'. Call it high fog or low overcast, it was very gray but visibility was over a mile, so navigating would not be a problem. The air was very still with glassy conditions on the surface of the water. There was no swell, the waves were knee high and the water temperature was 57. There were several individual pelicans about, occasionally diving on a fish and a large group of seals that seemed to be just swimming about amusing themselves. At the beach today were Sylvia, Niel, Rob, Joe, Allison, Duke, Chad and Brittany, and Gerry Gross. Brittany is still recovering from the soreness remaining from being rear ended so she was not swimming, but it was good to see her back at the beach. Nobody was feeling particularly motivated to push so we wound up swimming the triangle route counter clockwise. The water felt colder than 57, probably due to the lack of sunshine. Still, the water conditions were about as accommodating as they will ever be and we all enjoyed ourselves. The sun made its appearance as we were rinsing off and the warmth was very welcome after the swim.

We will swim tomorrow at 11 and have a pot luck lunch afterwards. 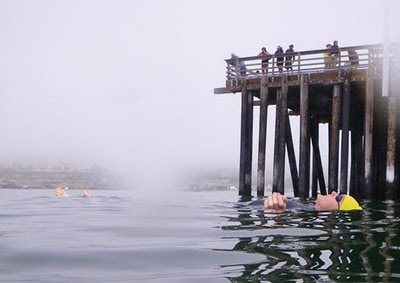 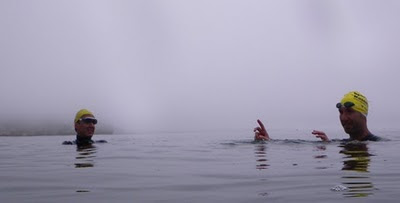 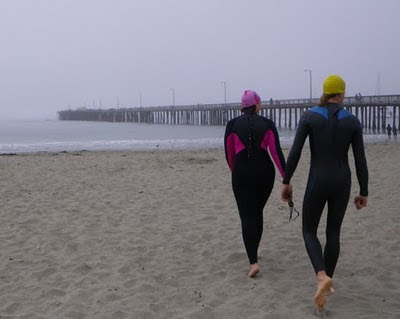 more pictures from today are available over on Facebook!
Posted by Swim Avila at 3:11 PM