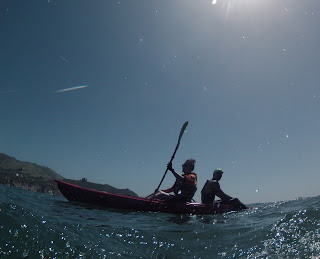 We had real open water conditions for today's swim; cold water and lots of wind.  It was sunny and comfortable up near the wall where we were sheltered, but the wind was strong, steady and out of the SW, the same as earlier this week.  I measured a water temperature of 52 degrees at the usual spot on the pier but the wind and the current made it both feel colder and produced some upwelling in places that for a real temperature drop.   Swimming today were Casey, Rob, John H., Byron, Amy with Allison paddling.  Sylvia, Niel, Sharley and Rick stayed on the beach.  The group did a triangular route clockwise on the left hand side of the pier.  At the end of the first leg Casey bailed and got on the kayak with Allison.  He was wearing a farmer john wetsuit which just wasn't enough for a 0 body fat triathlete in today's conditions.  He couldn't get comfortable enough to get his face in the water.  Byron said that the the second leg to the end of the Avila Pier was like wrestling a bear, throwing yourself into the current and chop and trying to get somewhere.  Everybody came in along the pier.  The water near the end of the Avila Pier was much colder.  I've noticed this several times before.  It must have something to do with the wind direction and how the resulting current reacts with the end of the pier, causing deep water to be pulled to the surface.  By distance this was about a half mile swim, by effort it was easily equal to twice that distance.
Rhonda arrived at the beach after the swimmers were out of the water, completing a training  run to Avila from their home in Arroyo Grande.  She covered 20 miles in 3 hours and looks ready to kick butt in her qualifying tri in Texas.

We will be swimming Wednesday evening at 5:30.

Thanks to Rob and his GoPro for the pictures.

Hey, I needed some additional style in my life so I ordered a new, colorful band for my Road ID.  $5 and no more plain black!
With my order came a coupon for $1 off for up to 20 other orders by friends, so get yourself a colorful wristband for your Road ID or one of their nice lights for your running shorts or bike. 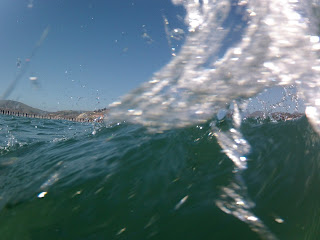 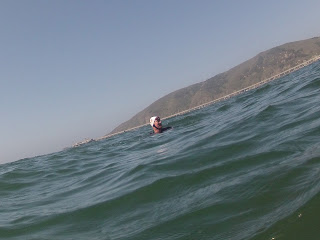 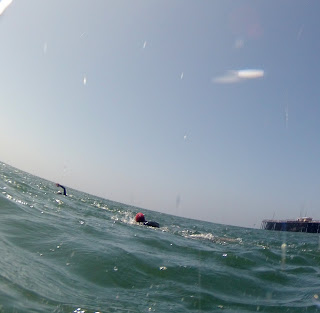 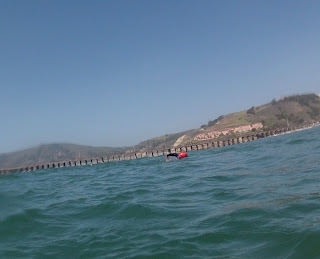 Quick bonus update for Friday night... we had a great crowd! 8 swimmers (Rick, Byron, Rob, Penny, Jason, Kim, Bridget, Judy), 1 SUPer (Danilu), and 2 waiting for us on the beach (Rhonda and Allison). Of our 8 swimmers 4 were out for the first time this season, or in some cases ever! Due to heavy wind and lots of chop in the water the group kept inside Mallard cove. Some did 2 big triangles, others did 1 1/2.

A lot of Friday night regulars have races, concerts, and other places to be this week so I'm not sure that we'll have a swim this coming Friday. If you want to go out get the word out on the Open Water email group and we'll see if we can't get you some partners. We should be back to normal the week after. 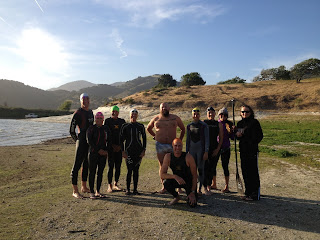 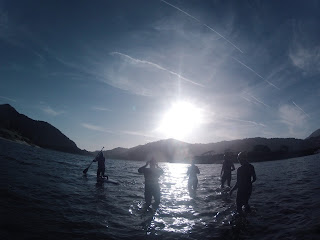 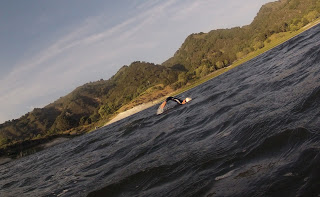 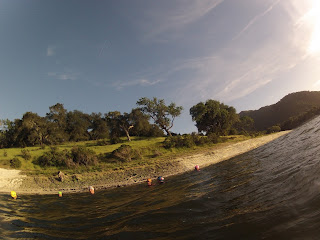 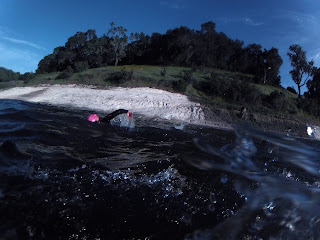