The start of November at Avila Beach greeted us with friendly conditions; clear sunny skys with an air temperature in the 70's and a water temperature of 61 degrees. The water was very clean with good visibility and 3 foot waves.  Today's swimmers with wetsuits were Rick, Niel. Tom and Nicole with Pete and Sylvia holding up the honor of the traditional faction. Pete and Sylvia did their own swim. Niel, Tom, Rick and Nicole did the triangle clockwise covering 1.08 miles in 39 minutes from in to out. 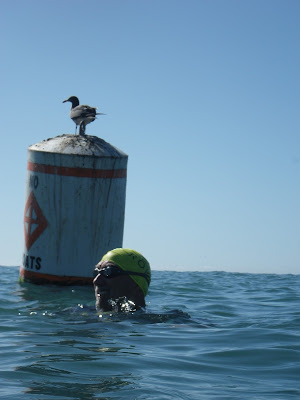 Rick and a non swimmer at the east end of the buoy line. 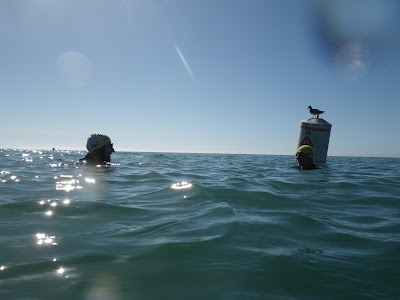 Tom and Rick, at the same spot 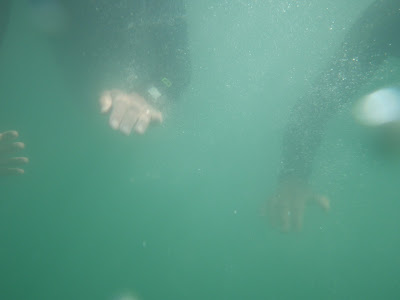 Attempted group photos, Nicole's fingers, Niel's hand and Rick's arm.
It is really hard to stay submerged in a wetsuit with no weight belt. 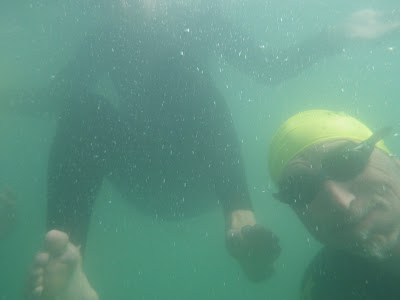