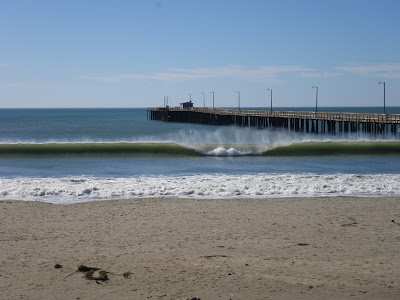 Fall at Avila Beach: warm to hot on the sand, 55 degree water, strong offshore winds and larger waves than we see in the summer.  In the water today were Niel, Heidi, Jonny, Duke, Amy, Bo (Amy's brother from SoCal), Dave VanMouwerik, Sam, Sydney, Sue (back from England) and John.
The plan was to do a similar swim to last weeks; out to the end of the Avila Pier, over to the Cal Poly Pier, more or less straight back to and under the Avila Pier and in to the shore. 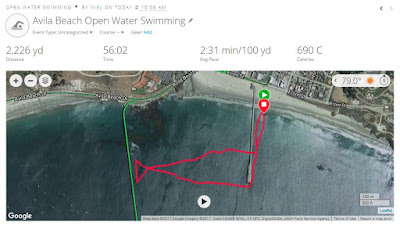 The line parallel to the Cal Poly Pier is how far the wind pushed us out
to sea in the 7.5 minutes that it took the group to reform.  The swim to the
Cal Poly Pier and back to the Avila Pier were across the chop. On the leg back
to the Avila Pier I was on Duke's heels and the jogs in my trace are
us zig zagging with the push from the chop and wind. 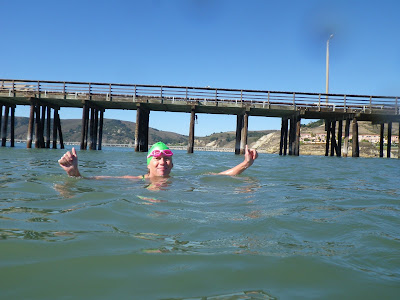 Sue at the start. No wetsuit for her or Dave. 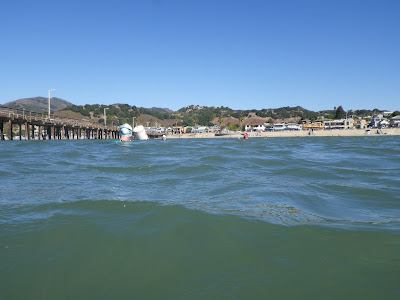 Sydney, Sam and Duke at the start. 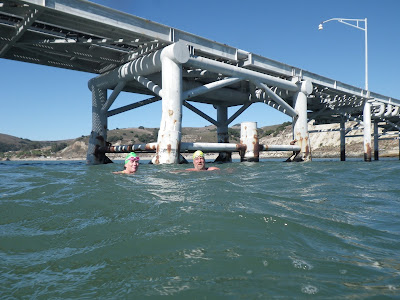 Dave and Sue at the Cal Poly Pier
The group broke up at the end of the Avila Pier. Sydney and Sam went in.
Heidi was having impossible trouble with her goggles and had to cut her swim short. 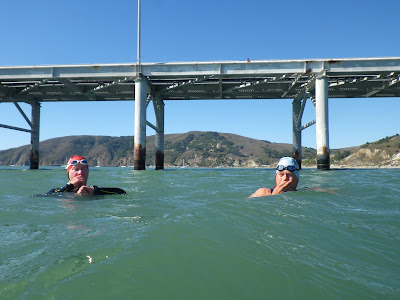 Duke and Bo at the Cal Poly Pier
You can make up your own caption for this picture. 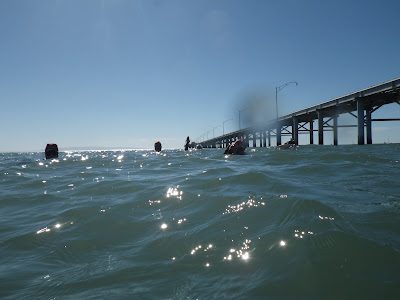 This was a great a nice swim and a great workout, and, the beach was nice and warm afterwards.

Sue and Heidi will swim this Wednesday at 5:00. Everyone is welcome to join them. 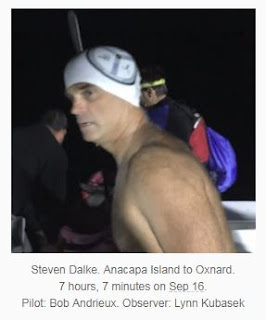 Steve Dalke lives in Bakersfield and made the trek over to Avila to swim with us prior to attempting the 12.2 mile swim from Anacapa to Oxnard.  He did really well and was the 62nd person to complete this swim.  Congratulations!