The wind was up early today so it was already blowing hard and steady when I arrived at the beach. I got a reading off of the pier of 54 degrees in very shallow water. There were thin high clouds and a weak sun. There had been no further shark sightings since last weekend so the caution signs were down. With the wind out of the SW I decided that a counter clockwise triangle course would be good because the first leg would be into the chop, the second across the chop, the third would have it following us and the last would start hard but the chop would diminish as we neared the pier.
Swimming today were Niel, Heidi, Jonny, John, Amy, Maria, Tom and dropping in with us form the bay area was Meredith.
We all swam out, turned right and swam to the buoy at the creek mouth. Niel, Maria, Tom and Meredith headed to the end of the pier while John, Jonny, Amy and Heidi headed back along the buoy line. We met up at the last buoy on the east side of the pier and returned to our starting place. The water was extremely clear for Avila and the chop kept me pushing the whole time. 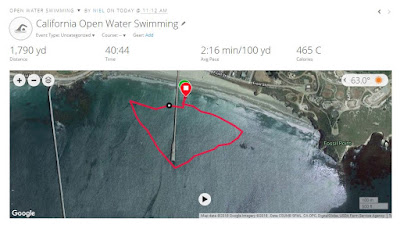 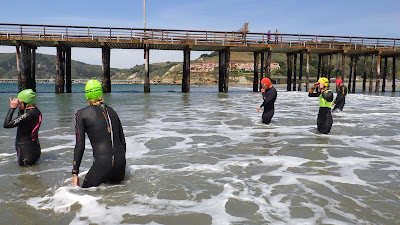 Amy, MAria, Jomnny, Heidi and John getting in. 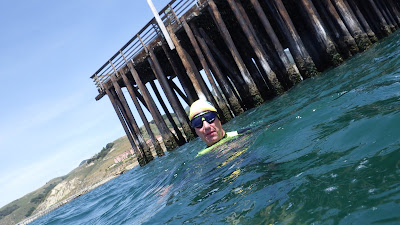 Niel at the end of the Avila Pier. 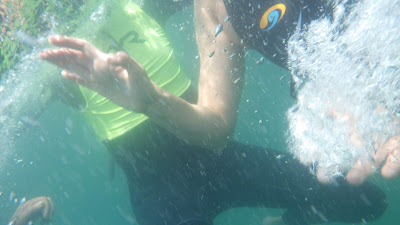 We attempted some underwater shots but websites don't make it easy. 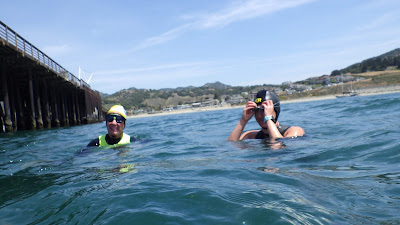 Niel and Meredith at the end of the Avila Pier 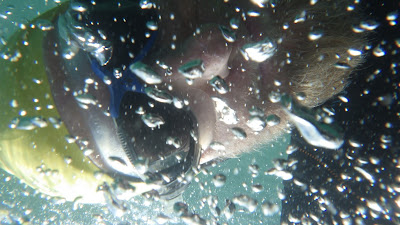 Self portrait by Tom.