Tom's Jeopardy Route - What was the question that this route is the answer to? 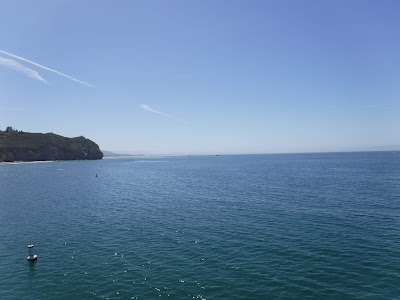 Conditions today looked pretty nice, especially compared to the last few weeks.
The water temperature was 55 to 57 with some exceptional
spots of much colder and warmer water.
The wind was mild and out of the NW but was going to build as the day went on. 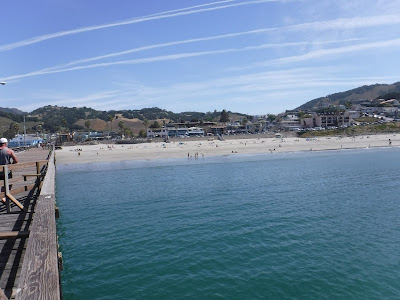 Swimming today were Niel, Tom, Duke, Amy, Heidi, Sue, Jonny, John, Margarite, Annemarie, Emily and Katy.  Tom came up with this route and would let us know what question the plot would be the answer to.
Niel, Tom, Margarite, Duke and Emily swam Tom's route for 1.51 miles.
Amy, Heidi, John, Jonny, and Katy swam part of the buoy line and out to the end of the pier and back, for about .8 of a mile.
On the west side of the pier I swam into water that was both about 4 degrees colder and warmer. The warmer water was from San Luis Obispo Creek. I don't know what was the cause of the upwelling that would have made the cold spots. 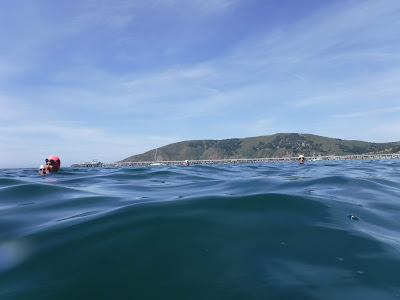 Sue, Margarite, Emily and Tom at the end of the Avila Pier 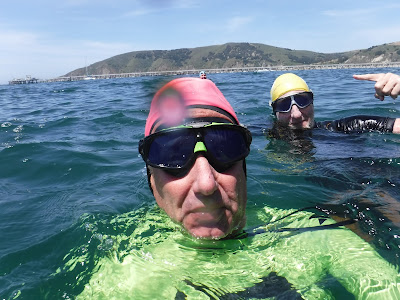 NIel, Emily behind and Tom giving a hint. At the end of the Avila Pier 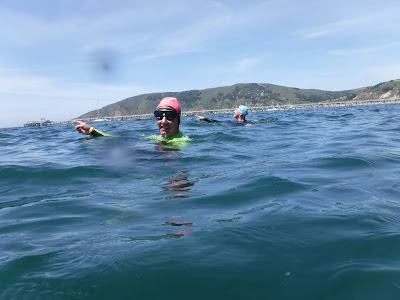 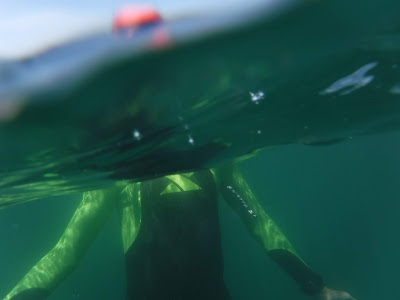 A couple of water clarity checks.
The water is still nice and clear. 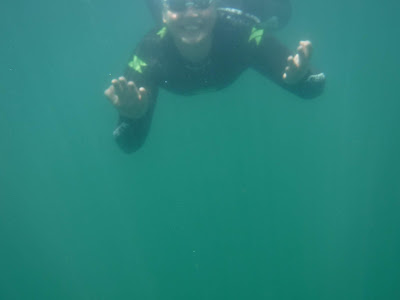 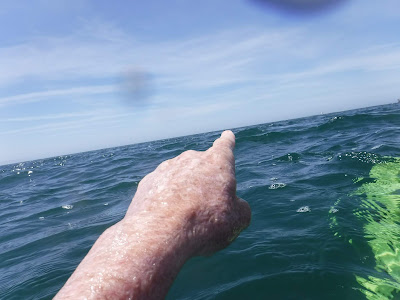 Another hint from Tom. Tom had to tell all of us what the question was;
Which was is South?

Next week we need to start planning a 4th of July Swim.