To the Poly Pier Another Way 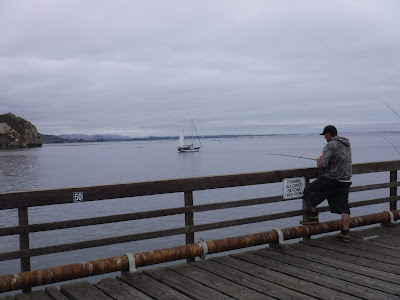 Conditions were gray, overcast, cool and calm with the wind just starting to come up. I measured a water temperature of 57 but it felt more like 55 in the water, possibly due to the overcast.
Swimming today were Tom, Niel, Duke, Emily, Heidi, Jonny, Eric and Teresa.
This was Emily's last swim with us. She graduated in architecture yesterday and is traveling back to her home state of Minnesota on Tuesday to begin her career.  Congratulations and we'll miss you!
and this was Teresa first day to go bareback!
The plan today was to go down the buoy line on the west side of the pier to the creek mouth, over to the third set of crossbars on the Cal Poly Pier, back to the end of the Avila Pier and in. Going to the third set of crossbars instead of the usual second set would swing us out past the kelp bed that is close to shore. 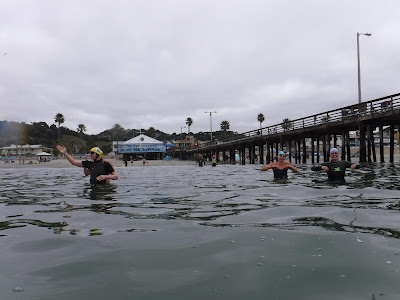 Tom with Eric behind him, pointing the way, Jonny and Heidi
in the background and Teresa and Emily doing the chicken dance getting in. 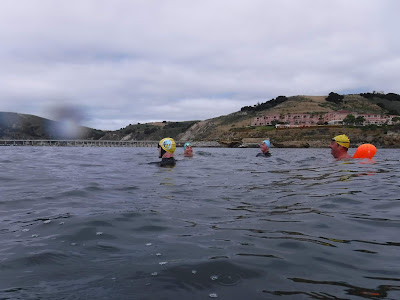 Tom, Teresa, Emily and Eric at the 4th buoy.
The wind had come up enough that there was a current
and noticeable chop on the way to the Cal Poly Pier. 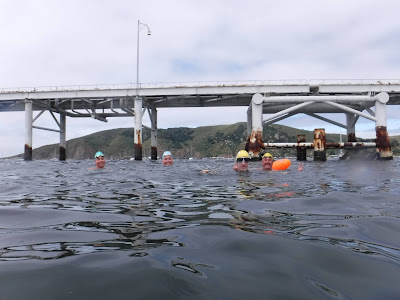 Teresa, Emily, Tom and Eric at the Cal Poly Pier 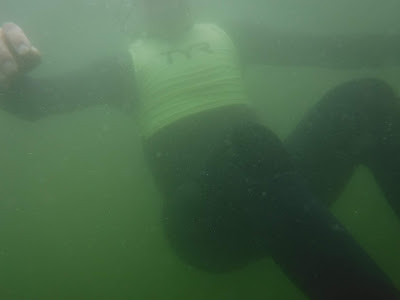 The water clarity isn't what it has been. 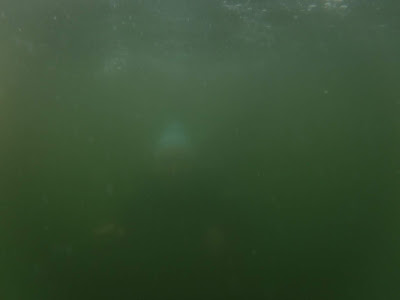 10 feet away and all you can see is Emily or Teresa's blue cap. 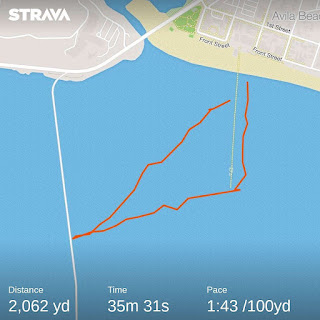 Duke got a late start, swam almost the same route
but never quite caught up with the group.