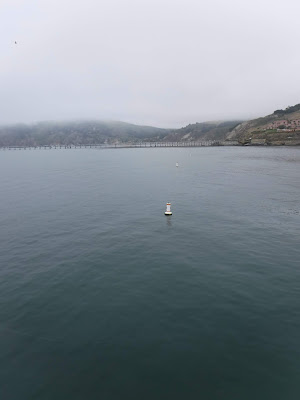 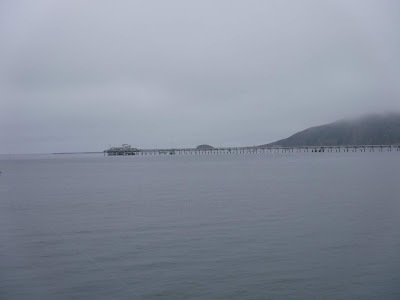 The last day of June gave us genuine Central Coast June Gloom; gray and cool mornings with sun later (south facing beaches only) as the wind came up. At 10:30 the air temperature was in the upper 50's and the water was 60.5 degrees. The flat water in the first photos lasted only until the wind came up and the sun came out, which is  a pretty nice trade.

Today's plan was to swim left along the buoys to the end (4th) buoy, to the end of the Avila Pier, then either to the end of the buoy line at the creek mouth and back along the buoy line to the start for a mile or to head over to the third set of crossbars on the Cal Poly Pier and then back by some route to our starting point. This would be about a mile and an half.
John, Jonny, Amy and Heidi did the one mile while Niel, Tom, Jim and Duke opted for the longer swim. 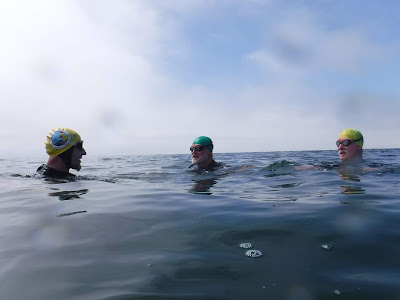 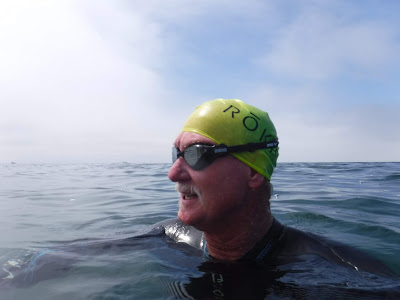 This is Duke modeling the new Arena Tr-Goggles. 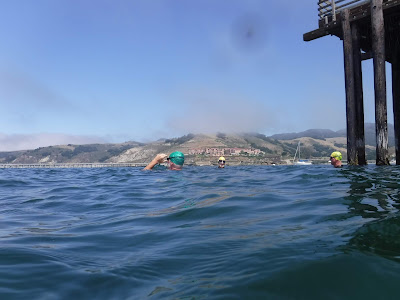 At the end of the Avila Pier. Jim, looking for a great white whale, Tom and Duke.
The sun is out and is has gotten bumpy. The next 700M over to the Cal Poly Pier was not sheltered from the wind so it would a real ocean swim. 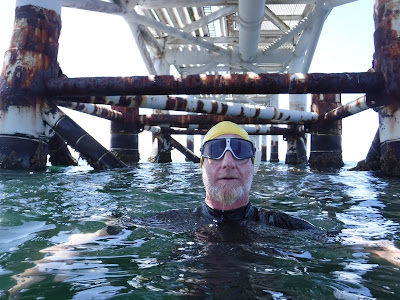 Tom, under the Cal Poly Pier at the third set of crossbars. 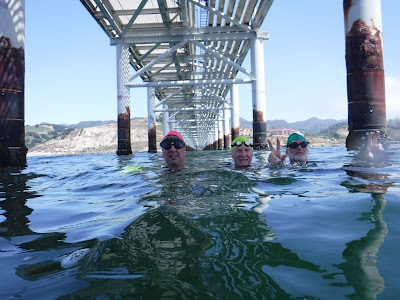 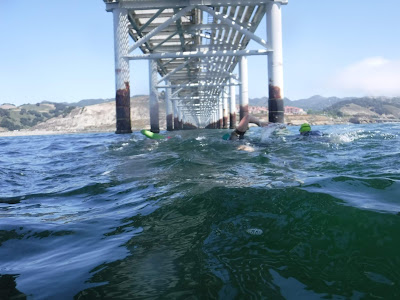 Niel and Jim swam towards shore under the pier to the second
set of crossbars and from there to the base of the Avila Pier.
Duke and Tom didn't need any lane lines so they took
a more direct route back to the Avila Pier. 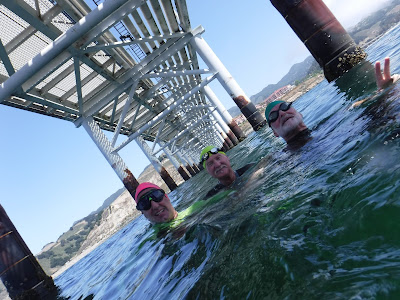 The leg back to the Avila Pier was with the current and chop at our backs so it was a nice way to finish. I had 1.62 miles on the clock when I stood up at the beach.