I was out of town so Heidi, Tom and John contributed to this Sunday's blog.

Some photos (looks like John is trying to feed Jonny a banana) and maps of our swim.  The close up view of the map shows our route climbing on the pier before taking the leap into the ocean.  Our group was John, Jonny, Stephanie, Maria, Heidi.

Tom’s Blog Report for Group One

It was a beautiful crisp day at Avila – wispy blown clouds mixed with deep blue skies. Perfect February day.  Swimming in group one today was Duke, Sue, David, and Tom.  There was a pretty big ship anchored out a ways beyond the Avila Pier.  Initially, I thought it was a coast guard cutter – It was not.  Whatever it was, it was fitted out with a lot of electronic gear (research, maybe) and had some robust cranes/ lifting moving power in the stern of the boat (deep crab cage fishing?) – whatever it was, it was named the Independence, we swam out to it.

It was about 1300+ yards away from the our starting point, and looked to be about 200 yards further out to sea than the Cal Poly pier – see picture.  The bridge of this ship appeared to be easily more than 3 stories high from the water.  There was a nice swell, the water by my internal thermometer was 53-54.  We all agreed, the way back was work – it was pushing out to sea.  All in all it was a good day of ocean swimming! 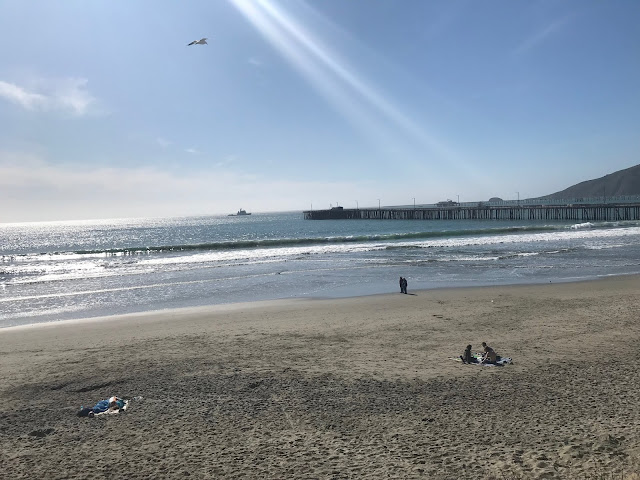 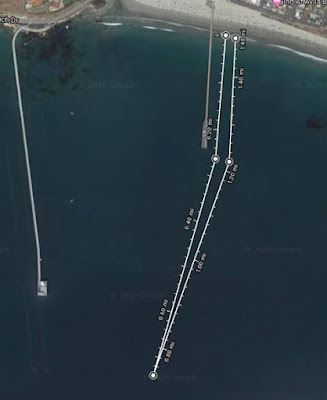