Avila was sunny and windy with an air temperature of 60 degrees and a water temperature of 52 off of the pier and 50 to 51 toe test temp. See the following voting.
The plan was to swim to the end of the pier, over to the reef buoy, OK as it was high tide, back to the end of pier and in for a mile swim.
First getting in were Niel, Tom, Phil, Duke, Stephanie and Heidi. Teresa caught up with us. John and Jonny got in later and did their own swim. 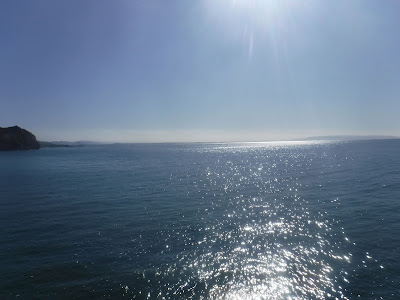 Seasonal Central Coast weather today. Not too bad for mid-February 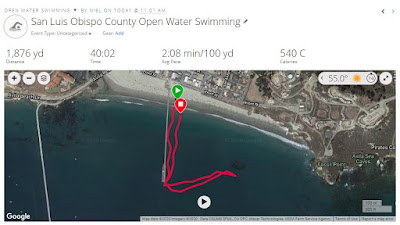 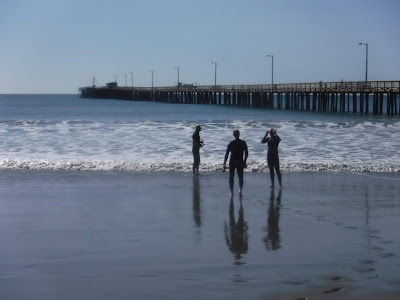 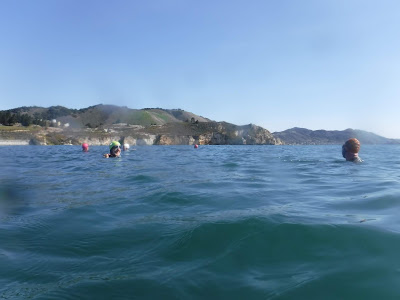 Stephanie, Tom, Teresa, Phil and Duke at the end of the Avila Pier for the first time. 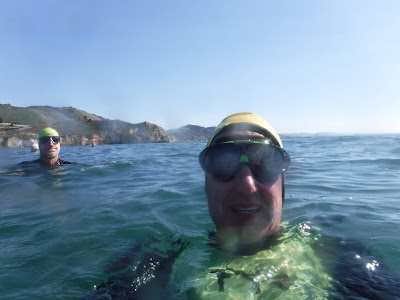 Tom and Niel at the same spot. Nice clean but cold water. 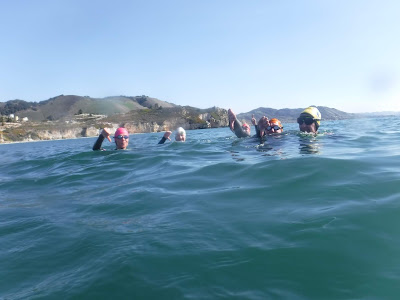 Swimmers caucusing about whether the water temperature was above 51.5
There were no problems with our software with this method. 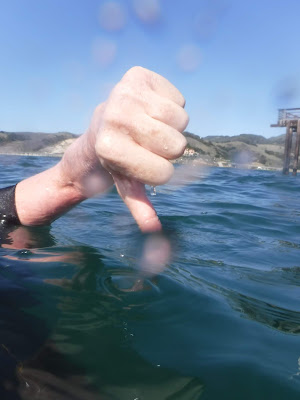 Tom's vote.
It took swimming the length of the pier for me to get past the first shock and settle in.
That is below 52 for me. 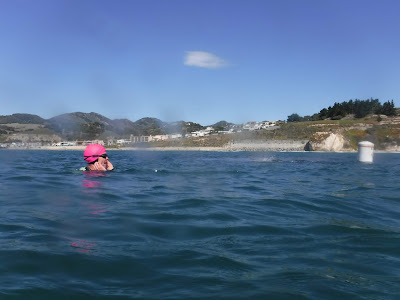 I think that is Heidi and Duke already heading west at the buoy that marks the reef. 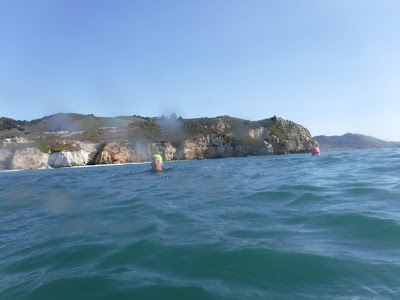 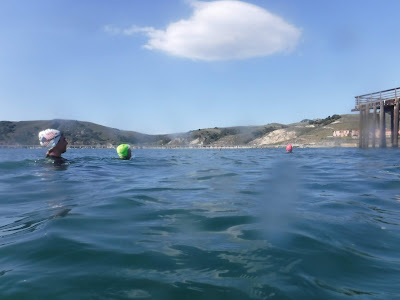 Back at the end of the Avila Pier.
Teresa, Dave, and ? talking to John and Jonny in the background.