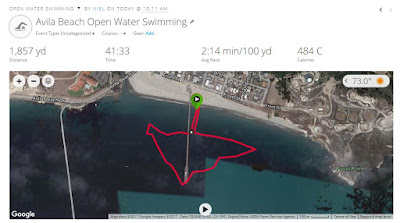 Take your pick, it was either fog or heavy overcast at Avila Beach today.  The water temperature was 60.5 F / 15.833 C which is pretty nice since here on  the Central Coast I consider anything above 60 to be a gift. The critter concern today was the possible presence of seals or seal lions that were sick with domoic acid toxicosis. The nice warm water promotes the growth of algae that blooms, builds up in shellfish and bait fish and thus builds up in seals until it causes seizures and unnatural behavior. Any seal that is acting strangely or getting too close should be avoided.
Swimming today were Sylvia, Niel, Duke, Tom, Sidney, Sam, Jonny, Jeff, Gerry Gross and Stephanie.  Sylvia and Gerry did their own individual swims. The rest of the group dis a clockwise triangle. 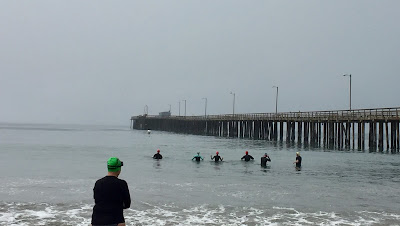 There was no wind, hardly any waves or swell and the surface was glassy. 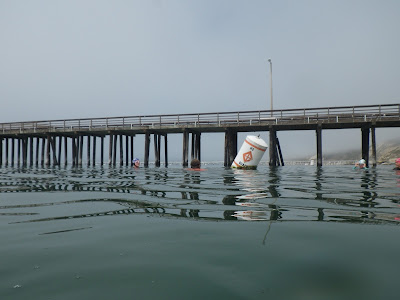 Duke and Jeff at the first buoy. 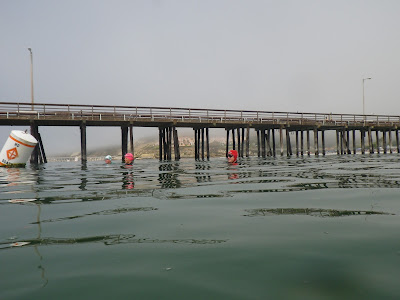 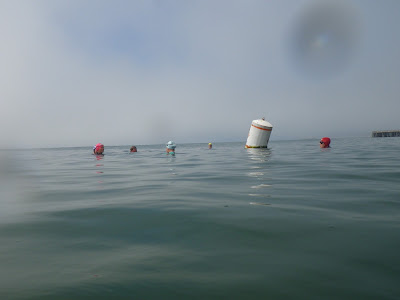 The group at the last buoy to the left. 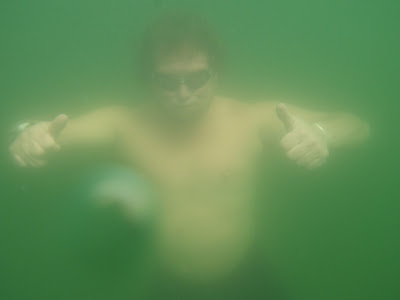 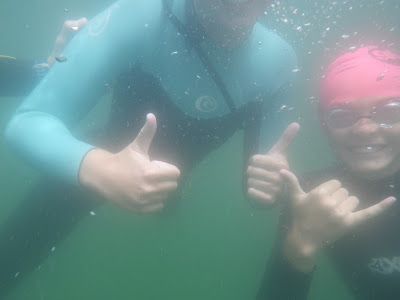 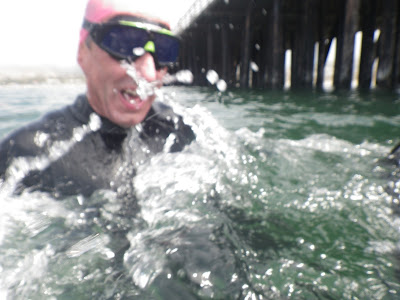 Niel and Jonny (upside down) 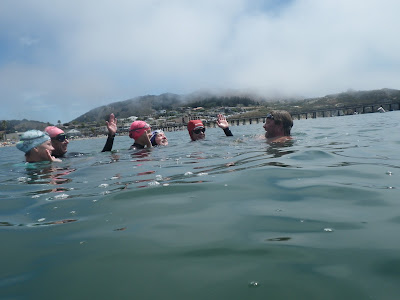 Sidney, Niel. Sam, Duke and Jonny saying goodbye to Jeff.
Jeff and his family are wrapping up their annual 5 week visit to the Central Coast and are returning to New Zealand.  We'll see Jeff again in about 47 weeks.

Nice Picture of the Swimming are there in it.in the swim coupon