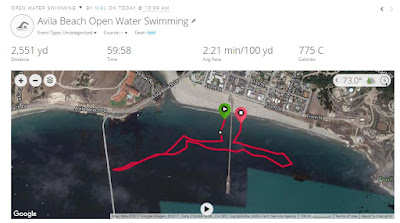 We had 11 swimmers today; Niel, Duke, Lee, Sydney, Sam, Heidi, Stephanie, Maria, Pete, Jonny and John. There was fog and overcast that cleared as we were getting in the water. I measured a water temperature of 57.7 F / 14.167 C but it felt warmer. There was a slight breeze and a long 1 foot swell out of the SE. 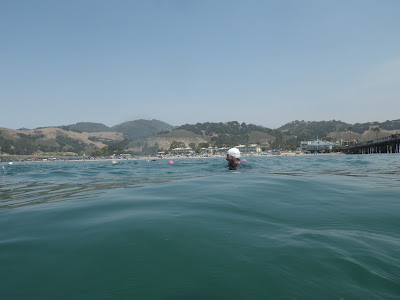 Getting started. That is Pete in the white cap. 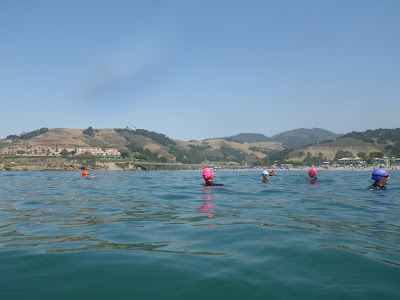 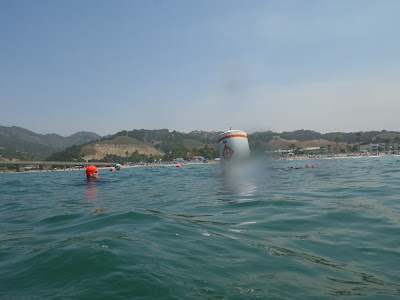 Group up at the mouth of the creek. 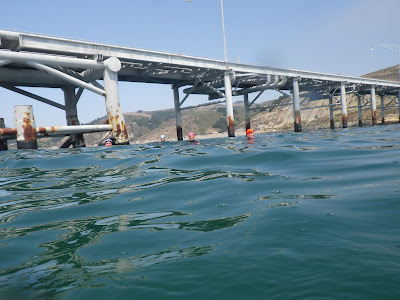 At the Cal Poly Pier. Duke, Sydney, Sam and Lee 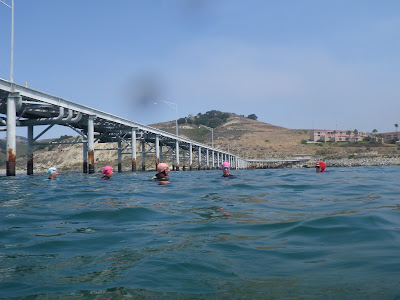 From the Cal Poly Pier was retraced our route back to the Avila Pier. About half of the group went in while the rest continued down the east half of the buoy line and back for an additional 1/2 mile.
My plot seems to indicate that I followed the same path from the creek mouth to the Cal Poly Pier and back except that I swam through several patches of kelp on the leg back. I must have been just outside of the kelp on the way out.

After our swim while we were on the beach we were treated to dolphins jumping near the little reef outside the buly line and then a visit by one or two humpback whales.

Heidi would like to swim this Wednesday evening. Maria is a maybe. Duke and I can't make it. Girls, see if you can get this organized.