Duke wanted to go long today so he proposed a route that would provide plenty of places for people to do something less than the 2.25 miles he was up for. 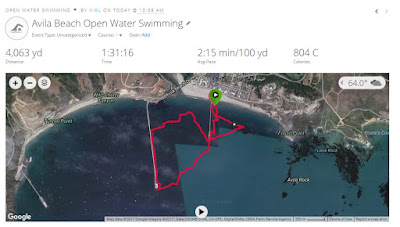 Duke, Niel, Sylvia, Heidi, Leslie, Tom, Hillary, Jeff, Sara, Ben, Sue and John. At the start it was overcast with no certainty of clearing. There was no wind but there was a current and small swell from the SW courtesy of a storm off of Baja. The water temperature was 62 F / 16.667 C.  We had 12 people in the water at the start. Sylvia would do her usual individual swim. The rest of us did a triangle to the buoy at the creek mouth. Duke, Niel, John, Hillary and Heidi swam over to our usual rendezvous point along the Cal Poly Pier. John headed back to the buoy line, making his swim about 1.5 miles. Duke, Niel Heidi and Hillary swam to the end of the Cal Poly Pier, to the end of the Avila Pier and in to the beach for 2.3 miles. 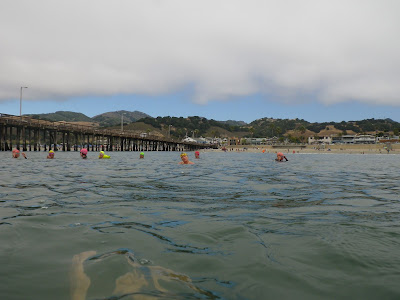 The group getting formed up at the first buoy. 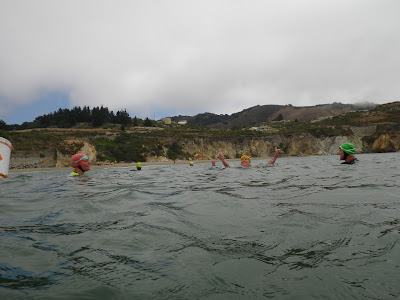 Hillary, I'm not sure, Tom, Leslie, Sue and Duke at the end of the buoy line. 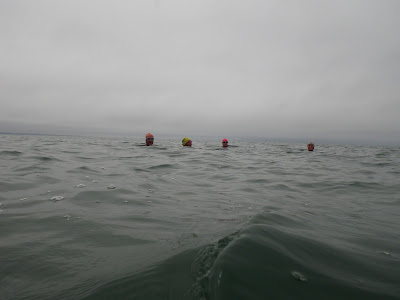 John, Jeff, Heidi and Hillary at the end of the Avila Pier. 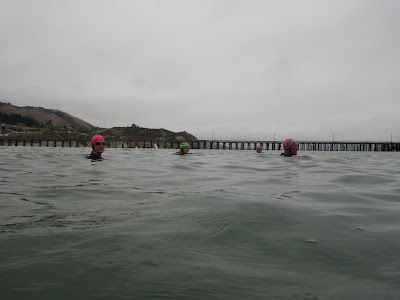 Heidi, Duke Hillary and John at the creek mouth, ready to head over to the Cal Poly Pier. 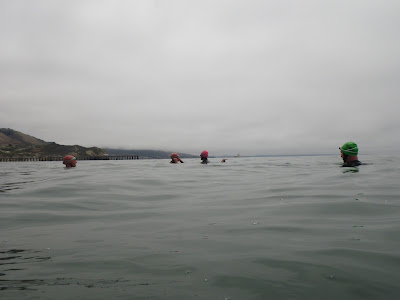 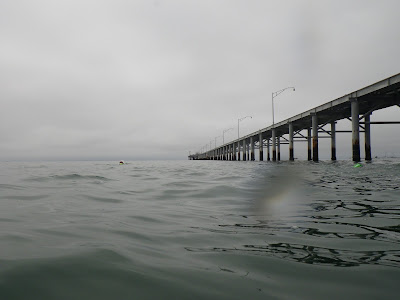 Hillary and Duke off to the far end of the Cal Poly Pier,
which is about 600 M further out to sea.
Who says that we don't do any swims with lane lines? 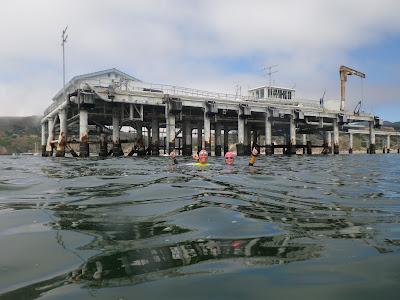 Hillary and Heidi at the end of the Cal Poly Pier and still all smiles.
This was the longest ocean swim Heidi had done.

We had a nice push from that SW swell from here to the Avila Pier. The conditions had been wonderful and we all had a great time.

I'm planning on swimming on Wednesday evening. In the water at 6.