We had seven swimmers for the 4th of July Swim; Niel, Heidi, Duke, Sara, Maria John and Jonny.  There was dense fog or overcast, an air temperature of 58 degrees, no wind, nice transparent water and a water temperature of 54F/12.2C degrees. 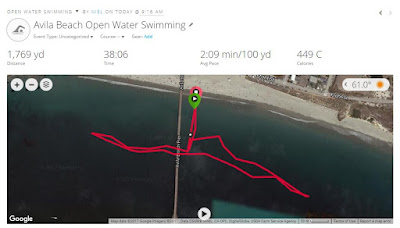 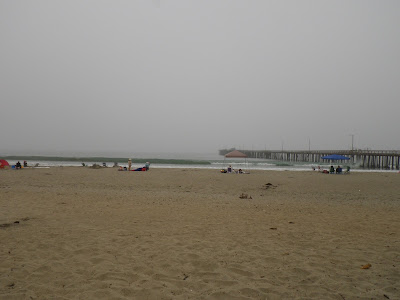 The fog was hanging in close to the water so we decided to stick to the buoy line. 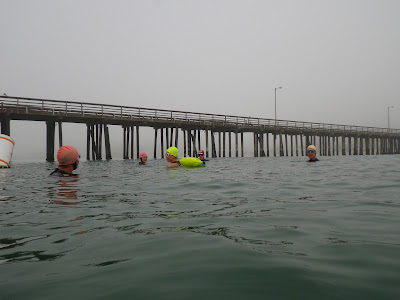 Duke (out of the frame to the left) John, Maria, Sara, Jonny and Heidi at the first buoy.
Our route would be out to the first buoy, under the pier, down to the creek, then doubling back past the first buoy to the opposite end of the line and back to the pier. 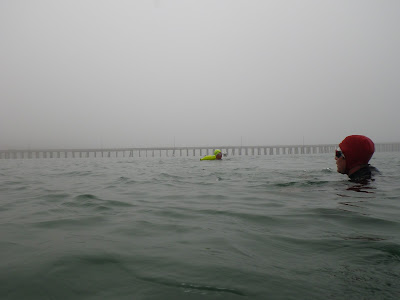 Sara and Jonny at the mouth of San Luis Obispo Creek 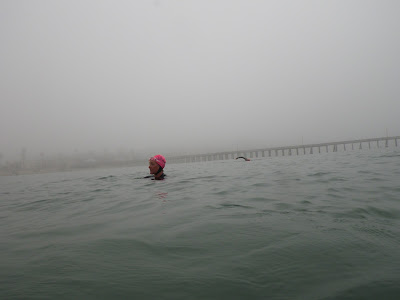 The same spot, Maria and John catching up. 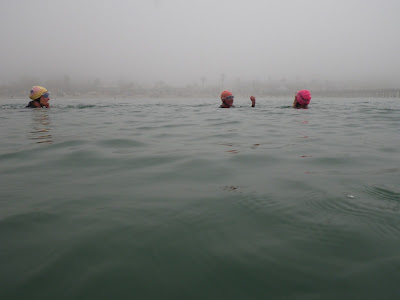 Same spot, Heidi, John, who is explaining why we was halfway to the beach, and Maria. 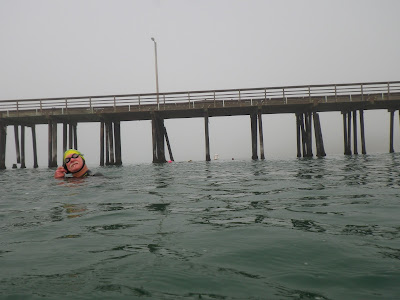 Duke back at our starting point with the others coming under the pier. 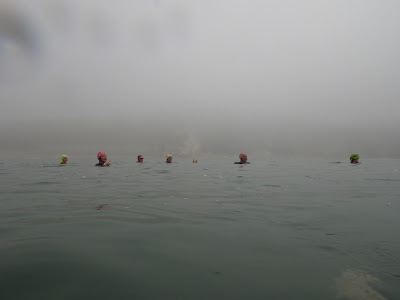 Sara, Maria, Jonny, Heidi, John and Duke at the opposite end of the buoy line. We'd lose sight of the beach at times. 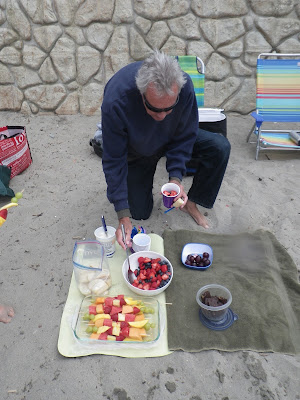 In spite of the foggy and cool conditions we has a great swim. The water was very smooth and we all felt like we were gliding along.
John and the pot luck; Niel's strawberries and blueberries with shortcake and vanilla yogurt, John's home grown Santa Rosa plums, Heidi's coffee infused brownies
and Maria's fruit kabobs.

We will swim tomorrow evening, Wednesday, at 6 PM. Duke, Jonny, Niel and Maria are planning on showing up.