Wednesday's swim report is by Heidi

Swimming tonight were Hillary, Maria and Heidi.  It was sunny and air temp around 72 F. There were swells from the south and a strong current and steady breeze out of the west, creating some chop.  The Port reported a water temp of 62 F but it felt a little warmer.  We decided to go head on against the current first, so entered the water on the west side of the pier, swam to the first then to the fourth buoy.  From there we swam to an anchored boat.  It was a bumpy and fun ride on this side of the pier.

Then we had a nice smooth push to the end of the pier and to the fourth buoy on the east side.  Back to the pier along the buoy line and we finished our one mile swim as daylight was fading.

Cheer on Maria and Hillary as they tackle the Santa Cruz triathlon this weekend.  They won’t swim with us Sunday but the three of us gals plan to swim again next Wednesday, toes in the water at 5:30 instead of 6, due to the shortening days. 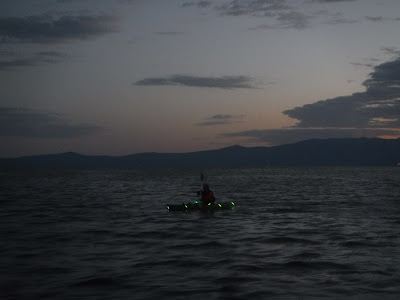 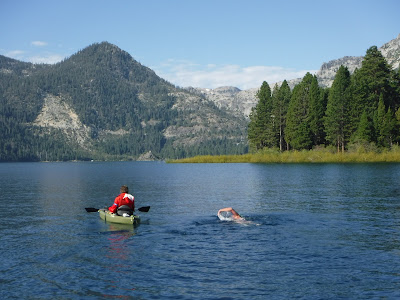 What a great spot to swim.

Dave also has a successful south shore to north shore crossing, a distance of over 20 miles.