Here are some pics from the swim on October 22nd.
We had a beautiful day and good conditions for the swim.  Three boats dropped off approx 70-80 swimmers at Alcatraz for the trek back to shore. Didn’t hear the water temp during race briefing but 55-58 most likely. A few brave souls swimming sans wetsuits.
Swam breathing to the right for most of the swim to avoid the glare from the sunrise over the Bay bridge. The Golden Gate was a sight to behold, lit up amber, in the early morning light, living up to its name. Swam with Pete for the first part of the channel swim, then he gained ground while to took pics and I could not catch him. Fort Mason was our sighting point, close to where I encountered a camera shy seal. The goal was to reach St Francis yacht club but the tide turned sooner than expected and after 90 mins in the water, no-one was getting anywhere swimming parallel to shore. Jumped in pick up boat for last 1/4 mile of 2 mile swim, then back in for landing at the beach.  Fantastic experience all round with great support! 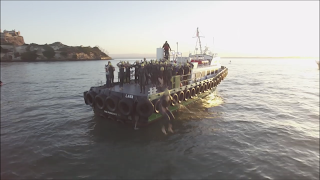 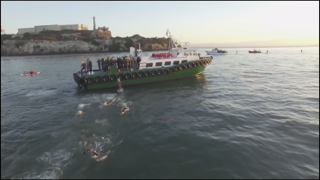 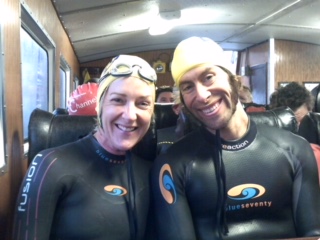 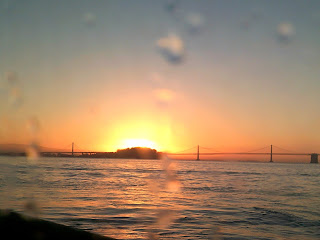 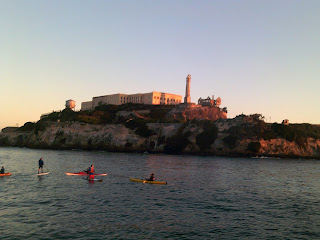 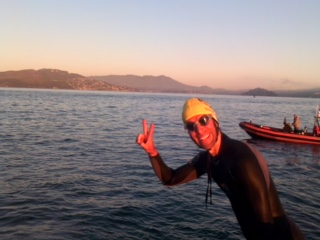 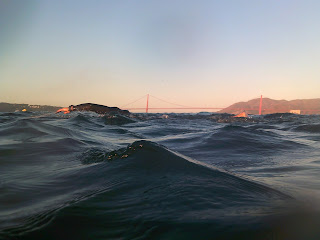