Today's swimmers were John, Jonny, Niel, Karen, Maria, Hillary and Peter Kelley. As is his custom, Peter did his own solo swim. 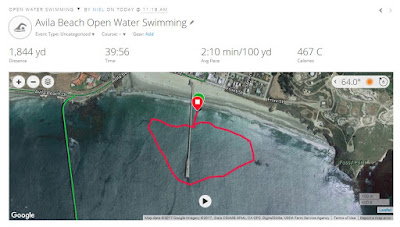 We did a simple counterclockwise lap of the triangle today. Soon the buoys will will be pulled out for the winter so we decided to make use of the navigation aids while we can. 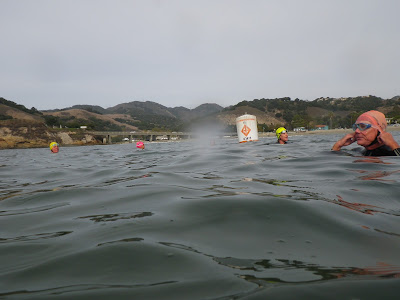 Hillary, Karen, Jonny (behind the water drop) and John
at the creek mouth.

The sky was gray overcast. There was no wind but a noticeable current and swell out of the SW. I measured a water temperature of 57 but I thought that it swan like 55. John though it was warmer than 57. The surf was 3' +/-. 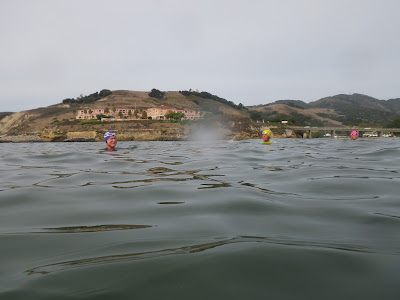 Duke, Hillary and Karen at the creek mouth.

We are looking for paddlers who could accompany us on a swim around the the rock off of Fossil Point in the next few weeks. Let's talk next Sunday and see if we can put a supported swim together.

There is a chance of rain late next week sbu it should not affect our swimming on Sunday.