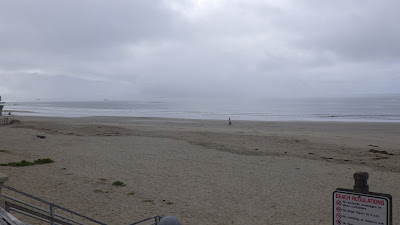 Looking towards Pismo Beach before we got in.

The Easter Sunday swim began with overcast and lite drizzle making it pretty cool on the beach. I estimated the water temperature at 53 to 54. The water looked brownish in places but I could not tell if it was silt in the water or reflections of the clouds. There was a small wind chop coming from the SSE.
There were several other groups of swimmers in the water while we were there. Today we had Niel, Tom, Teresa, Phil, Hillary and Jonny. Between us we managed to do four different swims. Tom got in early by himself and swam the Avila Triangle clockwise. At 11 Phil and Teresa headed to the end of the pier, down to Fossil Point, back to the pier and around some more for a total of 2 miles. Niel, Jonny and HIllary followed Tom's route. Heading from the end of the Avila Pier to the creek mouth the water became silty and a bit stinky so Hillary turned back to the end of the pier while Niel and Jonny swam along the beach and finished the triangle for a mile. From the end of the Avila Pier HIllary doubled back along our route out, did some drills and was the last swimmer out of the water. 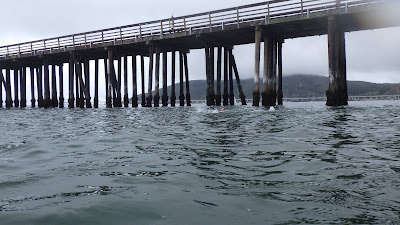 Jonny coming out along the Avila Pier. 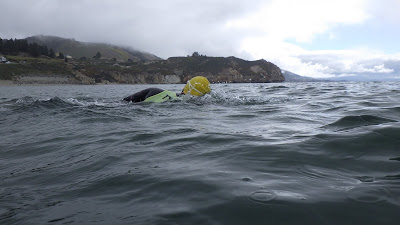 Hillary arriving at the same spot 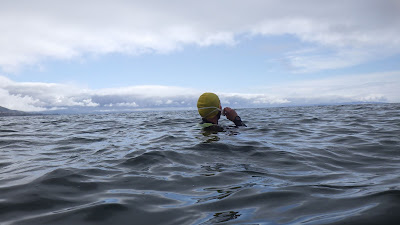 Same spot. Hillary looking towards the chop was coming from. 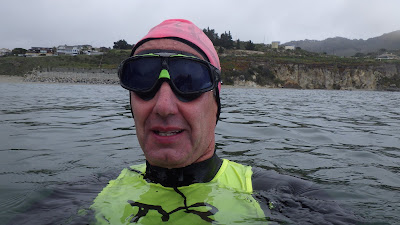 Niel at the end of the beach and the first leg of the triangle. 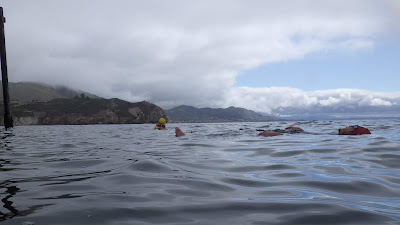 Hillary and the SS Avila Dolphin with Jonny at the end of the Avila Pier. 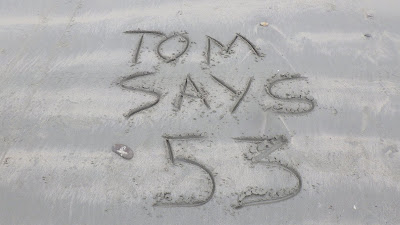 Tom left his water temperature estimate on the beach.
I'd agree. With no sunshine to help I never got warmed up today. 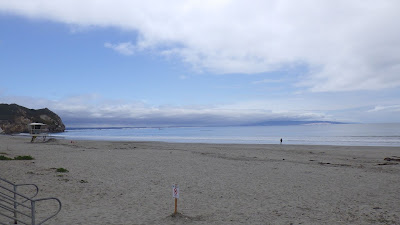 Afterwards we had less gray and almost some sun. 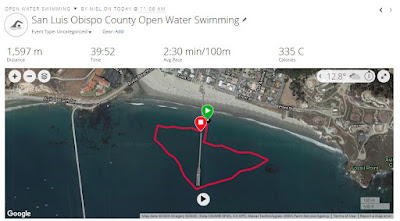