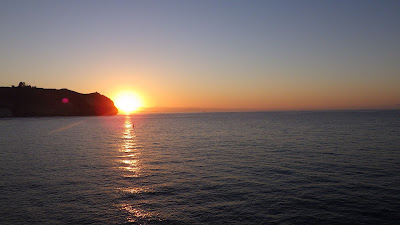 Sorry, your pool can't compare to my ocean. What a great place to swim.
Avila Beach was 47° at 7:30 heading up to a noon temperature of 70°, in November.
The water temperature was 56° and felt colder at the end of the Cal Poly Pier.
The water was nice and clean with surface conditions what were messy but great for swimming. From the Avila Pier I saw three different swells. One from the west (? bouncing off of Fossil Point? I have no idea how this was happening), the second from the SE and a third from the SW. The SW swell was the largest but none of these were big. The ocean did not look chalgening from the beach but once in the water there was a lot of movement to deal with.
At 8 it was Leslie and I. We decided to do a loop that would have options to drop off if we got cold or whimpy. 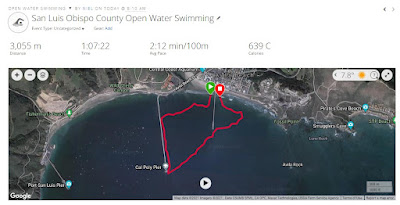 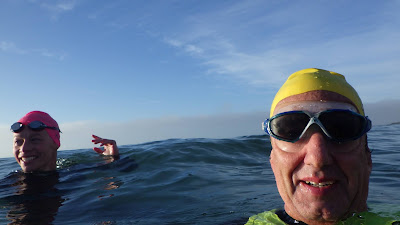 Leslie and Niel at the end of the Cal Poly Pier 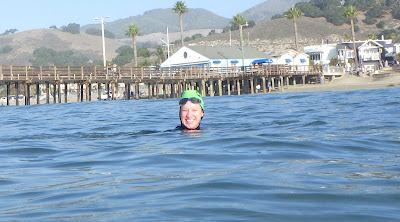 Stephanie had gotten in after us. We met up as we were getting out. 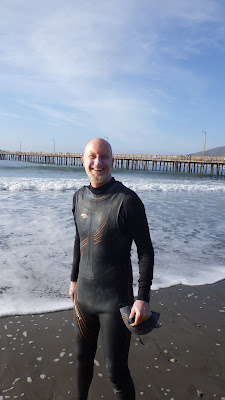 And Tom getting in.
I'll swim tomorrow at 11. Duke will be out of town. Leslie is planning on being there.
niel
Posted by Niel at 11:38 AM