At 7:30 Avila was bright and sunny and already getting crowded. Avila was starting to fill with tourists on Tuesday and it looked like it would be a happening place today. The air temp was 35° and would be 63° in 90 minutes. The water was 55°, clean and between the light offshore breeze and the various swells was generally bumpy with 1 foot surf. A white shark had been spotted over near the Cal Poly Pier early in the week but the warning signs were no longer up. 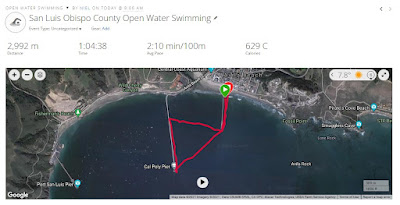 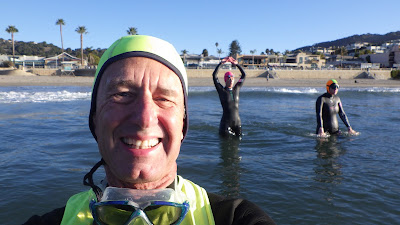 Niel, Leslie and Jodi gettin in. 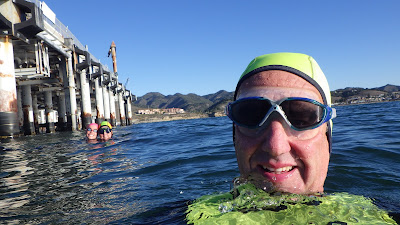 Leslie, Jodi and Niel at the end of the Cal Poly Pier.
I'll be back at 8 on Saturday and at 11 on Sunday to work off that second piece of pie!
niel