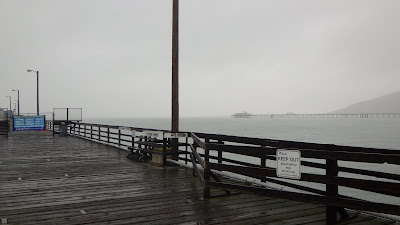 It was either light rain, heavy mist or just totally dripping this morning. It wasn't really rainiing but everything was wet and getting wetter. The air temperature was 54° and the water was 56°. The surf was 2+ foot and there was a triple SE swell that made for variable swimming conditions.  I was on my own this morning.  Duke likes to put on his wetsuit at home before the short drive down the hill to Avila, but this morning the zipper gought caught in the couch and he couldn't get untangled in time to jump in with me.  I swam a couple of triangles with four lengths of the pier thrown in. 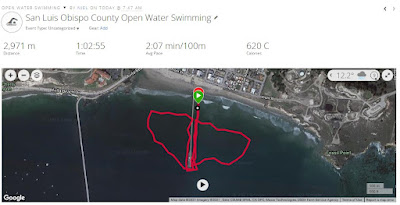 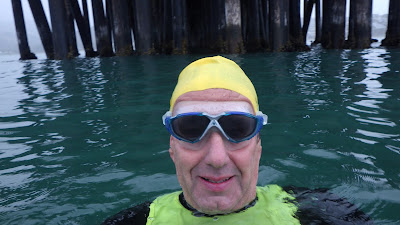 The water was nice and clean but I was colder than I should have been, which was either a mental thing or having had just a salad with no protein and just some oil and vinegar for dinner last night.
My next swim will be next Tuesday so Duke is in charge until then.
niel
Posted by Niel at 11:06 AM