At 10:30 it was 70° degrees at Avila Beach. The water was 57° and kind'a red, but not as thick as yesterday. The was a steady offshore breeze and two foot surf. On the beach were Chad, Brittany and son Avery, Duke, Niel, David (Alex was riding her bike to Avila from Los Osos and would join us after the swim), Jodi, and Stephanie.

Tom was out there somewhere doing his own thing. Maria and Heidi had been in earlier.

We decided to swim out and left parallel to the beach until we were off of Fossil Point and were prepared to change routes if the red crud became objectionable. The wind and chop was a bit of a push on the way to the point. We decided to swim to the end of the Avila Pier which was across the chop. The chop was just the right size to make things interesting but not annoying. The last leg in along the pier was directly into the chop and was a good place to push the finish. 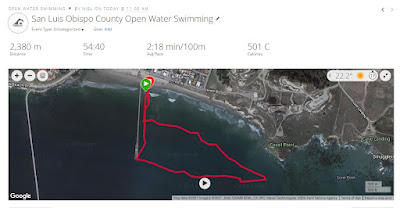 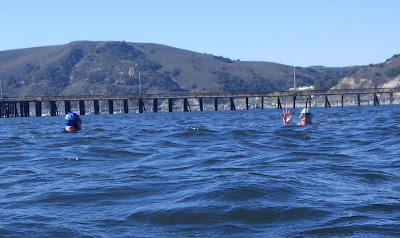 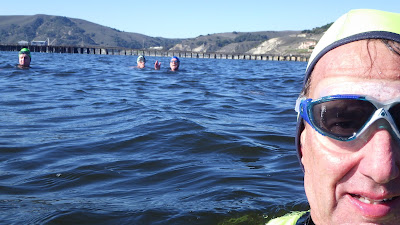 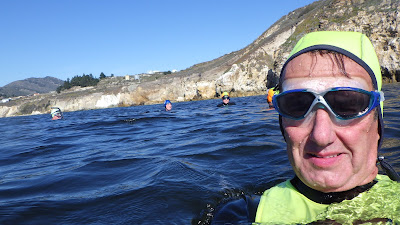 Brittany, Duke, Jodi, David and Niel at Fossil Point.
Duke and I will swim on Tuesday morning at 8. I'm ready for the water to clear up.
niel