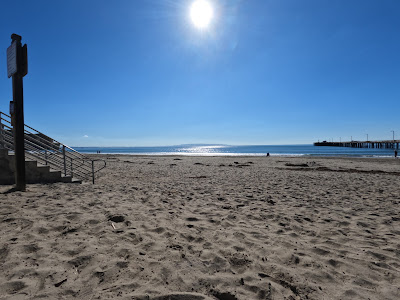 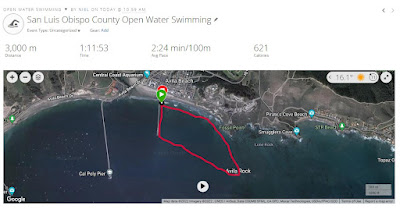 I'm going to avoid the west side of the pier at least until Thursday. The county will have water samples from Monday morning to see if the funk from last week's rain has washed out.
I decided to swim to Avila Rock and to come back via Fossil Point instead of doubling back. 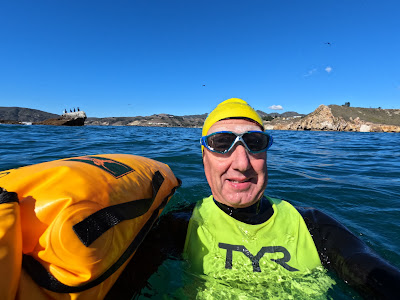 On my right four pelicans on Avila Rock and on my left Fossil Point.
The water is beautiful, very clear with great visibility. It felt warmer today than yesterday morning. I think that was the warmer air and sunshine and not me feeling a .5° increase in the temperature.  On the way out I had an easier time of it than it realized. The wind was picking up and coming back was pretty bumpy and a bit of a slog.
Tom swam earlier. We both saw Duke, Tom when he was getting in and myself when I was getting out. He is planning on being back in the water to swim a U Burner on December 15th. I'll be there.
I'll swim Tuesday morning on the east side of the pier.
niel